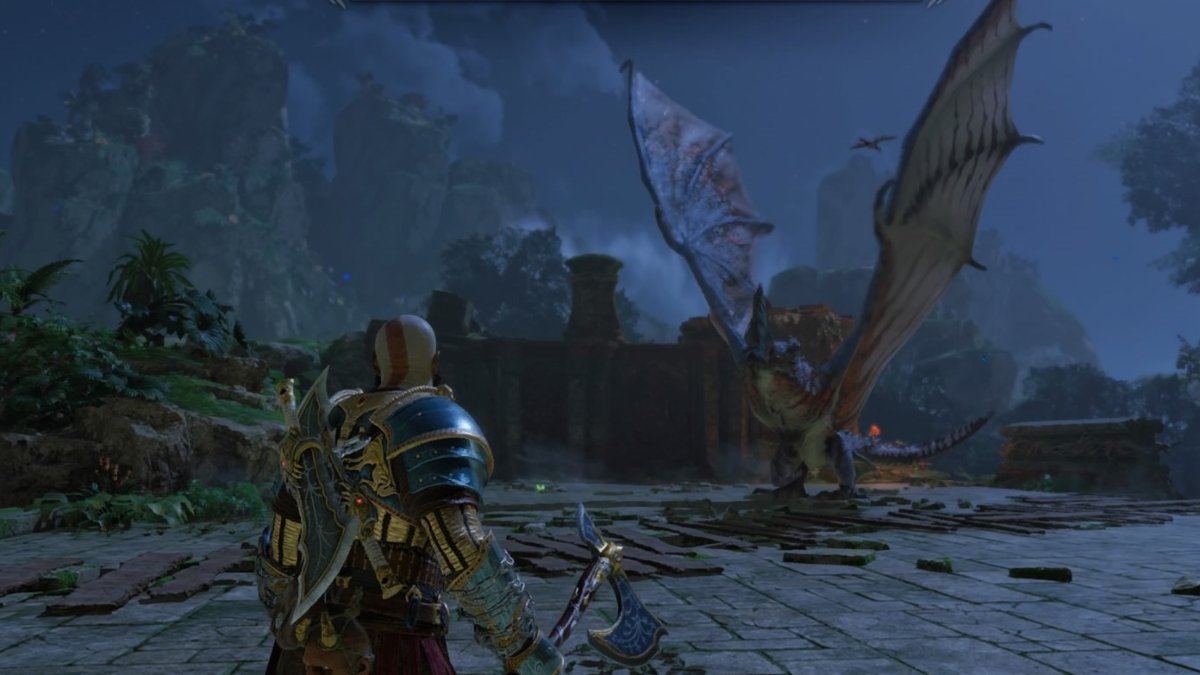 God of War Ragnarok has a lot of optional bosses for Kratos to take on in his journey across the Nine Realms. These bosses are unique in their attacks and abilities and, as such, require the utmost attention when facing them. One of the bosses Kratos will surely face is The Corpse Eater, a blue dragon. You will encounter this boss during the quest ”Trail of the Dead” in Vanaheim. Here is how you can defeat The Corpse Eater in God of War Ragnarok.

Related: How to defeat The Crimson Dread in God of War Ragnarok

The first thing you should know about The Corpse Eater is that it is very fast in movement and deadly in its attacks. You will need to be smart and careful about tackling this dragon, as one mistake will cost you greatly. For this encounter, the Draupnir Spear and Blades of Chaos are recommended as they do well in long and mid-range respectively.

Initially, The Corpse Eater will start with large bites which can be parried. A light attack combo with a heavy attack as the finisher will do great damage here. Sonic and Sigil Arrows will also work during this moment and can be immensely useful in taking a small amount of health in quick successions. It will also do unblockable lunges, so it is best to dodge them.

After losing some health, the dragon will take flight and attack Kratos from there by trying to grab him. This can be parried by using the Draupnir Spear to take it down whenever it is coming to attack quickly. This is the best time to attack the dragon as it will quickly fall to the ground. During this time, use the light and heavy runic attacks and Runic to damage it severely.

If you fail to attack during its flying attack, then the dragon will take Kratos and fly away. During this time, you will need to use R1 and R2 to attack it to weaken its claws and go back to the ground.

It also goes for its frost-breathing attack, which is also a good point to attack. During this time, you will notice its glowing neck, which is its weak point. Quickly use the Draupnir Spear to attack it, and it will lose a fair bit of health. This frost attack is unblockable, so you will have to time your attacks carefully. Use the Sonic or Sigil Arrows here.

There is also another variation of its frost attack, which covers a large area instead. During this time, it will fly up and release frost balls sideways. It will finish the attack after lunging forward toward Kratos. Stay away from it until after it finishes this attack. Then you will have a short time to attack it. Use the heavy attack as it gets stunned quickly, followed by the arrows. Sometimes this attack is blockable, so you will have to see whether the yellow circle shows up.

Afterward, it will go for mostly lunge and frost attacks. This is where the dragon becomes unpredictable, and patience is a key factor in defeating it. Use the arrows and the Draupnir Spear and Blades of Chaos to weaken it. Don’t forget to use the Spartan Rage too.

Continue with the methods above, and the health of The Corpse Eater will be completely depleted. After that, use the Finisher to finally defeat it. The rewards for defeating the dragon include Dragon Claws and Sigil of Doom Amulet Enchantment.