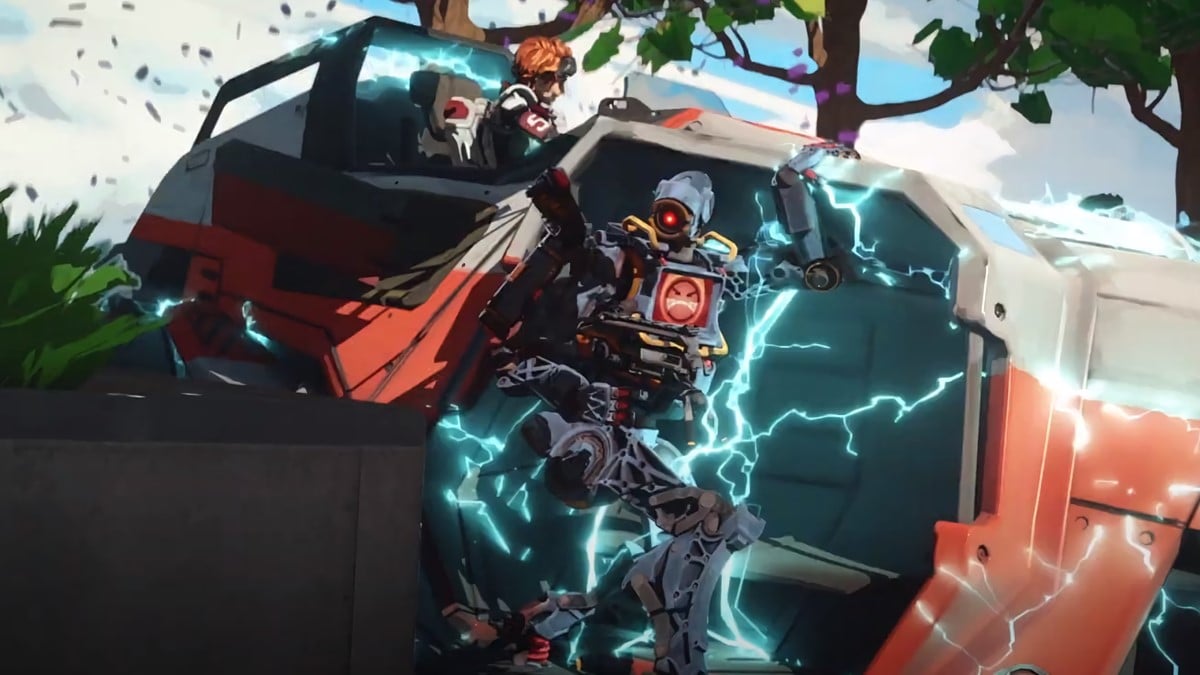 With Season 7: Ascension’s introduction of the Trident, the first player-controlled vehicle, there comes a new set of tricks and challenges. Tridents spawn within points of interest around the outer edge of the map, meaning that teams may often be relying on them to get from point A to point B.

There is a limited number of Tridents in each match, so if you see another team driving one, you make want to put it out of commission. While the Trident does not have a health bar, and dealing damage to it will only slightly damage the player inside, you can disable it instead. There are three major ways to disable a Trident, and the truth may shock you — literally.

The method that requires the least planning and can be done with any legend is just chucking an Arc Star at it. If the vehicle is moving fast, it may be a little tricky, but also, nothing is stopping your squad from spam-throwing Arc Stars in front of a moving Trident, or using it on a Trident that is at a standstill.

That’s not a funny fence; that’s a serious asset. If you’re playing as Wattson, you can set up fencing by ramps or major roads to disable or deter any Tridents trying to drive through. It will also be valuable to set them up around tight corners, so players can turn into them before they even know what hit them.

Here is where it gets really interesting. A charged-up Sentinel used to just have the buff of dealing more damage to shields, but now this extra shock has a dual purpose. A charged Sentinel can disable a Trident. This is the only long-range way to do this, and it’s helpful to note that the Sentinel is the gold fully-kitted weapons rotation with the 4x-10x Digital Threat optic equipped.

Overall, any weapon (or trap, in the case of Wattson’s fences) that has the ability to shock a player can and will disable a Trident on hit and put it out of commission. Figure out which method works best for you, and put an electrifying end to that pesky enemy squad’s joyride.