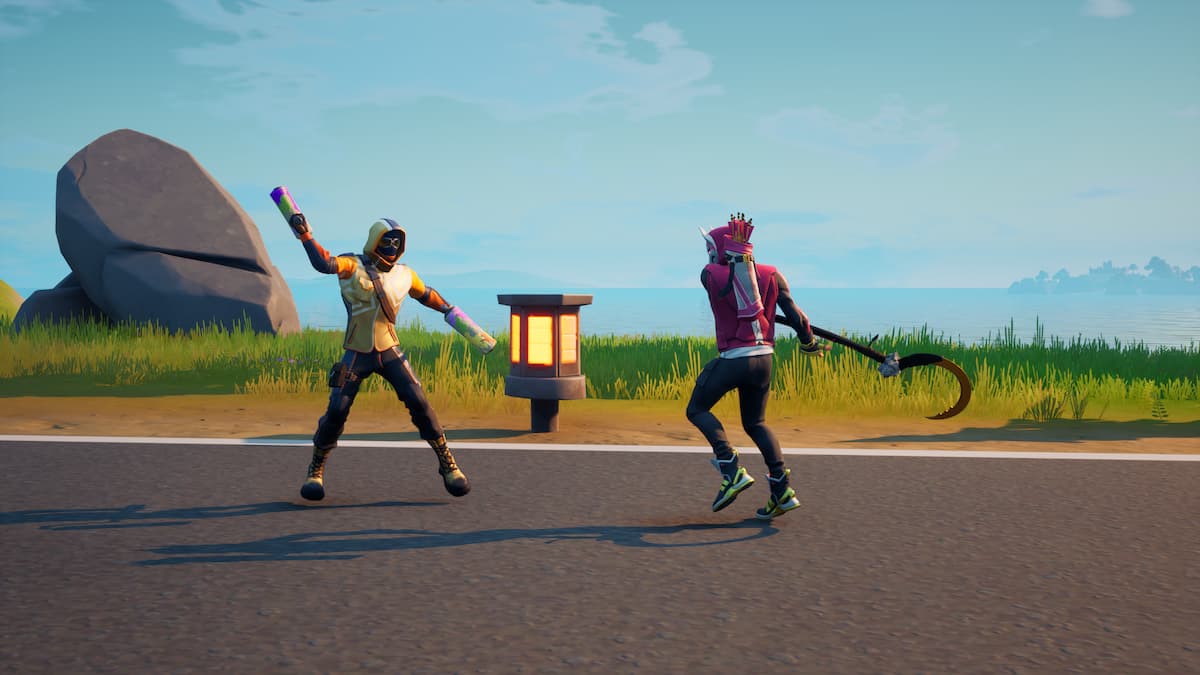 While much of Fortnite’s gameplay centers on shooting other players, there is another way to damage them. You can strike enemies with your harvesting tool, commonly called a pickaxe, to do melee damage to them.

Sometimes, a challenge will appear in the game that requires you to do a certain amount of melee damage. In Fortnite Chapter 2 Season 5 Week 10, players need to do 300 melee damage to complete one of the epic quests. After some trial and error, we can tell you that damage done to NPCs does not count toward this challenge, and neither does damage done to IO guards.

To get the melee damage you need, you will have to hit other players with your harvesting tool. This can make life a little awkward, as any player with a gun is just going to try and shoot you. The trick is to find people right at the start of a match, when they will not have had a chance to loot up.

Another thing you can do is simply stay on the Battle Bus. Wait till the very end then let it kick you out automatically, and fall down without deploying your glider. If you are lucky, there will be an AFK player that you can stay near, then kill them with your harvesting tool when you both hit the ground. There is almost always at least one AFK player in most lobbies, so this works far more often than you think it would.