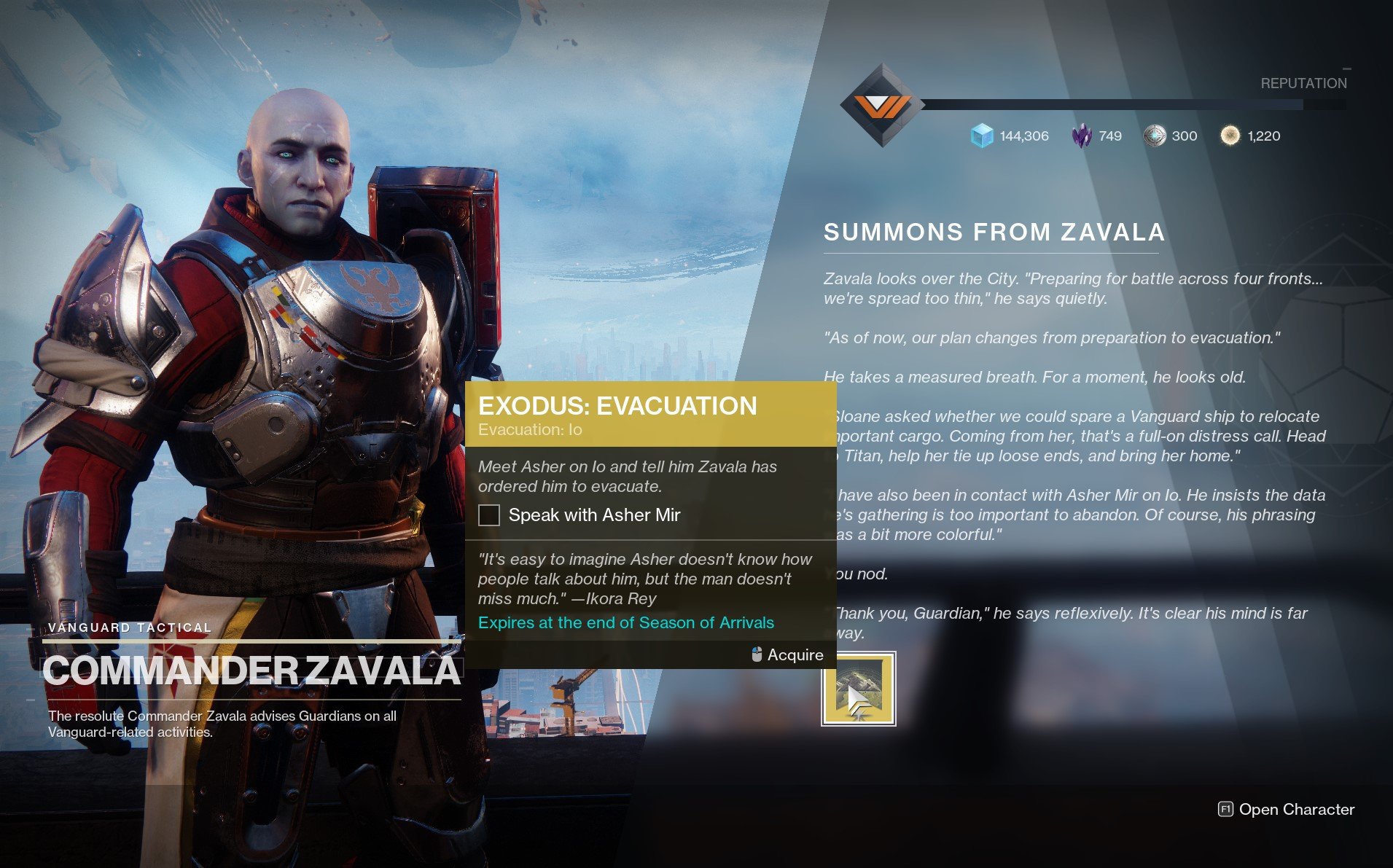 It’s time to pack up your things in Destiny 2 and prepare for the darkness. Zavala needs your help making the final arrangements so everyone can leave their respective planets. It’s to prepare for the upcoming new installment of Beyond Light, set to release on November 10. To start this quest, make sure you’ve already completed the previous one, Exodus: Preparation, and then speak to Zavala on the tower.

It’s also how to get the new exotic, the Traveler’s Chosen.

It’s time to make your first stop to IO. Travel to the planet and go to The Rupture spawn location to speak to Asher for your first task. He needs more information about what’s going on. Your first task requires you to visit the Sanctum of Bones to kill the Taken there, and open the chest:

The Sanctum of Bones is at this location, near the Rupture spawn point. Complete the lost sector to advance the quest.

After completing those tasks, you next need to complete the Pyramidion Strike on IO, and then take out 40 Vex anywhere on IO. You can double up on the quest, so feel free to do both in the strike.

After completing the Pyramidion and scanning the Vex, it’s time to hit an adventure called Unexpected Guests as a heroic. You can do this on IO, on the left side of the map designated by the blue flag.

Return to Asher once you’ve finished the heroic. Next is Titan.

The next stop is to visit Titan. Like IO, speak to Sloane to assist with the evacuation off the planet. You need to visit the lost sector in Siren’s Watch called Methane Flush. Head inside to complete these objectives:

You can find Methane Flush at this location inside of Siren’s Watch. It’s right next to Sloane, making it easy to find.

After acquiring the three pieces of Golden Age Tech, you’re off to complete Savathun’s Song, the strike that takes you through the area you just completed. Along the way, you also need to collect 25 tech fragments. You probably won’t collect all of the tech fragments during the strike. Make sure to collect the rest by taking out Wizards, Knights, and Orgres on Titan.

Return to Sloane after you finish the strike and collect all of the tech fragments.

It’s time to return to Zavala to inform him you’ve assisted helping those on IO and Titan prepare for the evacuation to the Tower. He thanks you for the time you’ve done for those planets, but there are still more to save.

Teleport to The Lighthouse and speak with Brother Vance. You can skip the lost sector adventure, and instead focus on completing the strike called A Garden World, and you will also need to collect 15 Timeline fractures.

The next objective is to complete another strike called Tree of Possibilities. You can find it right above A Garden World in the Mercury map. Complete it, and collect 40 Traces of Osiris during the mission.

After completing both strikes, a new flag appears next to them on the Mercury overlay for the Bug in the System adventure, as a heroic. It will be slightly difficult, but it will follow the same story steps as the original adventure. Speak to Brother Vance after successfully going through it to continue.

The next planet on your list is Mars. Teleport to the world and speak with Ana Bray. She wants you to perform a Data Log with Rasputin, and following the signal it is giving off. You can find the location going into the Aurora Reach.

After you obtain the Data Log, return to the main area of Mars, and take out five Hive bosses during Escalation protocols to earn Rasputin Frame Pieces. These are the final bosses of the waves, so you need to complete the entire wave to face off against a single boss.

Up next, it’s time for another heroic adventure. It will be available on your main map as a blue flag, and it’s called Deadly Tremors. It’s the final step, and you can return to Ana after you complete it.

After helping those two planets, Zavala wants hear how things went. Return to him in the Tower and speak to him about evacuating those locations. He gives you the Travel’s Chosen weapon as a reward. 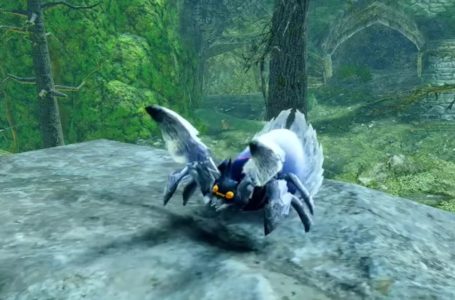 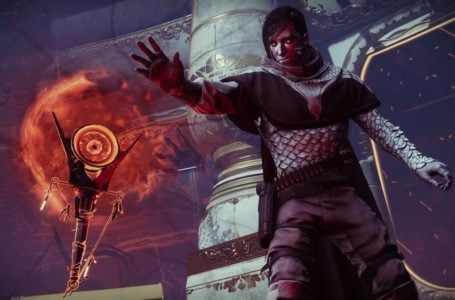 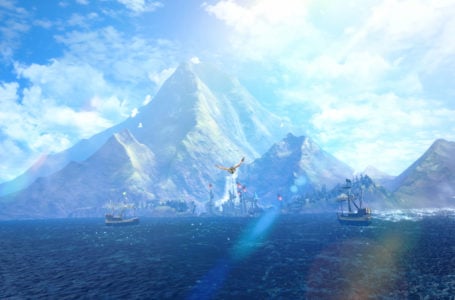 How to get a Deadly Poison Sac in Monster Hunter Rise: Sunbreak 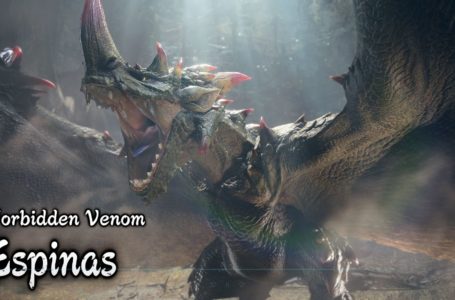