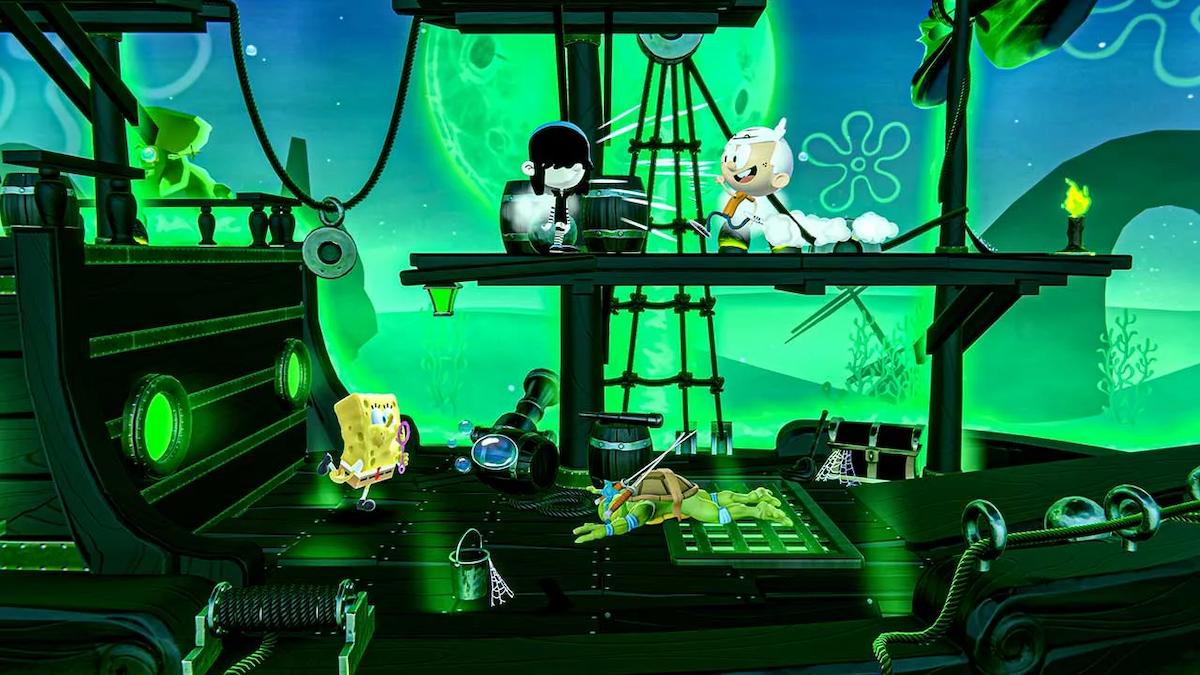 As a platform fighter, knowing how to maneuver around platforms in Nickelodeon All-Star Brawl is vital to staying alive. However, those coming from Super Smash Bros. might be caught off-guard by the apparent lack of one prominent technique — platform-dropping. But rest assured, this all-too-vital technique is in All-Star Brawl; it’s just performed a little differently in Nick’s crossover fighter.

To platform-drop, first board a soft platform, which is essentially any thin, midair platform you can jump through. The floating, moving platform in Jellyfish Fields is a good example. Once you’re on top, hit down on the left analog stick and the jump button at the same time. You should fall right through like a hot knife through butter. As soon as you start your descent, you can perform any action you wish.

This is a pretty basic piece of tech, but it is a versatile one. When facing off against an opponent, chances are you’ll eventually end up on top of a platform while your foe sits below you. Without platform-dropping, your options are fairly limited. You could try to walk off the platform, but it’s easy for your opponent to counter that with a swift aerial attack. You could also try going high to land elsewhere on the stage, but the more time you spend in the air, the easier it is for your opponent to figure out where you’re going to land.

Related: How to grab and throw in Nickelodeon All-Star Brawl

In this scenario, platform-dropping would effectively give you the most direct route to your opponent. With this shortcut, you could fire off an aerial at them, potentially gain better stage positioning, and possibly even start a combo.

This technique can also be used defensively. You can perform a shield-drop by holding down the block button before platform-dropping. Your character should immediately transition from blocking to falling. This is particularly useful if things are getting a little too intense up-top, and you need to create a bit of space.

Like regular platform-dropping, you can attack as soon as you start falling. This allows shield-dropping to be used as an evasive counter of sorts. In theory, you could block a close-range attack, fall through while blocking, perform an aerial, and then make for the other side of the stage.