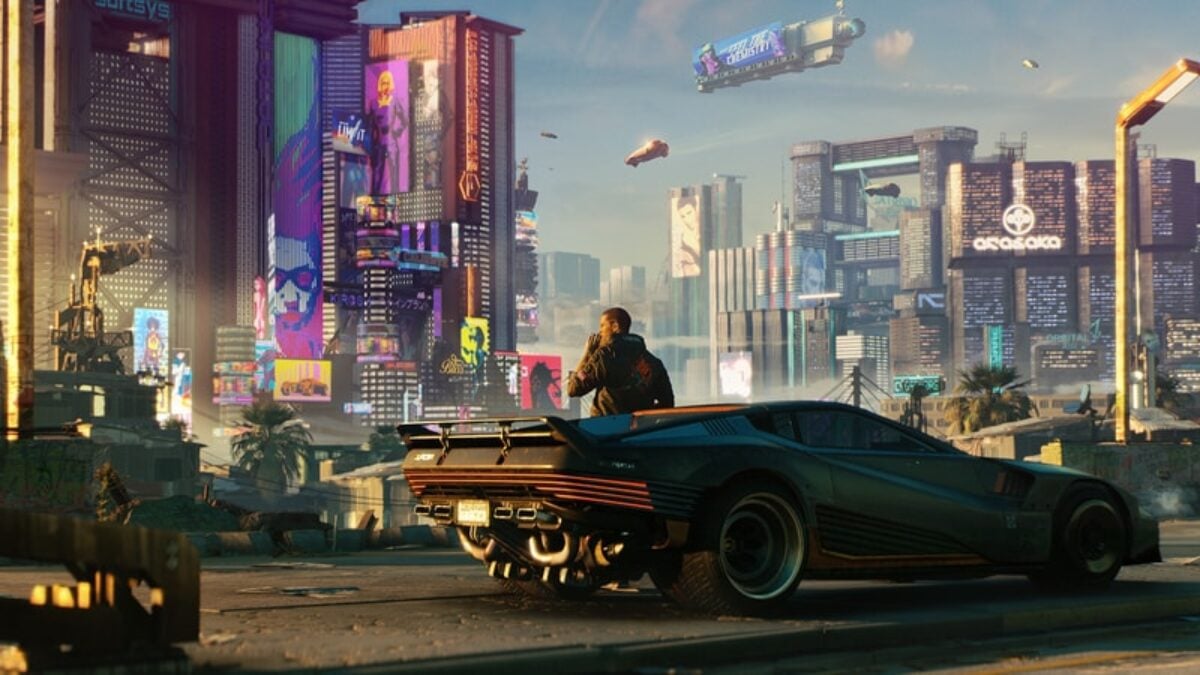 Not only will you find Hideo Kojima in Cyberpunk 2077, but you can find a direct reference to his Death Stranding game. In Death Stranding, Sam Porter, the main character, carries around a small baby in a yellow, floating tube called BBs. It’s a child that you have to care for, protect and is a major mechanic in the gameplay and story. To find the particular Death Stranding reference, it takes a little bit of effort.

We were able to find it on our playthrough during the third act of Cyberpunk 2077. First, you have to go through the quest I Fought the Law, where you investigate the death of Mayor Rhyne. You’re initially brought on the case by Rhyne’s political rivals, and while working for them, you meet an NCPD officer, River Ward. River helps you throughout the quest, and later, he calls you for another sign of help in the quest, The Hunt. The Death Stranding reference occurs here.

All you have to do is go through the steps of the quest, and eventually, River asks you to sneak into a laboratory. When you sneak into the lab, the quest directly takes you to a room where there’s a small baby in a yellow tube floating inside of it.

If you use your scanner when River stops in front of the baby, there’s a descriptive breakdown of the item. It says, “Material: Plastic and metal. Function: This device simulates conditions in the uterus. Intended Use: Maintains the life of the BB and detects BTs.” The device holding the BB looks exactly similar to the one Sam uses to carry his around in Death Stranding.

The container’s breakdown contains all of the information that you would have heard about the BBs from Death Stranding. With Hideo Kojima being in the game, there’s no coincidence that developer CD Projekt wanted to throw in another reference to Kojima’s work. It’s not too out of the way to make it difficult for players to find it, but it’s a fun nod to the 2019 game.