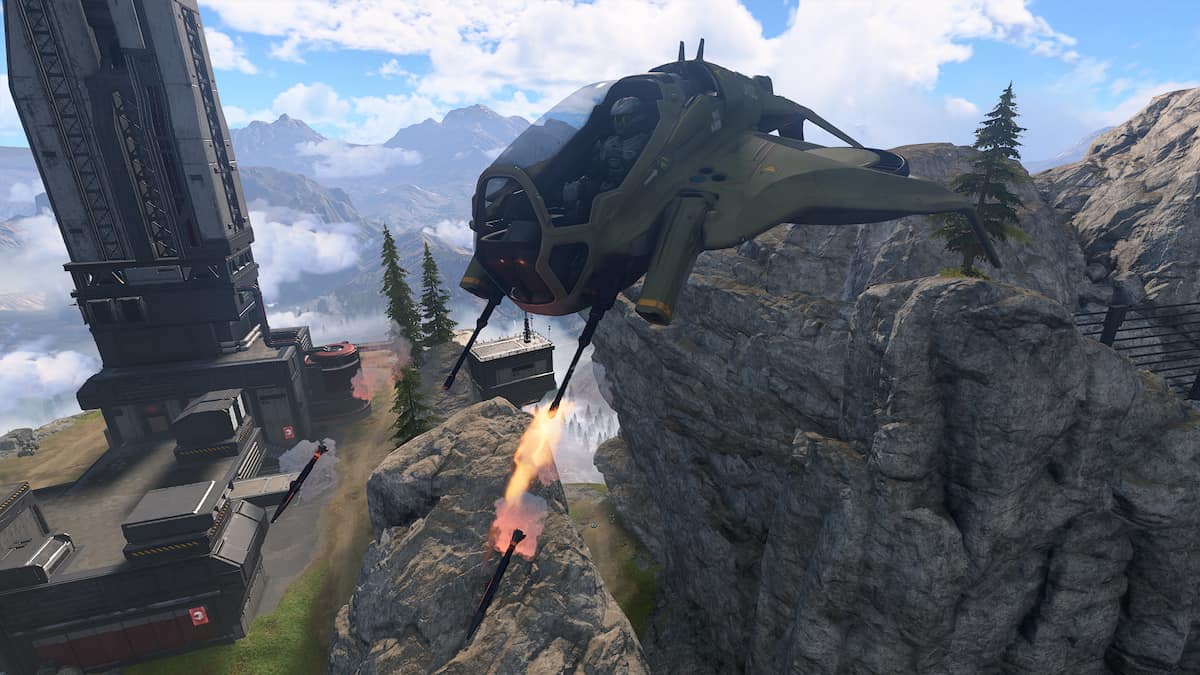 Making its return to the Halo series, Halo Infinite’s AV-49 Wasp is a speedy aircraft that can rise to great lengths and holds multiple ammo types to rain onto enemies on the ground. That being said, the vehicle is difficult to get your hands on, but it is certainly worth the chase. Here’s where to find the classic vehicle and how to use it.

Where to find the Wasp

Exclusive to Big Team Battle, the Wasp typically spawn shortly after a match has begun. When it does, it can be located in the back of each team’s spawn, sitting on top of helipads. Its cockpit can only carry one player, but others are free to stand on top of its wings to stay on the vehicle. If blown up or stolen by the enemy team, it should respawn in the same location within three minutes.

Flying and shooting with the Wasp

The Wasp can be sent into the air by pressing the right bumper, with the ability to descend with the left bumper. Attached to the Wasp are two weapon types: dual-shot bullets and dual missiles. The dual-shot bullets come at a rapid pace and don’t have a cooldown period. The dual missiles can only be shot every five seconds but end opponents with just one hit. You can swap between these weapons by pressing Y.

Related: How to fly a Banshee in Halo Infinite

To keep the vehicle from being overpowered, there are a few significant downfalls. For one, you’ll need to be wary of opponents shooting their Grappleshots at the Wasp. If the device hooks onto it, an animation will trigger, allowing the enemy to takeover the vehicle. Additionally, the Wasp’s wings are its major weak points when being shot at. As it’ll take about a dozen shots to blow it down, be sure to move horizontally to evade an explosion. This will be the only way to dodge threats, as the Wasp cannot be flipped or boosted.