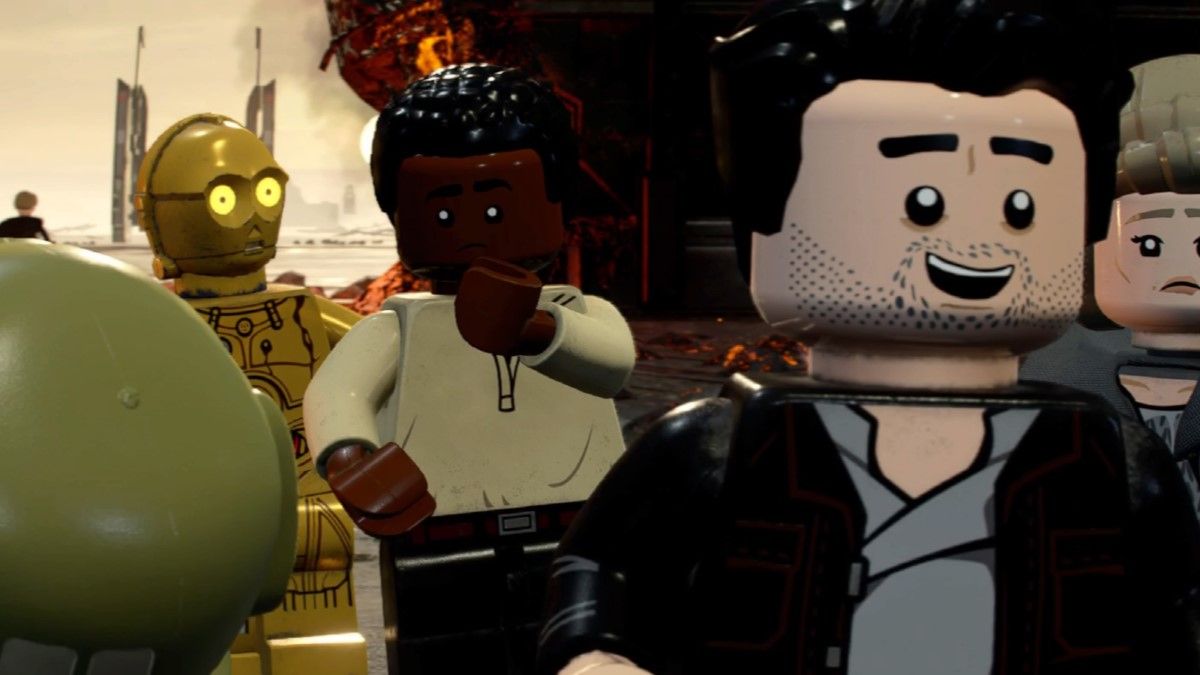 To get all five Minikits in the Ground A-salt level in Episode VIII – The Last Jedi in Lego Star Wars: The Skywalker Saga, you need to explore the Crystal Cavern very thoroughly, finding every shortcut and side tunnel. Only one of these Minikits can be collected in Story mode. To get the other four, you’ll have to replay the level in Free Play.

The first Minikit is beyond a cracked wall on the east side of the Crystal Cavern. You’ll need a Scavenger character’s Breaker Blaster ability to get through that wall, so you can only get this one in Free Play.

Go to the small chamber on the north side of the Crystal Cavern and move the animal food bowl under the animal feed dispenser. Pull the lever on the side of the dispenser to put some food in the bowl, then move the bowl back to where you found it. Wait a few seconds for animals to come and eat the food, and the second Minikit will appear. It’ll appear in pieces, so you have to build it before you collect it.

Related: How to get the Datacard in Crait Outpost in Lego Star Wars: The Skywalker Saga

To get the third Minikit, you’ll need to play on Free Play, and use a Jedi or Dark Side character to move the rocks blocking the alcove on the south side of the Crystal cavern.

The fourth Minikit can also only be obtained on Free Play, and to get it, you first have to create a shortcut using the Protocol Terminal (in other words, complete the Tight Squeeze Challenge). Go through the door opened by the Protocol Terminal, then find a large crate with gold bars on the left. Switch to a Bounty Hunter and shoot the bars to get the Minikit.

You can also only get the fifth and final Minikit on Free Play, and only after completing the Tight Squeeze Challenge. Go through the doorway beyond the fourth Minikit and turn left, following the tunnel that leads upward. In the chamber at the end, you need to complete the picture by finding the missing pieces and using a Jedi or Dark Side character to put them in place using the Force. The missing pieces are: