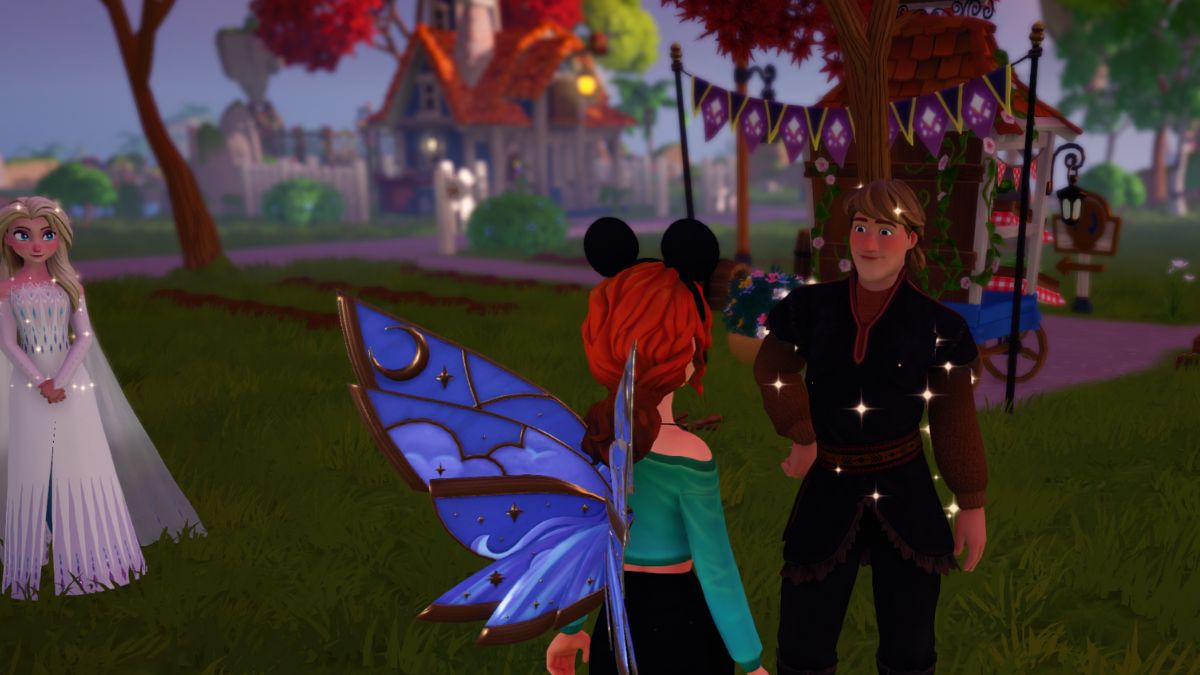 A beneficial bug has been spreading around Disney Dreamlight Valley and it comes just in time for the holidays. If you have been participating in the Missions in Uncharted Space update for the game, you may have noticed that there is something off about Kristoff’s Stall. Purchasing items from Kristoff is a no-go, but just because you can’t buy items, doesn’t mean something beneficial can’t come from it. This guide will show you how to get free money with the Kristoff Stall bug in Disney Dreamlight Valley.

How to use the Kristoff Stall bug in Disney Dreamlight Valley

Kristoff’s Stall is a useful shop that you can unlock by following Kristoff’s quest line in Disney Dreamlight Valley. You can visit his stall to purchase items like Softwood, Stone, Sand, Snow, Fabric, and Glass. His stall is especially useful when you don’t want to spend time crafting extra items for quests and furniture. After the Missions in Uncharted Space update, you may have gotten an error message that reads “NotEnoughItem” when you try to purchase something from the stall.

This error code isn’t all bad. While you might not be able to purchase items from Kristoff, you can use this bug to make yourself rich. Instead of hitting the + button to increase the number of items you want to purchase, press the – button and you will see the number of items start to go into the negatives. Using this bug, you can purchase thousands of negative items from Kristoff and when you hit “Buy,” all that money will go into your wallet instead of his.

The amazement of purchasing thousands of negative items from Kristoff won’t last long. The bug sort of fixes itself once you purchase items from him. After purchasing a negative amount of one item, you won’t be able to do it again. Instead, the next time you select the same item, you will be able to purchase a positive number instead. Because of this, you should take advantage of the bug while you can and not let it go to waste. You can get yourself plenty of funds for the holidays.