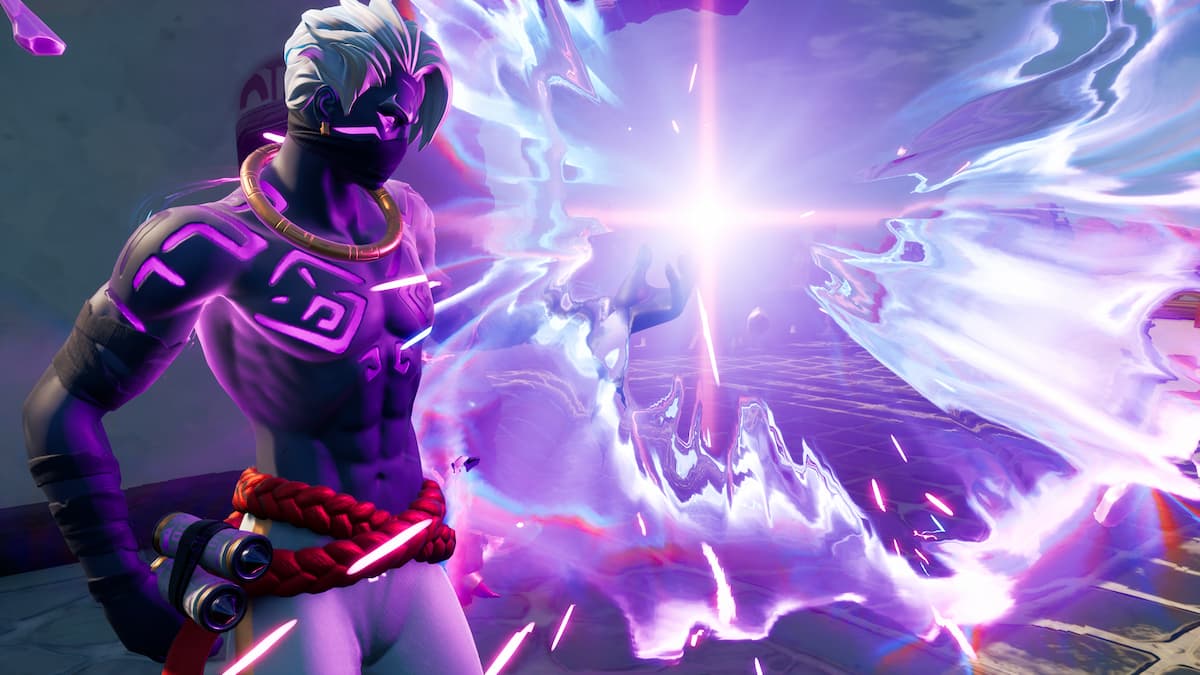 A new Mythic has been introduced to Fortnite! Mythic Raz’s Explosive Bow can now be obtained, and it will do a huge amount of damage. It is pretty much just a Mythic version of the Explosive Bows that players can craft but it does some series damage, and can easily one-shot a player with a headshot and the follow-up explosive damage.

The only way to get the Mythic Raz’s Explosive Bow is by killing Glyph Master Raz, which can be tough. Glyph Master Raz can be a bit of a handful and has some attacks that players should watch out for. He is also very tough, with a lot of health and shields.

Players should loot up as much as possible before going after Raz, because the fight might take some time. Grabbing full shields, some extra pots, some heals, and plenty of weapons is advised. Being able to engage from medium range is a great idea because Raz has a little trick up his sleeve, so try not to rely on shotguns for this fight.

If you get too close, Glyph Master Raz will attack with a beam of energy that latches on to the players, draining their health and bypassing their shields. To break it, you need to get a certain distance from Raz. Line of sight will sometimes break it, but not always.

If you are just outside of range and he goes for this attack, Raz will just float in the air and become an easy target, making it a simple task to chip away his health and shields and eliminate him. When he is eliminated he will drop his Mythic Explosive Bow.