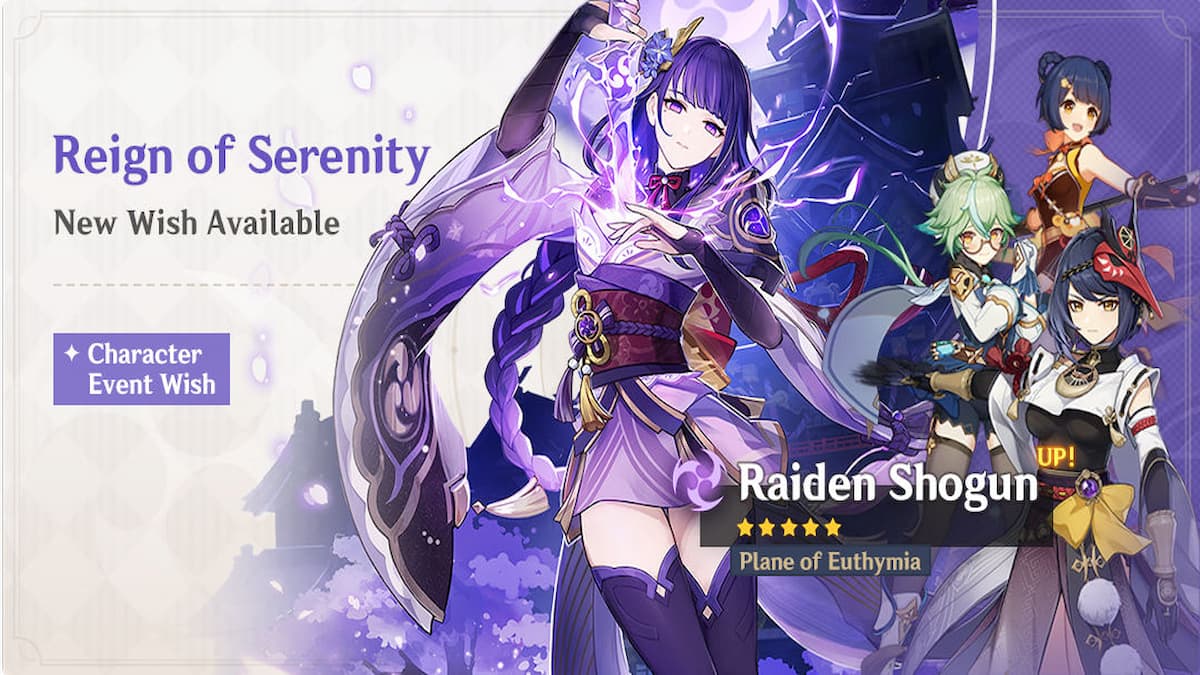 The Genshin Impact 2.1 update will be bringing four new characters, including “Plane of Euthymia” Raiden Shogun, “Crowfeather Kaburaya” Kujou Sara, “Pearl of Wisdom” Sangonomiya Kokomi, and “Savior From Another World” Aloy. Out of these, Raiden Shogun, Sangonomiya Kokomi, and Aloy are 5-star characters coming to the game, while Kujou Sara is a 4-star character.

Players can wish for the Raiden Shogun character along with Kujou Sara, Xiangling, and Sucrose in the Event Wish “Reign of Serenity.” The event wish will begin on September 1 with the release of Genshin Impact 2.1 and will be available until September 21.

During the Event Wish “Plane of Euthymia,” Raiden Shogun, along with the other characters mentioned above, will have a huge drop rate boost. In addition to this, it is worth keeping in mind that Engulfing Lightning is event exclusive and will not be available in the standard wish “Wanderlust Invocation.”

Raiden Shogun’s Normal Attack is to perform up to five consecutive spear strikes, while on the other hand, she performs an upward dash by using her Charged Attack. Players can also try out the character by entering specific stages by using fixed lineups. You can watch the official teaser of Raiden Shogun released by miHoYo below.