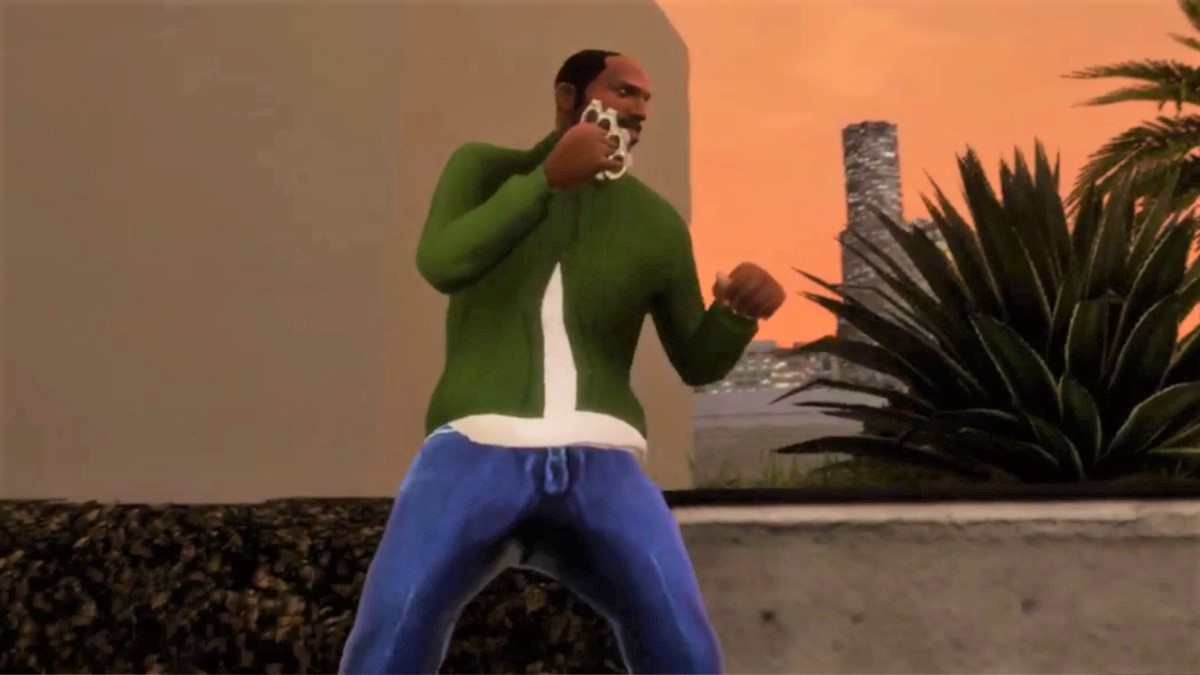 Brass knuckles can be found in various locations around San Andreas. There’s even a set of brass knuckles under the bridge over Grove Street, so you can get them right at the beginning of the game. They’re a simple, but useful, weapon that increases the amount of damage you do when punching. But if you get some brass knuckles then decide that they clash with your favorite outfit, or that you’d rather fight fair, then getting rid of them isn’t so simple.

There’s no way to drop a weapon in GTA San Andreas: Definitive Edition, and brass knuckles are the only weapon of that type in the game, so you can’t get rid of them by picking up a replacement weapon. So, the only way to get rid of brass knuckles is to get them confiscated along with all of your other weapons.

Related: How to get every girlfriend in GTA San Andreas Definitive Edition

There are three main ways to get all your weapons confiscated in GTA San Andreas: Definitive Edition. First, you can get busted, but this won’t work if you’re dating Barbara. Second, you can get wasted, but this doesn’t work if you’re dating Katie. Third, you can take a flight from one city to another, but you can only do this once you’ve at least unlocked San Fierro. A few specific missions also remove your weapons, but other than that, you need a police station, hospital, or airport.