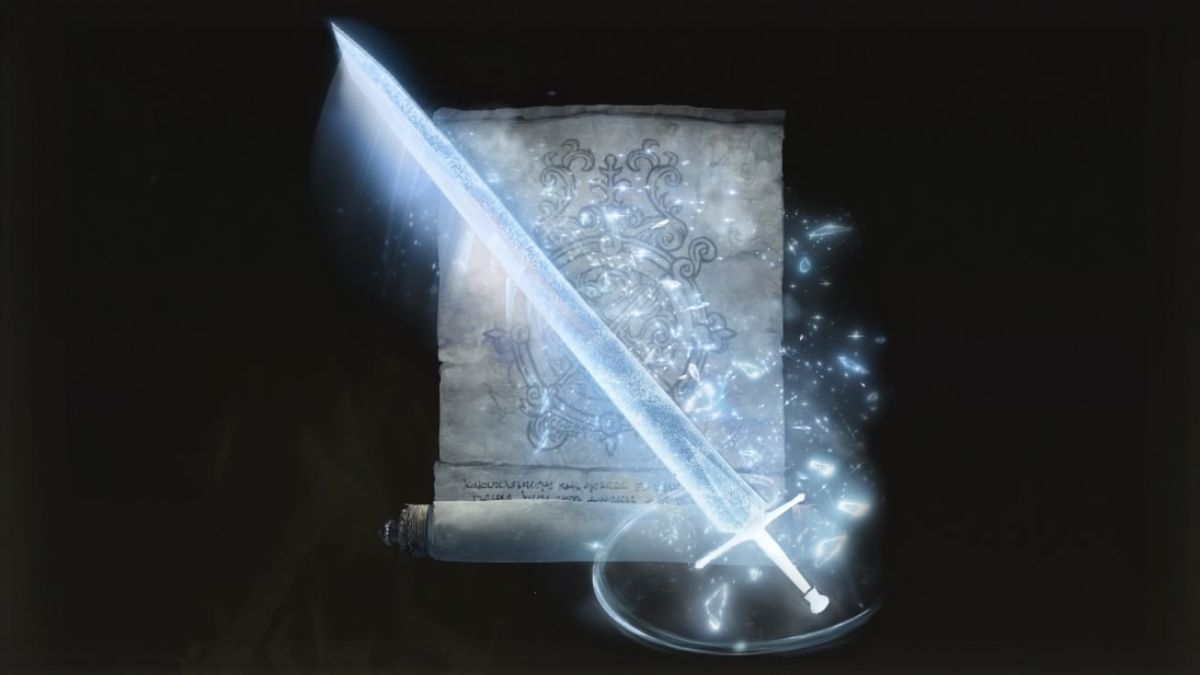 Cold magic is extremely powerful and will often lead to your enemies getting afflicted with the frostbite status effect. This status effect will take a portion of their health away after they are hit with enough frost damage. Of course, the more powerful the frost damage, the more buildup of frostbite it causes. The Adula’s Moonblade spell allows you to conjure a magic greatsword that delivers a sweeping blow that launches a blade-like projectile of frost similar to the Dark Moon Greatsword. You can also cast this spell repeatedly. Here is how you can get the Adula’s Moonblade sorcery in Elden Ring.

To obtain this sorcery, you will first need to complete Ranni’s questline. You can start her questline by discovering her location in the Three Sisters area just past Caria Manor in northern Liurnia. Of course, her quest is a pretty long and complicated one, but it ultimately leads to a new area that you need unlocked in order to obtain this sorcery. If you need help completing her questline, check out our guide on how to get through Ranni’s quest.

At the end of her quest, you will fight Astel, Naturalborn of the Void. Once this boss is defeated and you have obtained the ring from Raya Lucaria Academy, you will be allowed to access the elevator that will take you up to the top of the mountain in southwest Liurnia. Here, you will be able to find the Cathedral of Manus Celes. In front of the cathedral, Glintstone Dragon Adula will appear. This is one of the more terrifying dragon bosses you can find in the game and they can easily one-shot you even at a high-level thanks to their multiple glintstone sorceries. Keep on your toes and be ready for a fight. Once you defeat this monstrous foe, you will be rewarded with the Adula’s Moonblade sorcery.