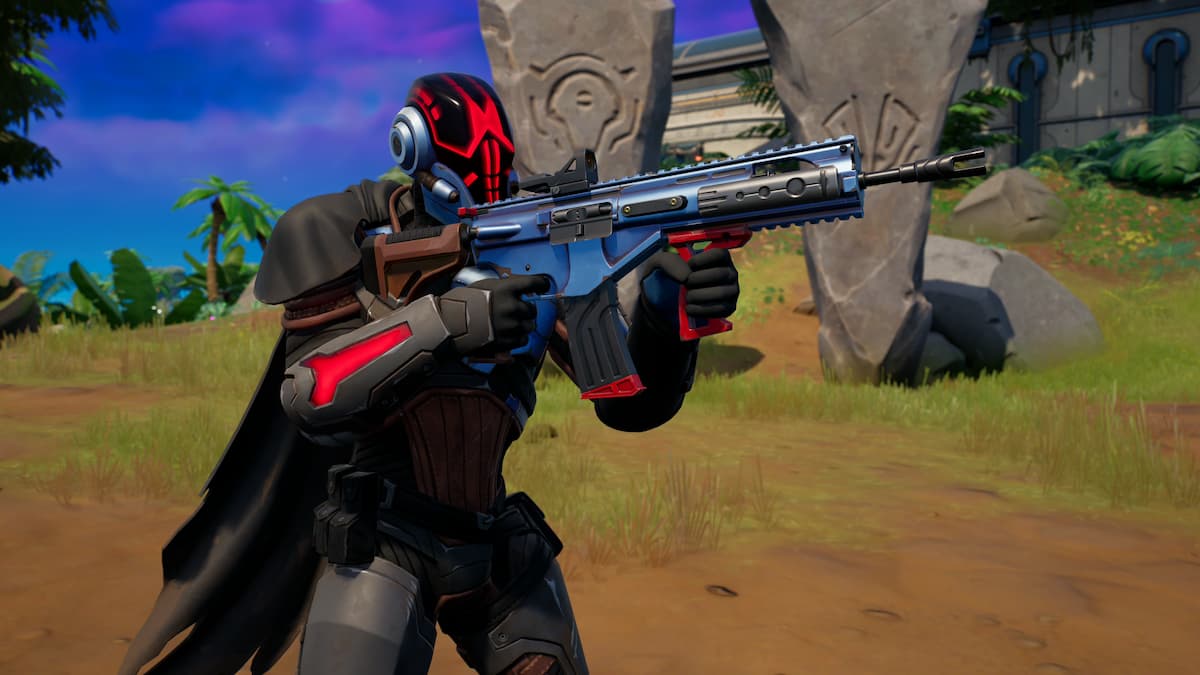 A new Season in Fortnite means new Mythics to hunt down. One that will be hotly contested and almost certainly nerfed by Epic before too long is the Mythic MK-Seven Assault Rifle. This is a monster, ripping through shields and health like they don’t even exist.

The Foundation has abilities, so you will need to be careful. He can summon a boulder and throw it at you, and it will do area of effect damage. This will be similar to how Doctor Doom’s old ability worked, for those who remember the Marvel crossover season.

The Foundation also has plenty of health and shields and can tank plenty of damage. He is armed with the Mythic MK-Seven Assault Rifle that you and there to get and will use it for preference if you are at long range. You should be careful however, if you get too close he will just charge you with vicious melee attacks.

Once The Foundation is defeated, he will drop the Mythic MK-Seven Assault Rifle and you can pick it up.