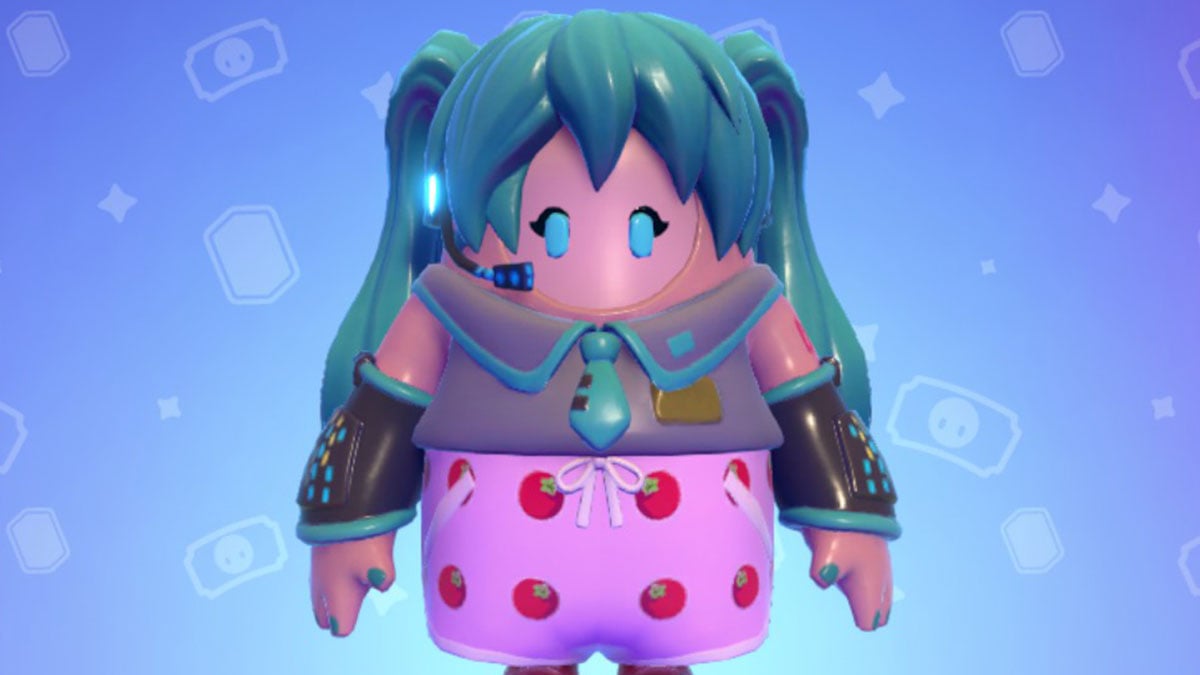 Fall Guys: Ultimate Knockout just kicked off its second season after going free to play. It’s called Satellite Scramble, and it’s full of new space-themed game rounds and a bunch of cosmic cosmetics. Mixed in with silly alien and astronaut costumes is a trio of licensed characters: vocaloid idol Hatsune Miku, Star Trek‘s Spock, and Alien‘s Xenomorph. Here’s to unlock Miss Miku’s look for yourself — it comes in two pieces.

How to unlock the Hatsune Miku Skin (Bottom) in Fall Guys

Step one is buying the Season 2 Pass. While there are plenty of free rewards for upgrading the pass as is, you’ll need to be on the premium track to unlock Miku and other licensed looks. The pass costs 950 Show Bucks, the in-game currency that can be both earned or purchased with real-world money. There’s also a Season Pass Bundle you can buy for 2,800 Show Bucks, which includes a few bonuses. Either one works, and the good news is that you’ll earn a good amount of Show Bucks back as you rank up the pass. Reach Tier 98, and you’ll unlock the first piece of Hatsune Miku’s costume: her skirt.

How to unlock the Hatsune Miku Skin (Top) in Fall Guys

Go up just one more rank, and you’ll unlock the part you really want at Tier 99. The top piece of Miku’s costume includes her school outfit, gloves, microphone, and iconic blue hair. Combine this with the skirt from the previous tier, and you’ll be ready for your own concert.

Tiers 98 and 99 are pretty high up there, so you’re going to want to know how to rank up your Battle Pass. The method is actually pretty straightforward: just keep playing the game. As you play and win rounds, you’ll earn XP that begins filling in on the pass. Peep the challenge menu for some extra tasks that’ll earn you bonus XP along the way. Note that upgrading to the Season Pass Bundle includes 25 tier skips from your current level, so if you’ve already earned around 70, then the bundle will get you right up to the Miku costume piece zone.