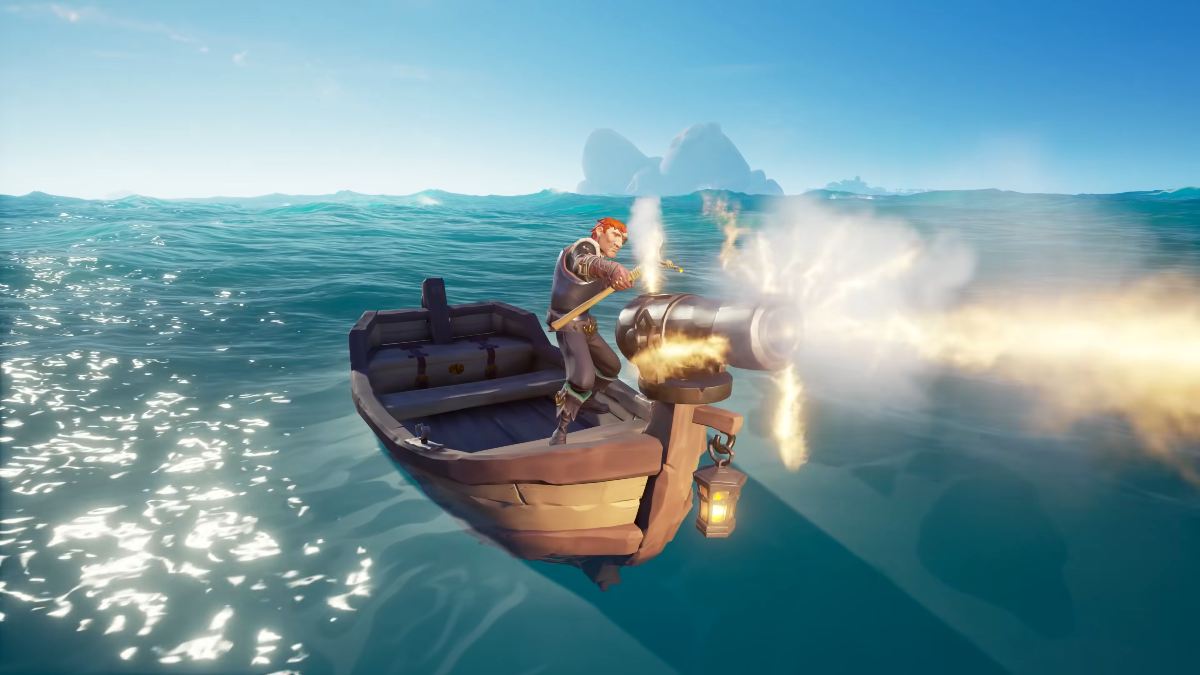 The Hunting Boat Commendation in Sea of Thieves requires you to defeat 25 enemies using a Cannon Rowboat. To check how far along you are in this Commendation, go to the Pirate Log in the menu, select Reputation, Bilge Rats, then Buried Treasures. Hunting Boat will be in the center of the bottom row on the first page. This guide will provide strategies and walk you through how to complete this Commendation.

Cannon Rowboats were added to Sea of Thieves as part of Season Five. They’re similar to normal Rowboats, only they have a Cannon mounted on the front. Like Rowboats, Cannon Rowboats will spawn randomly on islands around the map (except Outposts and Seaposts).

You’ll need to recover a Cannon Rowboat by sailing around the map and looking on island shores, or you can steal one from another crew. Once you have one, row around to the back of your ship and hit the Dock Rowboat prompt that appears to dock your Cannon Rowboat onto your ship. Whether it docks with the Cannon on the left or right side depends on which direction the boat is facing when you dock it.

It doesn’t matter which type of enemy you defeat to complete the Hunting Boat Commendation, so feel free to fire on Skeletons, Sirens, Ocean Crawlers, enemy Players, etc. The safest way to fire is from the back of your ship with the Cannon Rowboat docked. Undocking the Cannon Rowboat makes you a vulnerable target, and you’ll have to deal with knockback when you fire if there’s no one to hold the brakes while you row. Two easy strategies for killing opponents include: