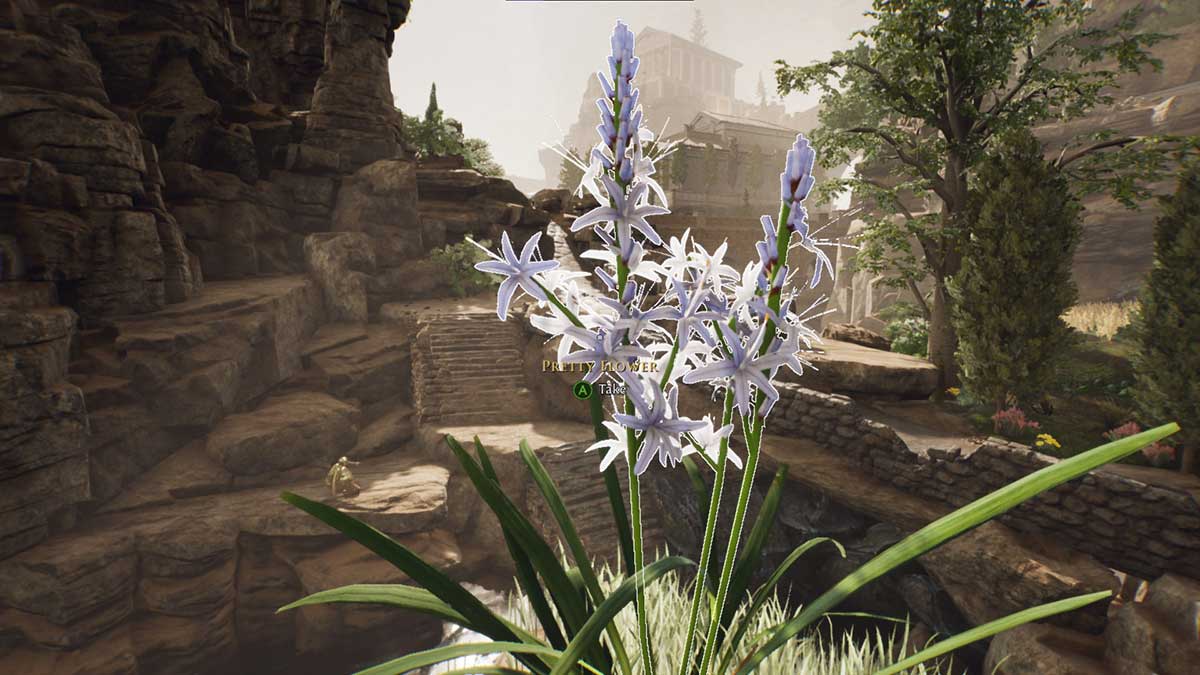 Galerius is the first character you’ll meet in The Forgotten City when you travel back in time. He’s your initial guide to the location and sets you off on your way through the main quest. However, he also has his own quests for you, should you speak to him again after meeting the city’s leader. As part of his quest for love, he asks that you retrieve a Pretty Flower for him because it’s in a hard-to-reach location. This article covers how you can obtain this Pretty Flower and uncover more about Galerius’ intentions.

How to get the Pretty Flower

The Pretty Flower is located on top of a small outcrop of rocks in the lake just below the portal to the city. Sadly, you can’t swim into the lake and climb the rocks. Instead, you need to drop down onto the top from above, which is made possible by the zipline.

First, you’ll have to acquire the zipline hook from Galerius. He gave this to us after we stole some coins and had to retreat to the portal for the first time. When you speak to him again after traveling through the portal, he’ll casually give you the zipline hook as a gift.

With a zipline hook in hand, it’s now possible to use the zipline that stretches from the rocks directly outside of the portal down to the lower path into the city. If you drop off of the zipline about one second after getting onto it, you’ll fall down and onto the rock where the Pretty Flower is growing.

What happens when you give the Pretty Flower to Galerius?

Galerius is ecstatic when you give him the Pretty Flower. But, unfortunately, he’ll reveal that he wants to give it to the woman he desires, a woman who by law must remain chaste. This paints Galerius as a potential problem for the city because if he confesses his love to this woman and reciprocates, it could be counted as a crime, leaving the city to descend into ruin.