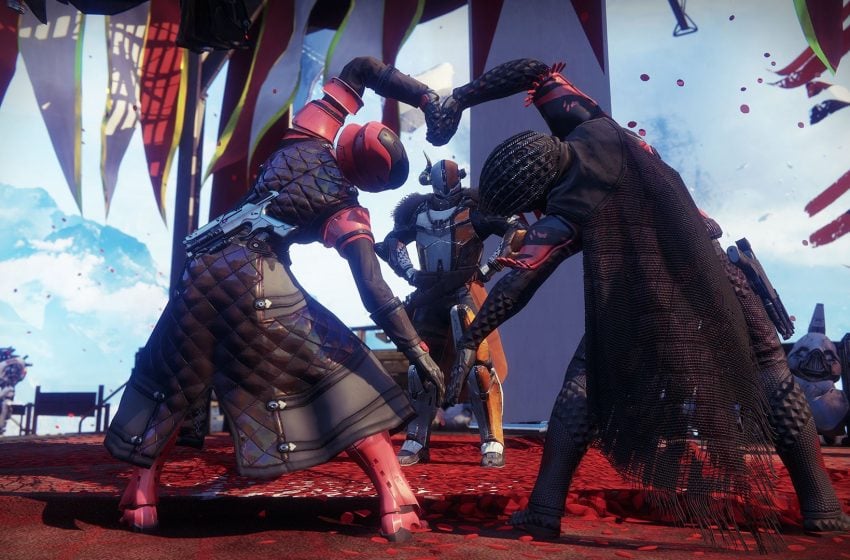 The good news is that you don’t have to do the challenge in the Ordeal Nightfall, making it less of a nightmare to complete. There are three Nightfalls to choose from this week, so for the sake of the Triumph be sure to run it at 860 Power.

We would suggest The Insight Terminus for this Triumph, for a number of reasons. The Nightfall itself is broken up into clear moments of activity, normally in set arenas that don’t have a lot of angles for enemies to catch you in a crossfire. When you are killing the Centurions to open the locked door, make sure to watch out for falling Cabal pods, as these will instantly kill you. You and your teammate want to stay close enough to back each other up, but not get taken out by the same enemies. If one of you does go down, the other should play a patient game to revive you, not rush in and get wiped out as well.

The final fight in this Nightfall is also broken up into clear segments, you will either be damaging the boss or taking out ads as you charge up the plates. We would suggest just charging one plate at a time, with both people covering it. The AI seems to have been designed to funnel to three different targets, and with one missing their routes can be unpredictable. It is much easier to just take the slower method of charging one plate at a time, than having on team member trying to deal with a rush of enemies.

You should save heavy ammo and Supers to deal with Kurgen, and bring Masterworked weapons to deal with the ads so that you can have a Super for each damage phase. Once you finish the Nightfall, you will be able to hand in the Triumph through the Director and will receive 75 Confectionary Hearts. Remember to take them to Shaxx and get a nice reward.

Hitman 3: how to become the club owner, and have a sit down with the ICA to unlock the Last