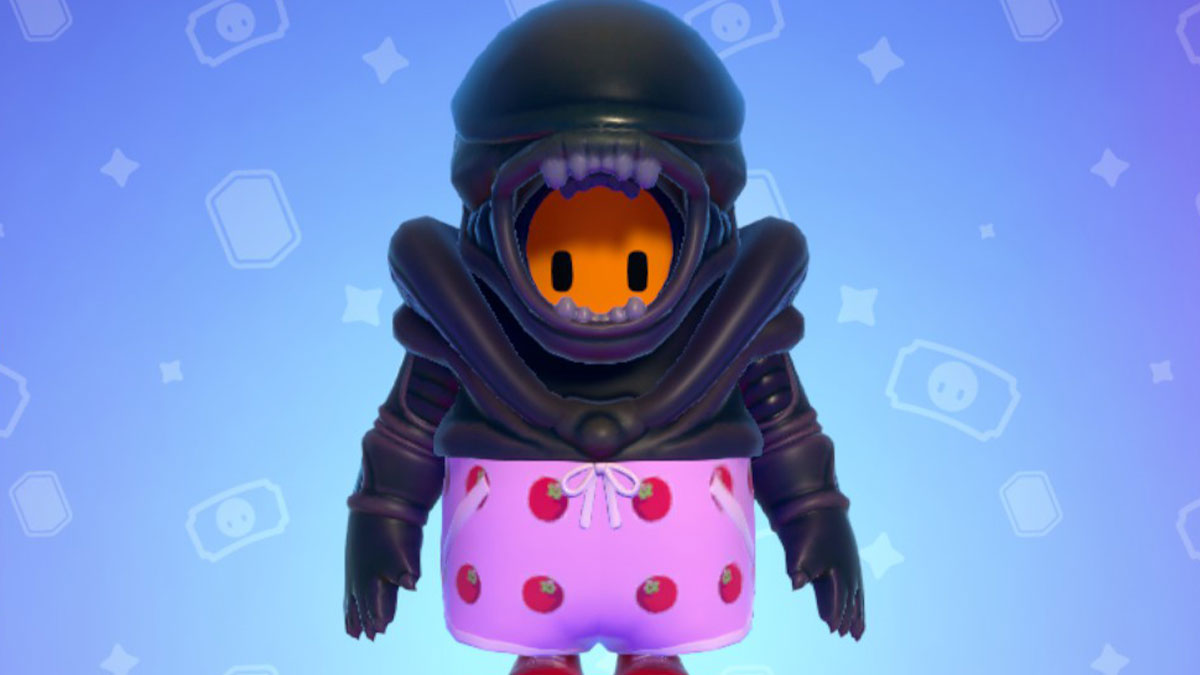 Satellite Scramble has arrived in Fall Guys: Ultimate Knockout. The competitive game’s second free-to-play season is space-themed, and yes, that means there are sweet sci-fi costumes to unlock. That includes licensed characters like Hatsune Miku, Mr. Spock, and the Xenomorph. Let’s talk about how to unlock that last one. There are two pieces to the costume, but it’s possible to get both instantly.

Related: How to get the Hatsune Miku skin in Fall Guys

How to unlock the Xenomorph Skin (Bottom) in Fall Guys

First, you will need to buy the Season 2 Pass. You can earn a lot of rewards by playing on the free track, but the Xenomorph costume pieces are only for premium purchasers. The Season 2 Pass costs 950 Show Bucks, and if you don’t have enough of those in-game, you can buy more with real money. There’s also a Season Pass Bundle for 2,800 Show Bucks, and if you decide to spring for that, you’ll actually unlock the first costume part immediately. One of the bundle bonuses is an instant unlock of 25 Tiers from your current level. Since the bottom Xenomorph piece unlocks at Tier 11, it’s included in that even from the very start. Otherwise, you’ll have to earn your way to Tier 11 the old-fashioned way.

How to unlock the Xenomorph Skin (Top) in Fall Guys

Two tiers past the bottom at 13 is the costume piece you really want, and it’ll also be yours with the bundle purchase. The top of the Xenomorph look has the iconic mouth, which your bean comically peers through. When this is combined with the bottom piece, you look ready to take on a Predator.

Tiers 11 and 13 are on the low end, but ranking up the Battle Pass still takes time if you don’t want to buy the bundle. Keep playing the game, and you’ll earn the necessary XP as you complete round after round, win or lose. It’s also worth checking the challenge menu: completing these gets you a nice boost.