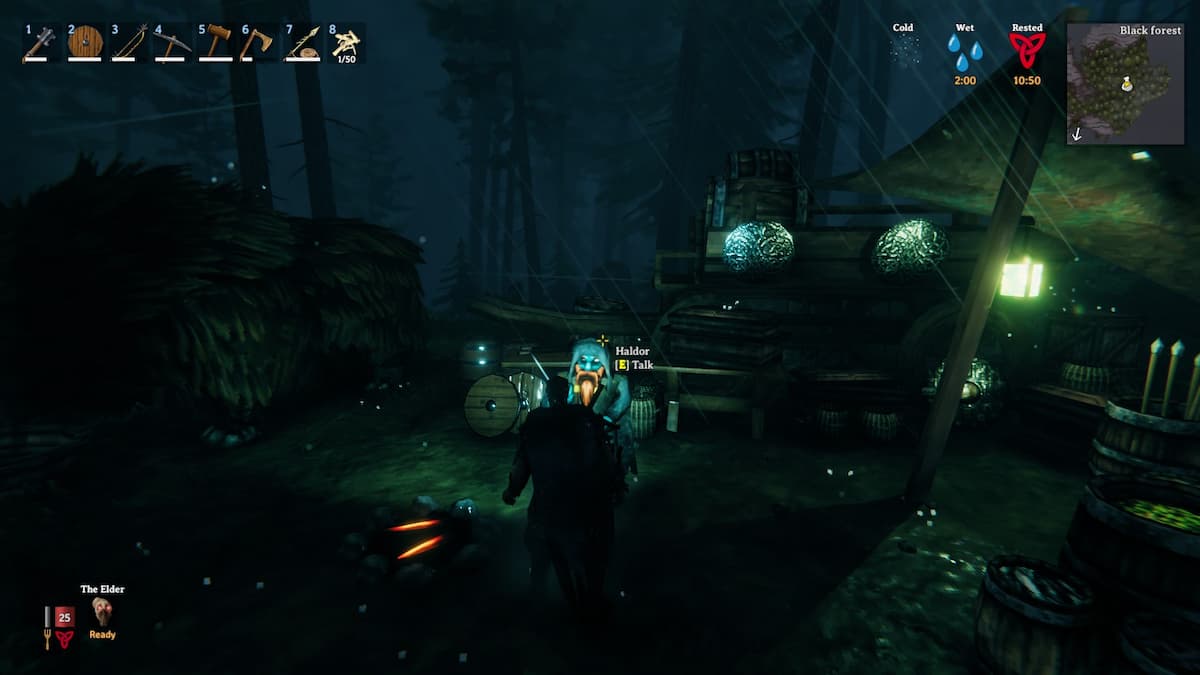 If you’re looking to find ymir flesh in Valheim, you don’t have to battle a specific boss or farm an enemy in a biome. The item is offered by the trader that you need to locate in your Valheim world. The location of the trader, Haldor, varies every time you play the game, but you can typically find them in the Black Forest biome.

Haldor will be next to his cart and have a tamed lox nearby. There is also a protective bubble around them, preventing enemies from entering the location, so you can always rush over here if you’re near it to receive some shelter. If you look at the location with your map, Haldor’s location is represented by a grey money bag, and it doesn’t move, making it easier to return to this location in the future. The trader only deals in gold coins and is willing to accept any rubies, amber, or pearls you want to sell. The ymir flesh is listed in its inventory for 120 gold coins.

The item does not do anything special. It’s a material you can use in two particular crafting recipes, Frostner and the iron sledge. Frostner is a special one-handed hammer, similar to Thor’s hammer Mjölnir, that causes freezing damage. It’s not as powerful as the other one-handed mace that you can use in the game, but the freezing damage is extremely appealing when you want to slow down targets and give yourself a few seconds of breathing room. The iron sledge is a two-handed version, but it doesn’t have any freezing damaged on it.