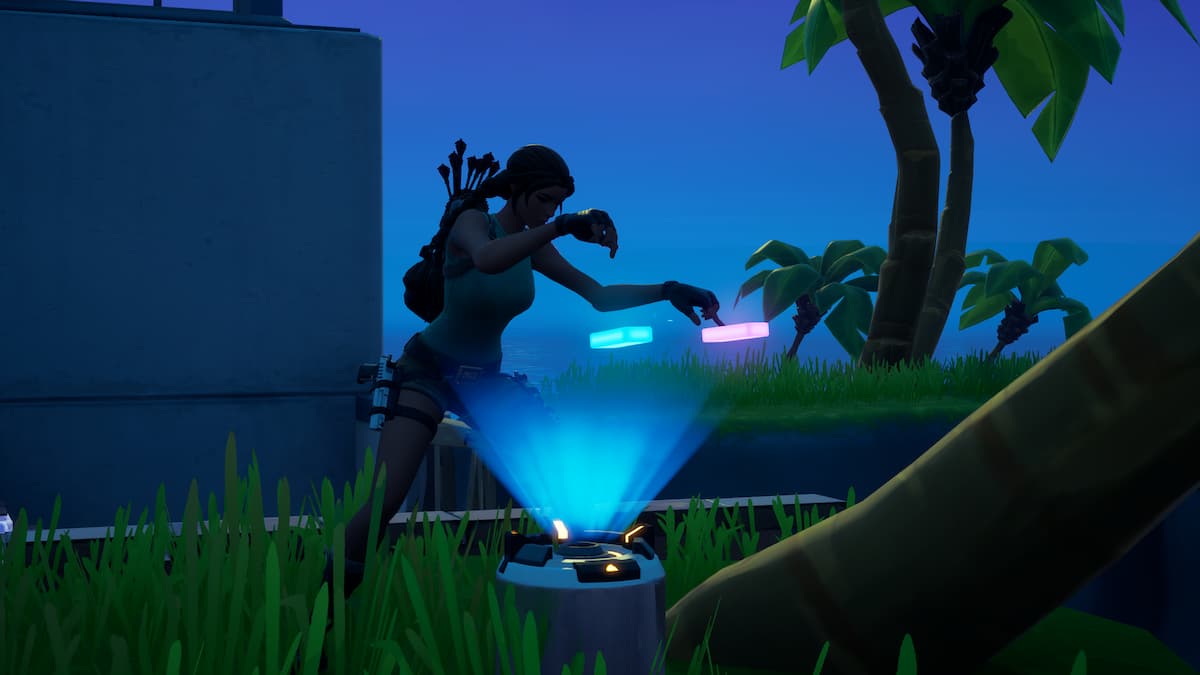 One of the quests to unlock an Agent Jonesy style in Fortnite will ask you to investigate an Anomaly at Shark Island. Shark Island can be found in the northwest corner of the map, above Coral Castle.

Land on the very north of the island you will will find three holographic projectors sticking out of the ground. Walk near them, and an energy butter fly will appear, flying between them, then disappear again.

Pay close attention to the order that the butterfly visits them in, as you will need to visit them in that same order. If you are facing north, it basically goes left, then middle, then right.

You will need to take specific actions at each of the holograms, mimicking whatever it is doing. The first one is kneeling, the second one is emoting, and the third one is jumping.

Visit each one, repeating the actions that you see, and then an anomaly will appear in the air where the butterfly disappeared. Just build out to it and interact with it to collect it, wrapping up this challenge.

It was a little buggy for us, and we had to do it twice before the anomaly would appear. We actually had to completely load out of the game and then load back in, so keep that in mind if you run into trouble.