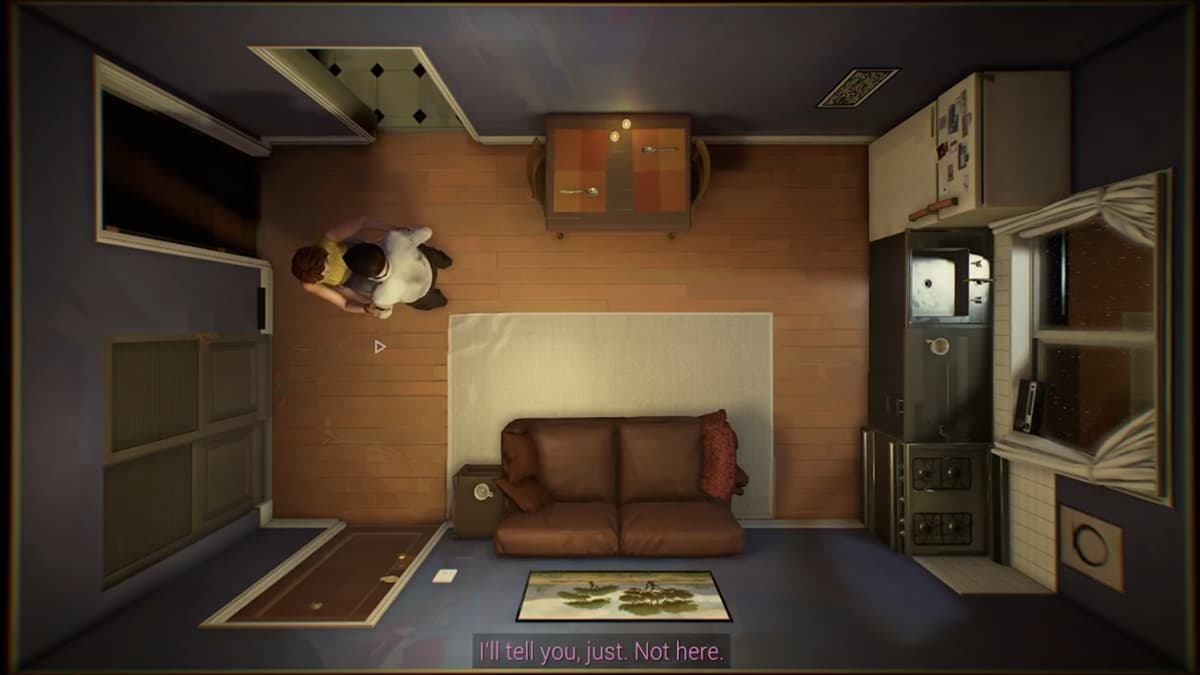 Spoiler Warning: This guide focuses on endgame content in 12 Minutes. If you don’t want part of the game’s main plot points spoiled for you, click here to reach our home page.

The story in 12 Minutes gets complicated quickly. At first, it seems that a cop is coming in to kill and rob you, but with enough loops, it’s made clear that your wife has been framed for the murder of her father, and that the cop is just one of her father’s old friends. However, the next step in getting out of the loop is solving the murder.

At this point, players should already have a decent idea of who it was. The wife’s half-brother, a child her father had with a nanny, murdered the father. However, it’s impossible to find out who the brother is, so the next logical step is to find the nanny. The wife doesn’t remember her name, but it’s possible to figure it out using clues in the apartment.

At the start of the loop, be sure to exhaust every conversation option you have with the wife about her nanny. Ask her about her nanny and about the nanny’s child specifically. Afterward, call Bumblebee and convince her to call her father by telling her your wife is innocent. Once that’s set up, head into the bedroom and go to the drawer. Inside is a present, pick it up and open it from your inventory to reveal a onesie with your character’s mother’s name on it.

With everything else ready, all that’s left is to wait. The cop will come into your apartment and the wife will explain the inconsistencies about the night her father died. Eventually, the cop will say that he’s going to investigate and find out who the nanny was. However, if you show him the onesie he’ll say that the name on it, Dahlia, was also the nanny’s name.