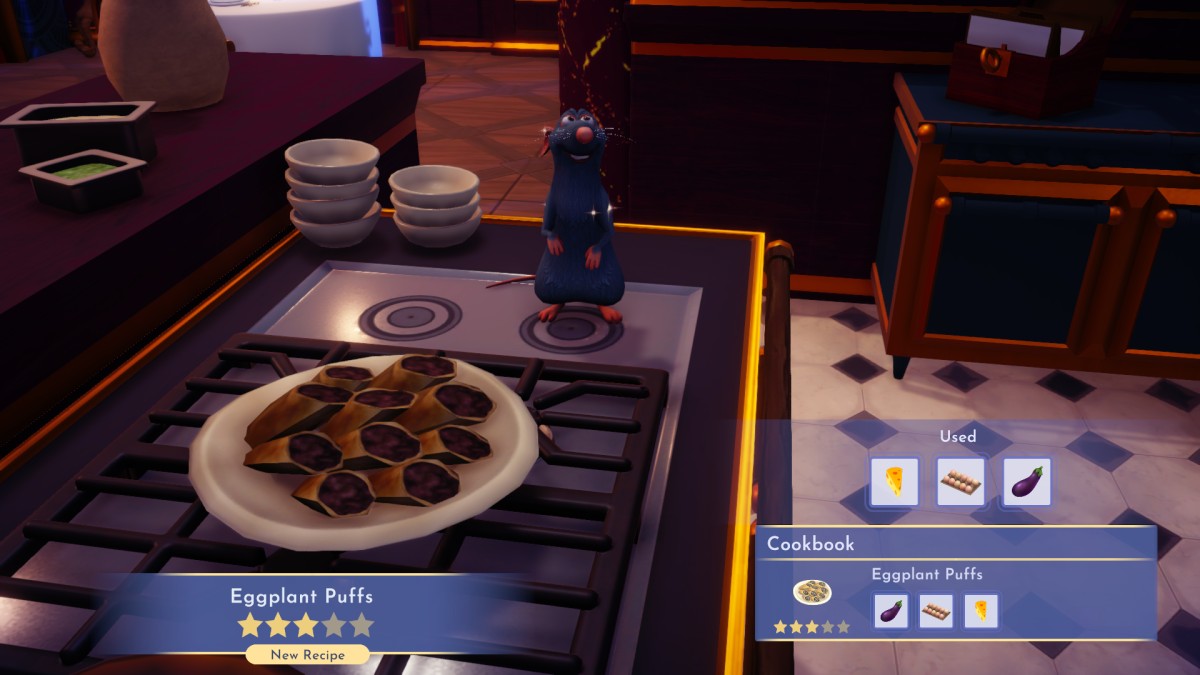 Variations of foundational dishes litter the multitude of recipes in Disney Dreamlight Valley. Meal types range from classic to sophisticated versions of widely available meals that you can discover as you progress through your adventure. An example of a unique variation in the game is the Eggplant Puffs, which we’ll be showing you how to make.

Related: How to make Seafood Pie in Disney Dreamlight Valley

This dish is a 3-star appetizer with a moderately high sale price and an even higher energy content. Only three ingredients are needed in the creation of this meal, which is made up of the following:

The most important component, Eggplant, can only be found in the Frosted Heights biome, the second most expensive area to unlock in the game. You will have to spend 10,000 Dreamlight to access it but before that, you’ll also have to gather another 3,000 Dreamlight first to gain access to the Forest of Valor biome.

Goofy’s Stall also needs to be reconstructed for 4,000 Star Coins before ingredients can be made available for purchase. It may also be necessary to purchase the stall’s first upgrade for 10,000 Star Coins in order to make Eggplants purchasable for 462 Star Coins. Eggplant Seeds are also being sold at the same stall for a much lower price of 95 Star Coins, but it does take a very long time to grow at three hours.

The next two ingredients, Eggs and Cheese, can be bought at the Chez Remy pantry for 220 and 180 Star Coins, respectively. However, it can only be unlocked after finishing Remy’s first two quests, wherein he asks for your help in renovating the restaurant.

Eggplant Puffs have a relatively high value compared to other puff pastry dishes. They can be sold for 991 Star Coins and provide a significant amount of stamina at 1,941 Energy when consumed.