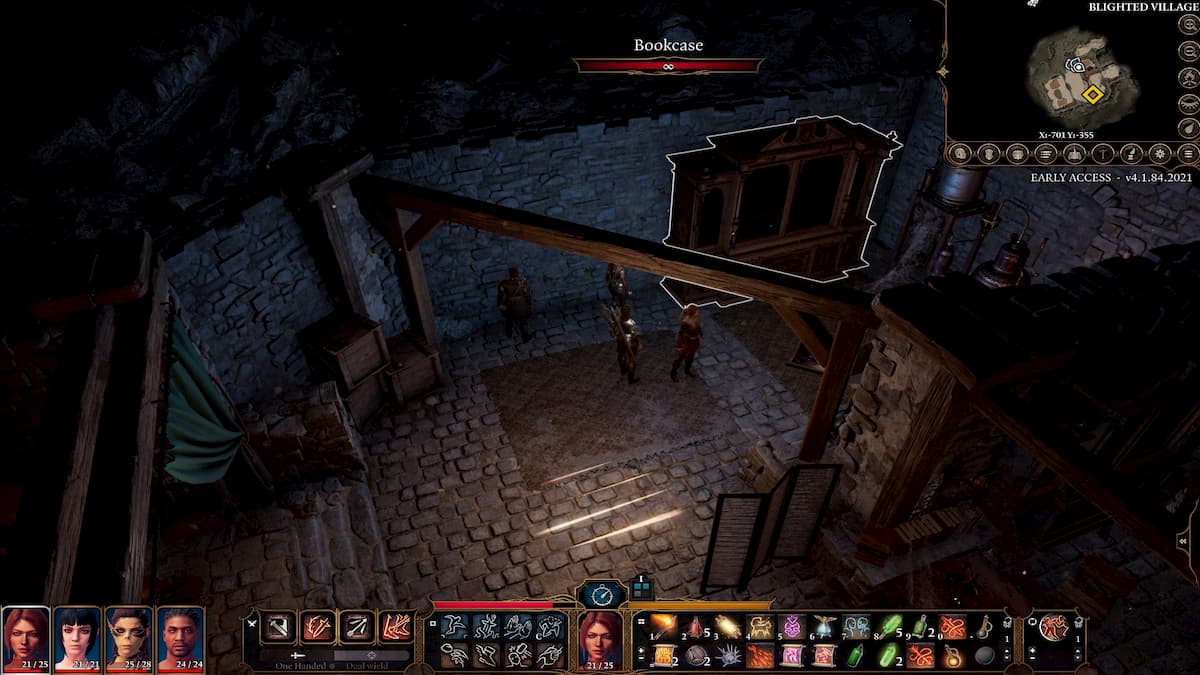 There are plenty of secret passages and hidden doors to unlock for those with a keen eye in Baldur’s Gate 3. When you enter the Blighted Village, an area overrun with goblins, there’s a doctor’s shop that contains a basement that you can investigate. There are plenty of items to loot inside of the basement, but there’s also a bookcase that, if your characters successfully roll a passive investigation check, appears to have scratch marks on the side. Your party concludes the bookcase can likely move, which means it has a door behind it.

You won’t be able to force the bookcase to move, even if you bring the party member with the most strength to try and shove it aside. Instead, you need to find a latch or a lever to make the bookcase move. The lever is hidden behind several crates to the left of the bookcase in the same basement.

Approach the crates on the left, highlight your cursor over them and click on them, and then drag them away from their location. The character you are playing will move the crates away from their location, and a lever will be revealed behind them. Click the lever once, and the bookcase will slide to the side to reveal a secret entrance. By going down this path, you learn that the village’s good doctor did a lot more things in their spare time, far worse things than they initially let on.