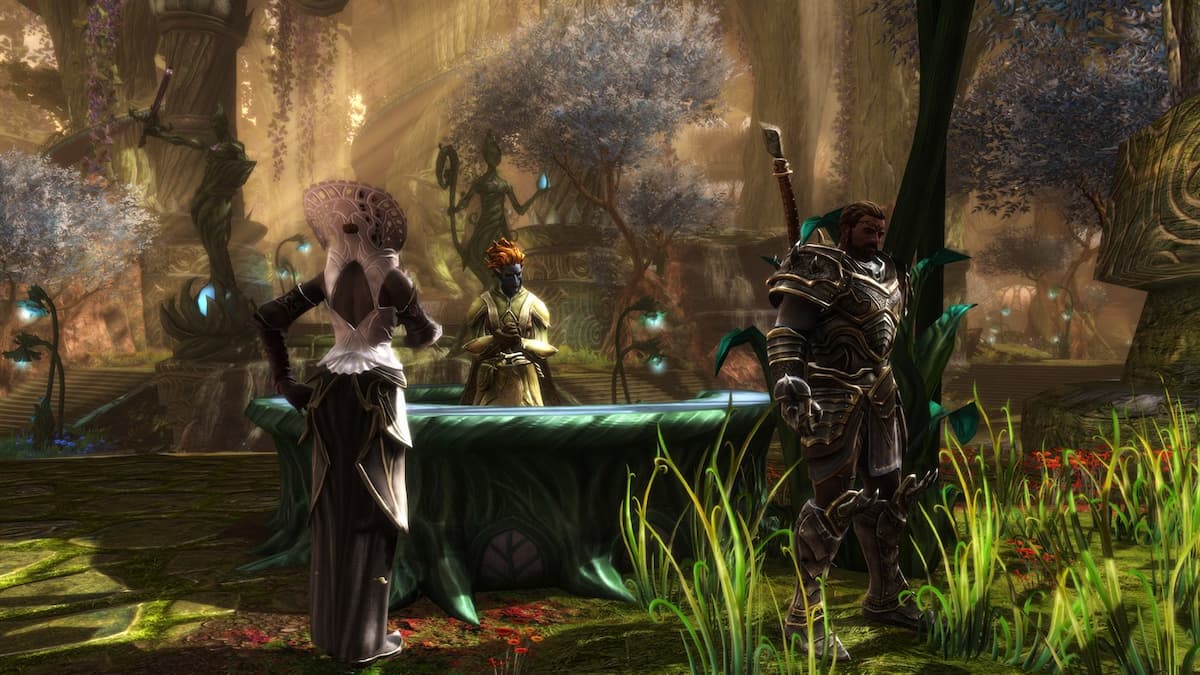 The Kingdoms of Amalur: Re-Reckoning Fatesworn DLC takes place in a new region of the Faelands known as Mithros. It adds roughly six hours of additional story content along with the expected side quests and armor sets. It’s along this main story path that some of you may find yourselves stumped by a particular puzzle in The Broken Crown quest. Our guide below is aimed at helping you solve the ward puzzle in question.

Immediately after gaining entry to the Great Library’s restricted area, you’ll need to open the Forbidden Stacks. There is a tome encased in a cage. To open it, you’ll need to do something about the four ward blocks in the room.

At first glance, this seems like a repeat of the Smuggler’s Run ward puzzle, but that’s not the case. The blocks represent the same elements, with the concept remaining the same. You need to interact with the blocks, with the amount of lit-up corners corresponding to that number. Each interaction lights up another corner, resetting back to one after the fourth corner has been lit. Your first instinct might be to inspect the bookshelf and read the books for clues, but that won’t help.

For example, as pictured in the screenshot below, the water element torch sits next to the shelf with two green books. This means you have to interact with the waterward until two of its corners light up.

For those that don’t want to waste time looking back and forth, the solution is as follows:

After all the wards are lit up properly, the cage is removed, letting you grab the previously inaccessible tome.