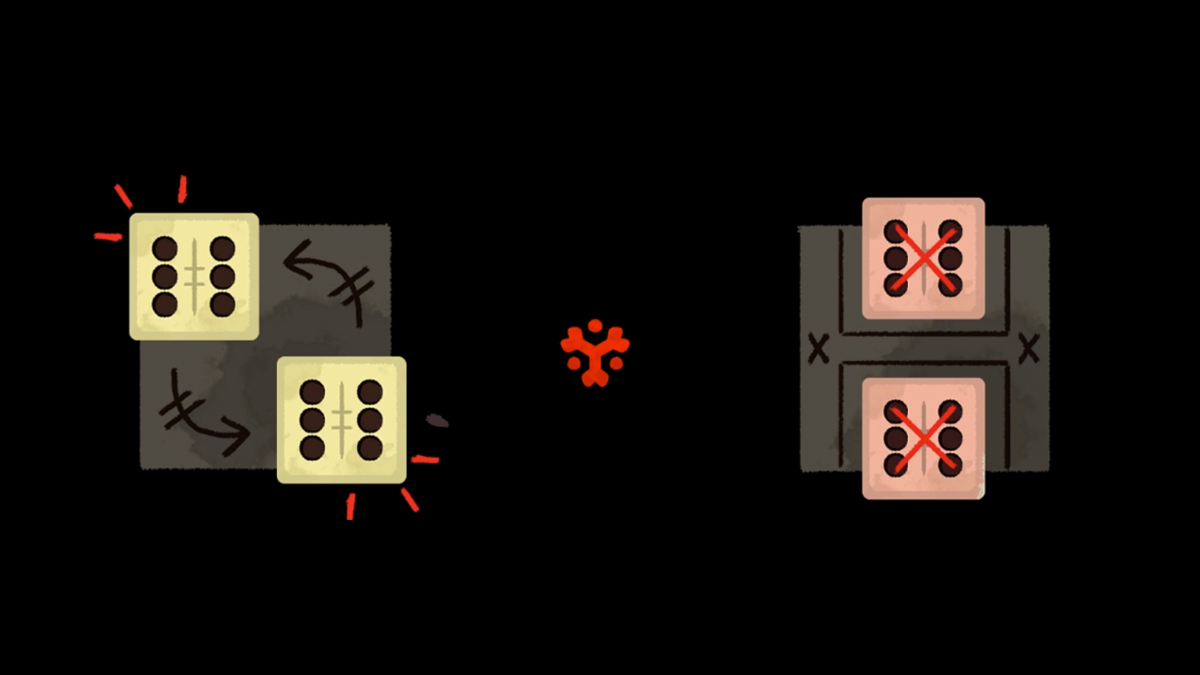 Cult of the Lamb isn’t only about going on crusades and brainwashing your followers. It mostly is, but there are some diversions too. Knucklebones is a dice game that you can enjoy with a number of different characters. Here’s how to start playing and how to win.

Related: How to complete Beasts Below the Waves in Cult of the Lamb

How to unlock Knucklebones in Cult of the Lamb

Cult of the Lamb slowly trickles in more content as you progress, and you can’t play Knucklebones from the start. You’ll need to proceed until you collect three Commandment Stone Fragments, at which point you can initiate your first ritual. By default, this will be the Bonfire Ritual pictured above. Once it concludes, Ratau will appear and invite you to visit him. Use the teleport circle (where you return after each run) to go to his area, enter his house, and examine the table to start playing your first round of Knucklebones.

How to win Knucklebones in Cult of the Lamb

Knucklebones is a dice game played between two opponents, each of which is given three columns of three squares to work with. The game only presents you with two rules upon starting: matching dice in a player’s column are multiplied together, and placing a dice that matches one in the opponent’s column will destroy theirs. From those two rules comes a lot of strategy.

Refer to the screenshot above. Placing either a six or a two in our last remaining spot would destroy some of Ratau’s dice — a six on our side would cut his score down by a massive 36 points. Generally speaking, you want to match your dice and the opponents as often as possible. Be prepared for the scores to swing wildly throughout the match, as strategy can only go so far in a game of chance. The game ends when one side is full of dice, at which point the player with the most points wins.

The further you get in the game, the more opponents will become available to you. Beating them awards prizes, as well as the opportunity to bet gold on further matches.