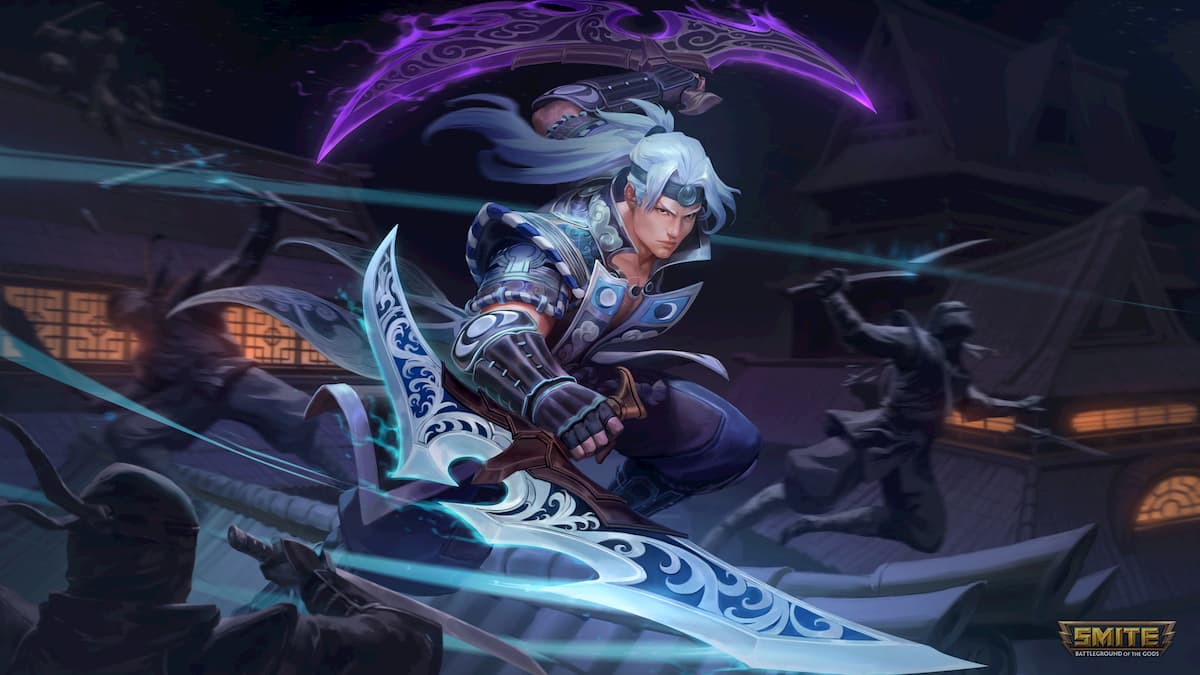 In Smite, your five-player team is broken up into distinct roles: support, carry, middle, solo, and jungle. For those who are playing as the jungler, you’ll spend most of your time moving around the map, weaving between the lanes and attempting to take out as many jungle camps as you can, providing buffs to your teammates. Every once in a while, you’ll attempt to dive into a lane and gank a member of the enemy team. Understanding how this role works can be pretty complicated. We’re going to break down some of the basics to make learning this role easier.

When referencing any side of the map, we’re talking about The Order side, the brighter, yellow map. If you are playing on the other side, merely flip any map we use upside to accommodate yourself while you play.

The starter items you should grab will be Assassin’s Blessing, two potions, a ward, and the first tier of your chosen item. The two potions can vary for some players, but we typically recommend the multi potion. The first tier item also varies on whatever item you want to start with. Some jungle players try to build boots first, but we don’t recommend this. Boots are better suited as the second item.

Where to start in the jungle

After grabbing your items during the beginning phase, you want to make your way over to the yellow buff, which is speed. This is the buff you will want to have on your god at all times, whenever possible, for most of the game. You and your team’s mid lane god take it, and then you’re on your own after that. Now, work your way towards the blue buff, and that goes to the solo lane god. If the solo lane god is already at the blue buff, go straight there to take it together. If they decided to work on their lane, grab the harpy camp that’s right next to the yellow buff, and then go over to the blue one.

Your final destination will be to the middle lane, and you want to try and grab that middle harpy camp if you can. Hopefully, you should be level two by now. The enemy team’s jungle will also be attempting to make it here, so expect a fight to break out. Once you’re done, walk through the middle lane to your left jungle, grab the single middle harpy, and then the red camp for your mid lane god. From there, things become a bit open-ended, but this is the standard starting pattern for most junglers.

When you’ve grabbed those buffs following the start of the game, you’ll spend most of your time in the jungle, bouncing back and forth from camps to lanes to try and gank the enemy team. You primarily want to remain in the jungle as often as possible. Sitting in a friendly lane is fine, but you don’t want to stay here because it diminishes the amount of experience and gold you and your teammates receive. You’re better off making sure to take out as many camps as you see, and hitting the golden alter to provide gold to everyone.

When should you gank as the jungle?

It can be hard to tell when it’s a good opportunity to jump into a lane and help your allies. Typically, you want to attack when your teammates have the enemies on the run, and they’re starting to get away. If there are no enemy wards down, you can dive straight in and surprise them. But this is the ideal sceanirio, and ganking is never perfect.

A good time to gank when your teammates are struggling in a lane is when the enemy has them pushed all the way up to their tower. The further up a lane the enemy is pushed, the easier it is to gank them because they won’t be able to get away. The best times to gank an enemy is when they’re at, or have crossed, these lines.

It will be difficult for the enemy to escape, giving you and your allies a chance to retaliate.

You want to avoid trying to perform a gank if you are under-leveled. You’ll know when you’re under-leveled because the enemy jungle, and other teammates, are two or three levels ahead of you.

How to gain levels fast a jungle

When you’re under-leveled or are struggling as the team’s jungle, a lot of lanes struggle because you can’t make time to gank their lane, or even give them a quick break so they can go back to base. It’s tough, and you want to remain on par with your allies as much as possible.

The best thing for you to do when you’re struggling to level is to stay in the jungle, ignore the lanes, ignore any potential ganks, and focus entirely on farming. You want to remain in the jungle as much as possible, clear it, and then potentially sneak into the enemy’s jungle steal whatever XP you can. The less you think about making it into a lane, or trying to gank, the more you can focus on leveling up your kit. Once you’re back on track, feel free to jump into a lane and help out any team mates who are also struggling.

These are some of the best jungle gods from the Assassin Roster in Smite that should be playing if you want to try out the role. These may change as the game’s meta shifts, and small patch notes are added to give buffs and nerfs to certain gods and items.