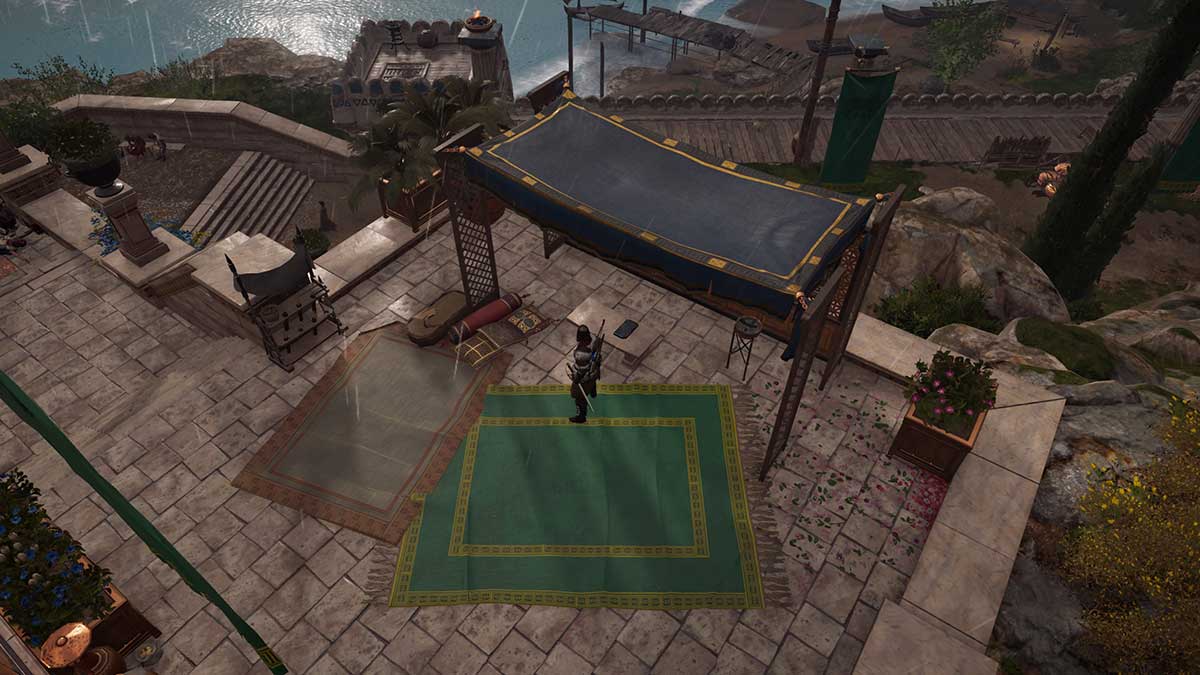 The Father of History, Friend to You Ostraka is one of the mysteries on Korfu that you can find in Assassin’s Creed Odyssey as part of the crossover story with Assassin’s Creed Valhalla. It’s one of the clues left by Kassandra’s friends in a final treasure hunt for her to embark on. This guide explains how to resolve the Ostraka and claim its reward.

The tablet for this Ostraka is located at the Temple of Poseidon in the Heart of Korkyra region. You’ll need to clear the site of enemies before you can claim it. The tablet itself is in a small section to the south of the temple where guards clearly enjoy relaxing.

The Okstraka clue is as follows. “Seeking the Oracle of Delphi, looking for your family! Instead of your answer, you met a wise storyteller. Go forth to the north, find me in Apollo’s grasp, but beware all those snakes in the grass!”