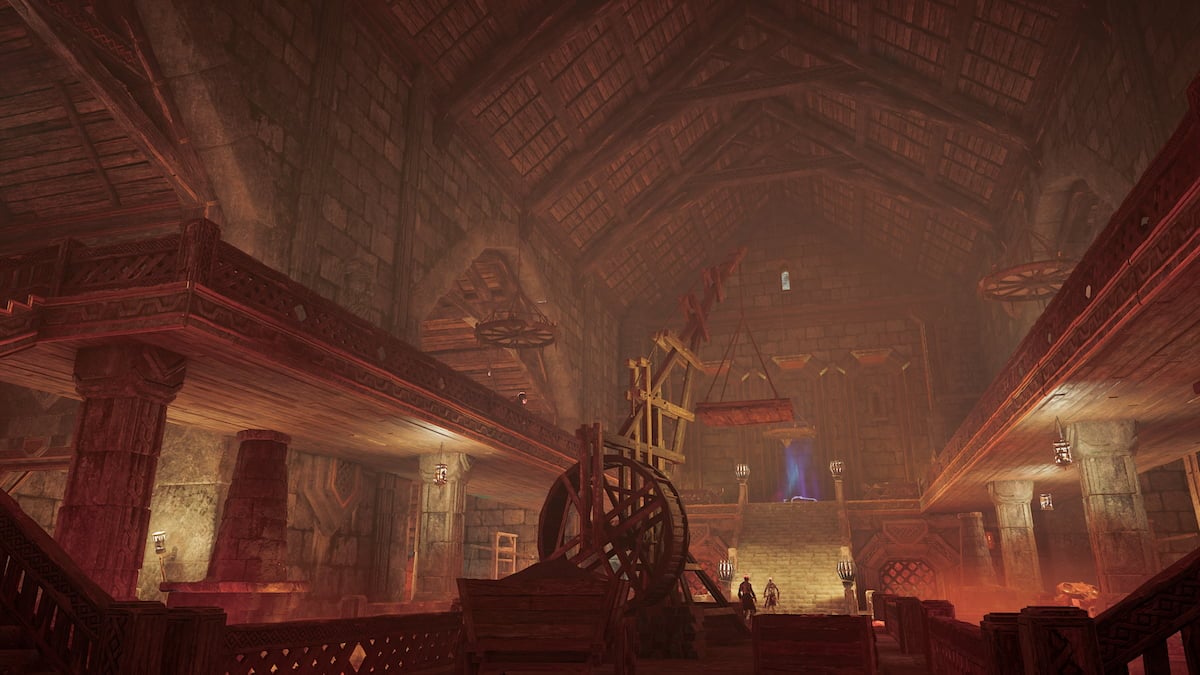 Dani is someone you will encounter as you progress through Assassin’s Creed Valhalla’s Forgotten Saga. He worked at the Foundry in Dókkerland, set at the heart of the Niflheim realm. Here, Dani worked with many allies and workers who aided him in lining up ropes lines throughout Dókkerland, but those have been destroyed, and his Foundry decimated. You will need to rescue his two workers. This guide details how to save Dani’s workers in Assassin’s Creed Valhalla’s Forgotten Saga.

How to find Dani’s workers in Assassin’s Creed Valhalla

You can find Dani when you enter Dókkerland for the first time. Speak with him, and he’ll share with you what happened to his establishment and that his workers were taken from him. Then, he tasks you with finding two keys held by Muspels somewhere in Dókkerland. You need to find these keys on the same run, which means you will have a single chance to obtain both keys, make it to Dani’s Dwarves, and save them.

Where to get the two keys

How to free the Dwarves

Once you find both keys, you need to proceed close to the end of the Dókkenland region and head over to the Foundry. You can find it on the southeast part of the map. When you arrive, Odin will comment about how the Dwarves are inside the cage. If you have all the keys, you can unlock all of the Dwarves, and they will repair the ropes, further opening the region for you in future Forgotten Saga runs.