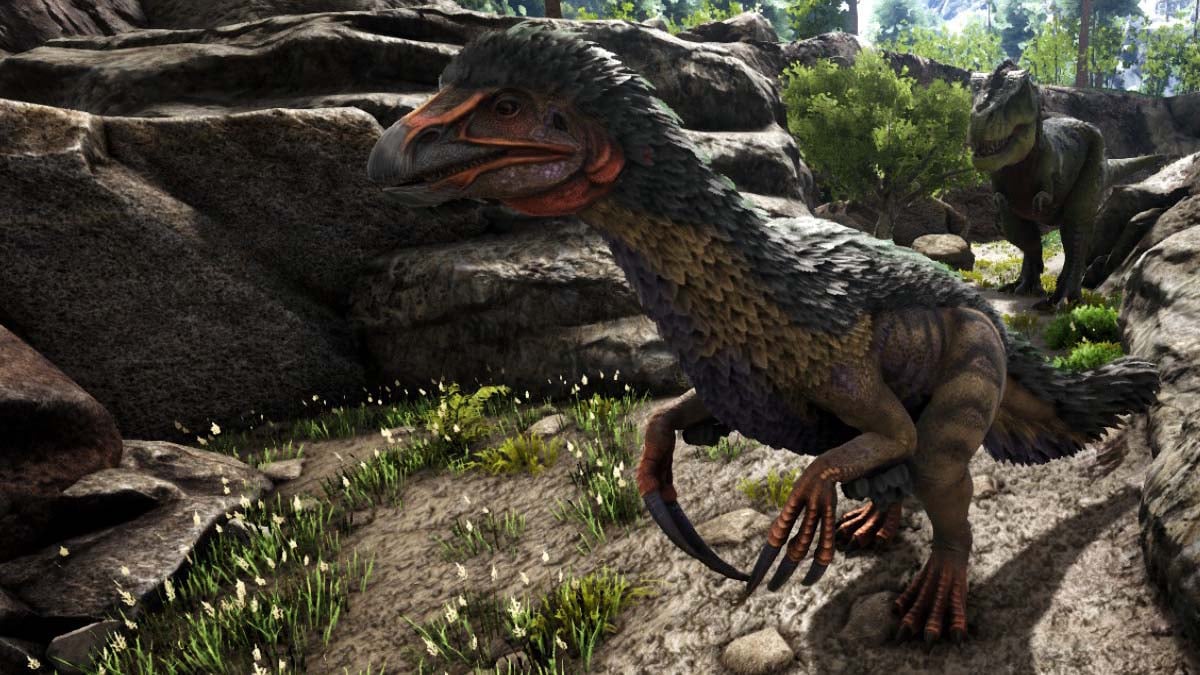 The survival-crafter Ark: Survival Evolved has many dinos that bring a lot of power in unassuming packages. The Therizinosaurus is one such creature — as one of the most powerful herbivores, the Theri is known for bringing more than a few overconfident survivors down an egotistical peg or three.

The good news is that the Theri can be tamed — if players can manage to knock it out. Compared to certain tames, such as the Arthropleura, taming a Therizinosaurus in Ark is a straightforward endeavor once players have some equipment readily available. Just be cautious of those claws.

Related: What is included in the season pass for Ark Survival Evolved? Answered

The Therizinosaurus is also known as the Theri, and Big Bird. This herbivore is a territorial creature that will aggro onto players that venture too near to their nests, typically ending those players in a few short swipes of its claws. The Theri is one of the strongest herbivores on The Island, with stats close enough to rex’s and carnotaurini to stand toe-to-toe.

They tend to make their nests around shores and within jungles, and what they consider as “their territory” ranges roughly twenty yards from their patrol points. They seem to lose a bit of survivability once tamed, but they can still shore up the DPS of any dino pack with their massive claws.

Theris are an active tame, versus the passive tame of an Equus, although its ability to cause damage (and high torpidity range) make it a harder tame than many tribes presume on first contact. Bring a couple of dozen narcotics and hundreds of berries for the taming process.

The hardest part of this tame is knocking the Therizinosaurus out — it deals massive damage that can shred most armor, and attacks consistently. Avoid bringing mounts; instead, bring grappling hooks. These birds tend to frequent areas where trees are prevalent, so grappling onto the top of a tree can let survivors rain down tranqs.

Once the bird tries to leave, when its torpidity is above 90%, drop from your perch and chase it until it falls. The Therizinosaurus is considered prey to carnivores, so setting up a few wooden spikes around your tame could go a long way in securing the creature from the jaws of raptors, which is another frequenter of the jungles. Alternatively, try to bring it down in an easily defendable area, such as a valley.

The Big Bird is a helpful tame, whether your tribe is in its infancy or approaching late-game. Even for completing the final bosses of The Island, the Therizinosaurus has a place in the pack as a high-DPS herbivore, which won’t eat into your stash of meats better equipped for raptors and rexes.

Further, once saddled, the Therizinosaurus can harvest all resources except for metals, rocks, and pearls. Players should choose early as to what they want their newly-minted Therizinosaurus should specialize in: level weight for harvesting resources, and damage and health for a DPS role. If using the Theri as part of a larger dino-DPS pack, opt for health to take advantage of its natural tankiness.