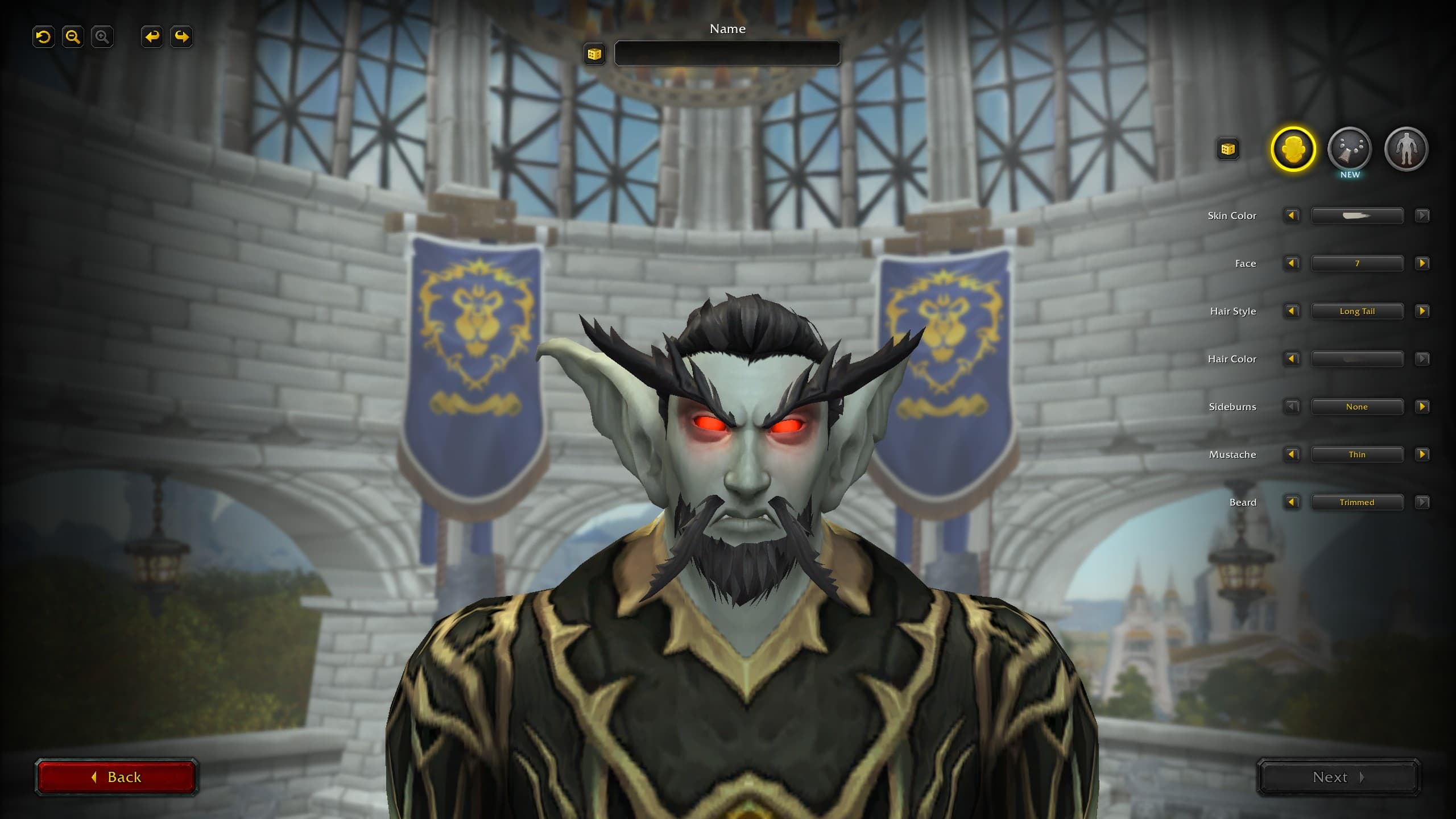 World of Warcraft’s Patch 9.2.5 offered some exciting new transmog and mount quests for Blood Elves and Dark Iron Dwarves, but it looks as if Blizzard also had some hidden surprises as well. The patch has stealthily added a quest chain that ends with several rewards.

Players who take the time to do these quests will unlock the Of Lordaeron title and new dark ranger grey skin and red eyes customization options for Night Elves, Blood Elves, and Void Elves. Furthermore, you will receive the ability to purchase a dark ranger transmog ensemble from Outfitter Reynolds in the Hunter Legion order hall if the quest is completed by a Hunter on your account.

To begin the quest chain, you must simply seek out Calia Menethil in the Enclave of Oribos and accept the Return to Lordaeron quest. She explains that the Forsaken are seeking to reclaim as much of Tirisfal Glades as they can from the blight, but wonders what her place is among them. She asks you to meet her there. Luckily, her mage assistant will provide you with a teleport.

After speaking with Talia at the inn in Brill, you must then go outside and gather three important Forsaken characters around the town. One of them, Dark Ranger Velonara, will also ask you to slay 8 Blighted Soldiers in the area. Just follow your mini-map and kill them as quickly as you can.

When they are all gathered and the soldiers are slain, you can then meet back at the inn for the congregation. The group wants to get rid of the blight but will need a pure sample to do so. Calia suggests visiting the plague lords in Maldraxxus for help.

You then meet Talia just outside and protect her from harm while she provides a shield for you to enter the blight and collect a sample.

There, you must test the effects of different plagues on your minion while defeating slimes in the area. Finally, you must then slay the Lordaeron Blight that manifests from your plague sample.

You can then head back to Brill. Luckily, the quest provides you with a hearthstone that teleports you there. Just south of where you arrive, your next goal is to mount a plaguebat and drop plague-eaters from the sky. The bat will be on auto-pilot and you must simply spam the first ability and use the second to drop bombardments on targets below when you fly over them.

When you complete this, a giant plague monstrosity appears and you must defeat it from your bat by spamming your third ability and using the fourth whenever it comes off cooldown. With Lordaeron restored, the Forsaken forms the Desolate Council as their new form of leadership.

Completing this quest will pop a new quest from Dark Ranger Velonara next to you that simply has you speak to her to complete it. Doing this unlocks the dark ranger rewards. The last part of the chain has you follow Calia into the throne room for a cutscene, and completing this step grants the Of Lordaeron title reward.

Grey skin with red eyes will now be an option for all elf characters on your account, whether by making a new character or utilizing the Barber Shop.

Hunters of all races will also unlock the ability to purchase a dark ranger transmog set from Outfitter Reynolds in the Hunter Legion order hall provided this quest chain is completed by a Hunter on your account.

Now that you have all of this wrapped up, you might as well go unluck the transmog sets we mentioned above. Whether you want some new Blood Knight gear or are looking to embrace your inner Dark Iron with new weapon transmogs, Activision-Blizzard has you covered.