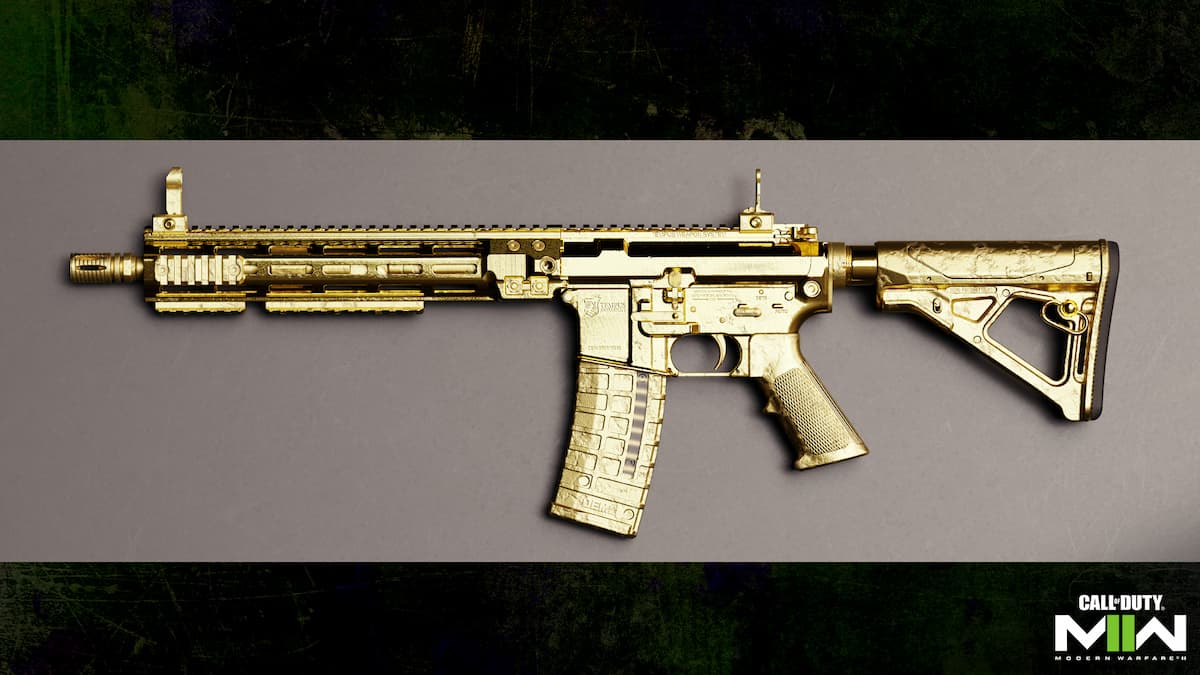 Keeping with the tradition of past games, Call of Duty: Modern Warfare 2 offers players the opportunity to get a Gold Camo on any one of their weapons. Although this shiny camo was last notoriously known for taking hours to unlock in the series, players won’t find the grind for the cosmetic as difficult in this sequel. Here’s how to get Gold Camos for all weapons in MW2.

How to get Gold Camos in MW2 multiplayer

Gunners won’t be able to access Gold Camos right after booting up the multiplayer for the first time. Rather, the weapon skin can only be unlocked on a specific weapon once its dedicated Base Camo challenges are completed. Each weapon has up to four Base Camo challenges, but some will remain locked until the weapon has been boosted to a particular level. As shown below, you can find each of these unique challenges and their level requirement to the left of the Completionist Camos in the Gunsmith’s Customization menu.

Additionally, Base Camo challenges typically revolve around earning eliminations with your gun of choice. For instance, the M4 assault rifle’s challenges task its users to get a specific amount of kills, double kills, kills without reloading, and triple kills. Once these objectives are met, the Gold Camo Challenge will then ask you to eliminate a number of enemies without dying in order to obtain and equip the Gold Camo.

Related: All Weapon Platforms and their gun unlock requirements in Call of Duty: Modern Warfare 2

After that’s done, there are still a few more Mastery Camos to get your hands on. These include the colorful Polyatomic and Orion weapon skins, both of which bear challenges that are far more difficult than the Gold’s. However, the game’s reworked Gunsmith system does allow even Level 1 weapons to equip attachments unlocked by others in their Weapon Platform, ultimately making this grind for Mastery Camos a tad easier.