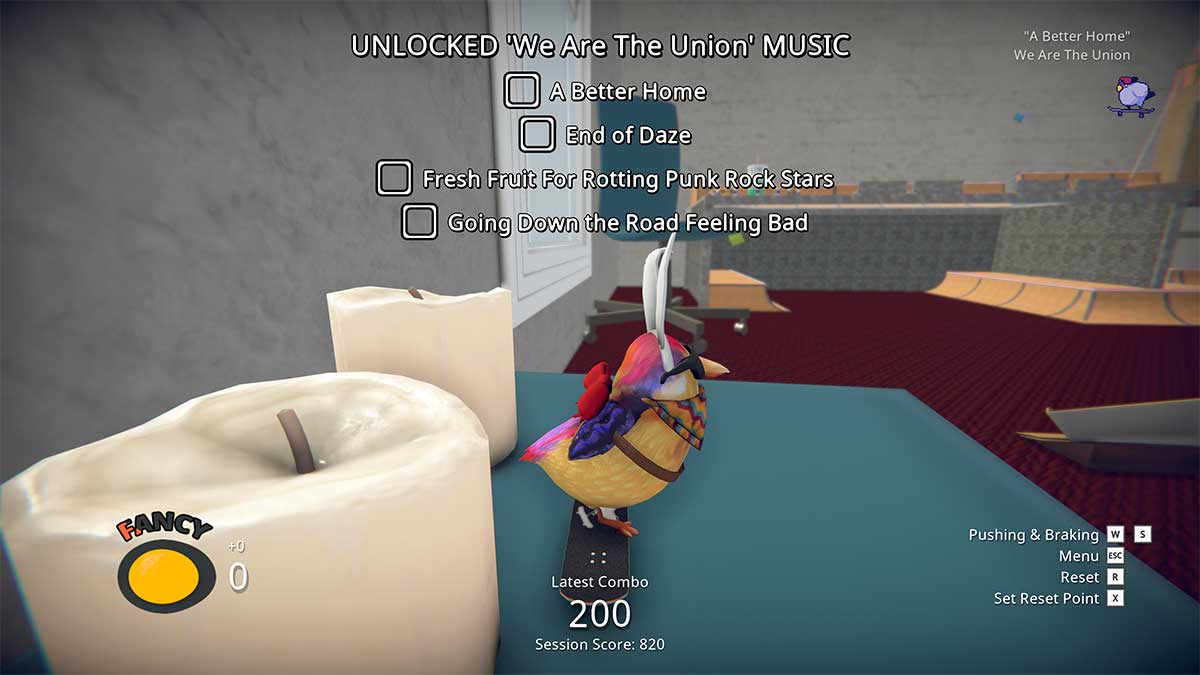 Skatebird is extremely different from classic skateboarding games in many ways whilst staying true to classic skateboarding culture at its core. Part of the way it leans into skateboarding culture is through its music. Many of the tracks in the game are talks on birds that have been reworked with beats. However, there are also tracks from punk rock bands that you can add to the soundtrack to give the game a much more authentic feel. This guide covers how to unlock new tracks so that you can make Skatebird a little edgier.

There are tapes hidden around every skatepark in Skatebird, each unlocking a set of tracks from a band. For example, in the first area, there’s a tape that you can collect to unlock a set of tracks from We Are The Union. However, these tapes are far from easy to reach. This one is located on top of a washing basket that you can only get to after you’ve mastered the art of building up speed, transferring, and precision landing.

Each tape contains a set of tracks but not an entire album. There’s at least one in each skatepark, making for a total of at least five across the entire game. Every tape unlocks tracks from a new band, and these are added to your playlist automatically, so there’s no need to open the menu and start messing around with that while you’re on a roll.