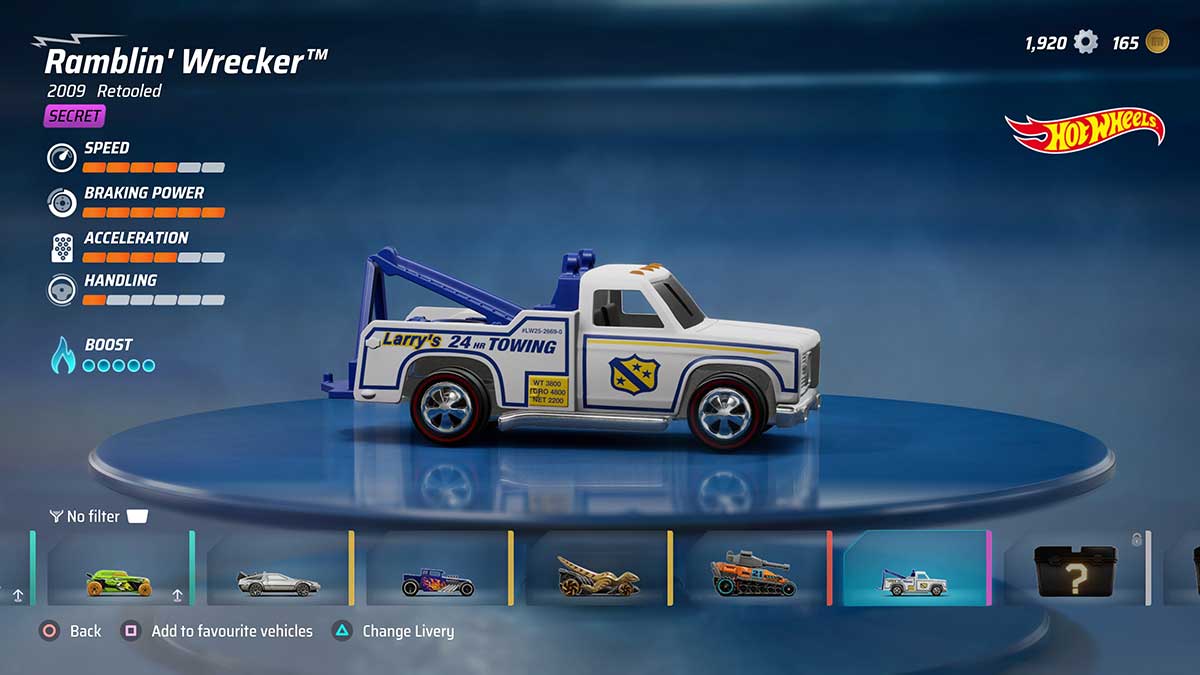 There are dozens of cars to unlock and drive in Hot Wheels Unleashed. They scale in rarity from Common up to special Treasure Hunt cars like Tanknator. However, there’s one grade above the highest that you won’t know about until you defeat the final Boss Race: Secret cars. Ramblin’ Wrecker is one of these cars, and this guide explains how to unlock it.

How to unlock Ramblin’ Wrecker

You unlock Ramblin’ Wrecker by defeating all of the Boss Races in the campaign. There are five of these races for you to conquer and they are as follows.

You can complete a few of these races in any order, but you won’t be able to complete the last one, Ghost Seekers until you’ve finished the four that precede it. Then, when you finish Ghost Seekers in first place, you’ll unlock Ramblin’ Wrecker.

There are five Secret cars in Hot Wheels Unleashed. Each one is locked behind completing a specific part of the game. For example, Ramblin’ Wrecker is awarded for completing all the Boss Races in the game. This is your first taste of the Secret car rarity and should spur you on to find the other four.