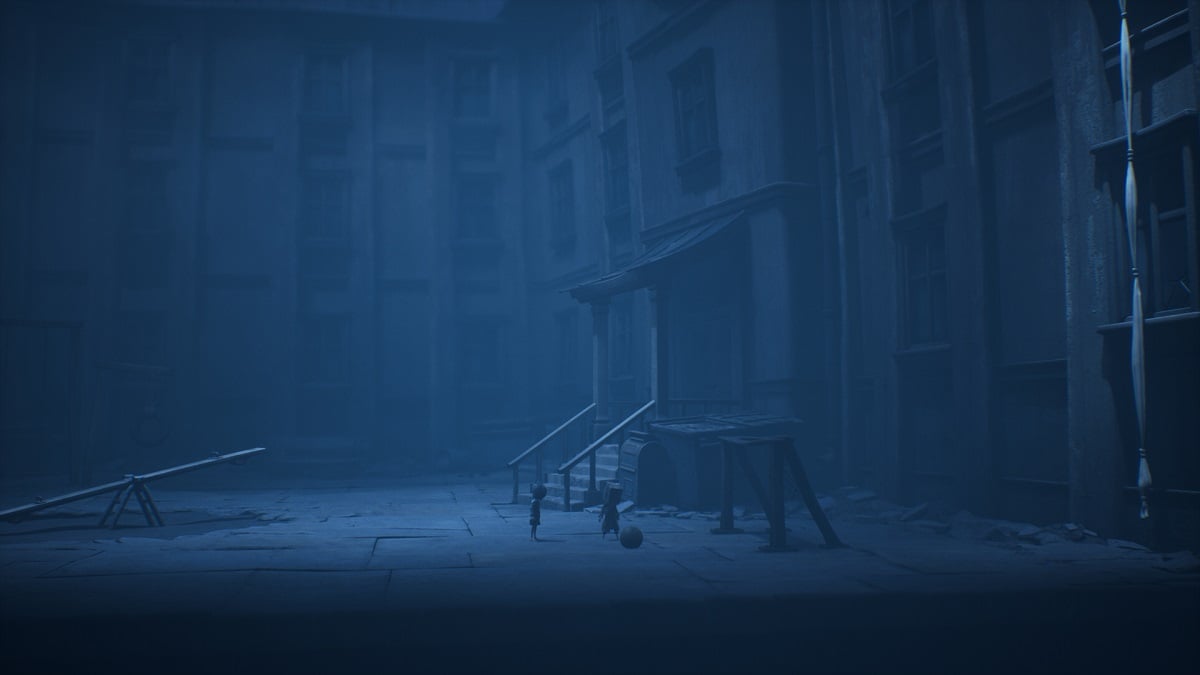 Little Nightmares II is an unnerving game, but that doesn’t mean that there aren’t some funny moments in Tarsier Studios’ latest title. The horror adventure game’s Referee! Xbox achievement or PlayStation trophy, which is worth 15 gamerscore or bronze trophy, is one of those humorous incidents amid the rest of the creepiness. It is something you will want to attain to achieve 100% completion.

You can unlock the Referee! achievement during chapter two. When you are in the school playground, you may notice a small soccer playing area. There is a ball and two nets but, while you might think you just need to score a goal to unlock this achievement, this isn’t the way to do it.

Instead, you need to grab the soccer ball hat from the dumpster next to the steps to the school entrance. Open up the pause menu and scroll to the Hats section. From that screen, swap Mono’s paper bag mask for the soccer ball hat.

Return to the game. The only thing you must do now is run into one of the goals with the soccer ball hat on. The achievement or trophy will pop, and the caption will read ‘Unorthodox, but they all count!’.