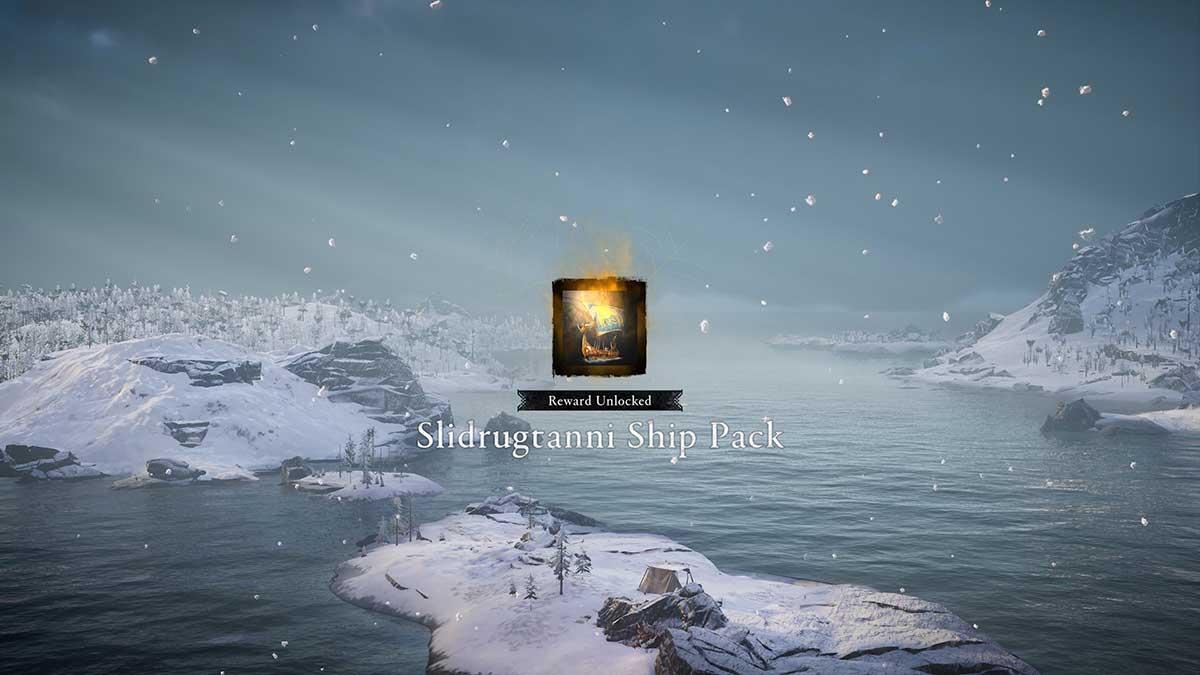 In Assassin’s Creed Valhalla Discovery Tour: Viking Age, you’ll find a collection of new items to unlock and use in the main game. However, those items require some effort on your part. The best items require a lot of effort, which is why we’ve put together this guide for how to unlock the Slidrugtanni Ship Pack.

How to unlock the Slidrugtanni Ship Pack

To unlock the Slidrugtanni Ship Pack, you must complete the third quest in Assassin’s Creed Valhalla Discovery Tour: Viking Age. This quest is called Seaworthy and sees Thorsteinn return home to his king after a successful raid in England. However, he isn’t looking to stick around. Thorsteinn wants to leave and make a new home for him and his wife in England, but his king isn’t happy about it.

During this quest, you’ll complete a new flyt and then learn how Viking longboats were built almost 1,000 years ago. Thorsteinn will even get involved in part of the building process, giving you a genuine appreciation of the mastery that shipbuilders had so long ago. The quest has a few choices to make along the way but concludes with a happy ending. Once you’ve sailed away, the Slidrugtanni Ship Pack will unlock. You need to connect to the internet to register the new content, but once you have, you can equip it to Eivor’s ship in the base game.