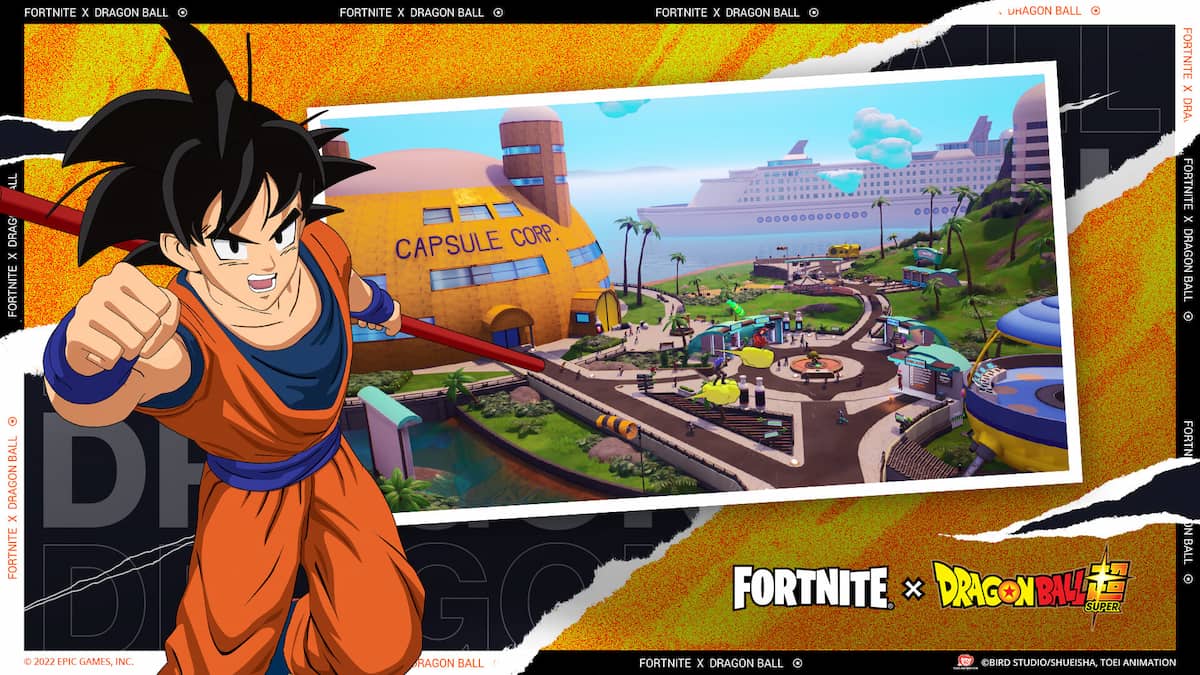 Where to find Dragon Ball Adventure Island in Fortnite

Dragon Ball Adventure Island is a Creative mode map, so you should spot it in the Discover page’s Dragon Ball x Fortnite tab. However, if it is no longer featured on the page, you can also enter in its dedicated code. This can be done by heading to Discover’s Island Code tab and typing in the following: 5642-8525-5429.

Once there, you can explore notable areas from the series, such as Kami’s Palace, Goku’s House, and the Room of Spirit & Time. Visitors can even partake in racing and cooking activities and PvP battles inside the World Tournament arena. Dragon Ball Adventure Island also plays a major part in the Dragon Ball Power Unleashed questline. That is because it’s Endurance Training set of quests tasks players with collecting the island’s hidden capsules and sole Dragon Ball. Those who do will then earn a higher Power Level and unlock free cosmetics, such as the Dragon Radar Back Bling and Charging Up Emote.

Related: How to get all seven Dragon Balls in the Fortnite x Dragon Ball crossover event

Additionally, yet another Dragon Ball Creative Map will be available during the event. The game is also currently hosting a Dragon Ball Super Episode Festival, a map featuring digital television screens for players to watch six different episodes of the series at no cost.