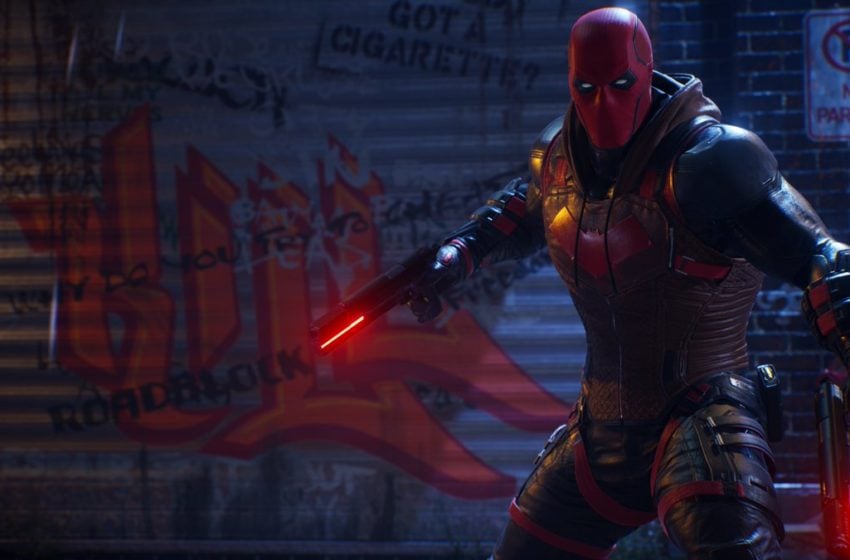 Gotham Knights has been revealed by WB Games and sets the four members of the Bat Family not named Bruce Wayne against the criminal world of Gotham City. While this is the first official unveiling of the game, many leaks and reports from the game were saying this is the latest game set in the Arkham universe.

There may be some elements hinting at a continuation of the story last seen in Arkham Knight, but we’d like to warn you from thinking that is the case. WB Games Montreal told ComicBook.com that “Gotham Knights is an original story set in DC’s Batman Universe and not connected to the Arkham series.”

Here are the ways in which Gotham Knights is not connected to the Batman: Arkham series.

In the reveal trailer for Gotham Knights, Bruce Wayne sends an automated message to the Bat Family explaining his death. He states that he blew up Wayne Manor and the news reports that his body was found in the rubble. While this holds up with the ending of Arkham Knight, there are two particularly important factors that are missing. One, there is no mention of Alfred, Bruce’s loyal butler and closest family member. While Bruce could have let Alfred get away from the explosion in time, it was actually Alfred who detonated the explosion in Arkham Knight. Alfred appears in the official Gotham Knights gameplay video, but Bruce appears to be dead for real. Unless the game takes a comic book mentality and brings him back at some point, or perhaps he has actually been captured by the Court of Owls.

The second glaring issue is that the news did not note Bruce Wayne as being Batman. In Arkham Knight it is revealed to the world who Batman really is, and for the news not to mention Bruce being the Dark Knight tells us that they did not know in this story yet. It should also be mentioned that in Arkham Knight the Wayne Manor explosion took place in front of a crowd of reporters, and the news anchor in the trailer makes it seem like this was a random explosion with no crowd in its midst. Both stories contain the Wayne Manor explosion, but there are too many stark differences to say these are similar events.

Finally, it should also be mentioned that the code word for Wayne Manor’s destruction has a different name. In Arkham Knight, Bruce calls it the Knightfall Protocol. In the Gotham Knights trailer, it is called Code Black.

A different version of Robin

While some originally thought that the Robin in Gotham Knights was Damian Wayne, he is in fact Tim Drake, the same Robin (or rather Red Robin) present in the Arkham series. There are noticeable differences, though. For one, his suit is completely different from the Arkham games, and he also appears to be much younger here. In the Arkham games, he is noticeably an adult and in a relationship with Barbara Gordon. Here, he appears to be a teenager or a young adult.

Speaking of Barbara Gordon, at the end of Arkham Knight, she is very much still under the moniker of Oracle, Batman’s tech genius aid. It has been revealed that Barbara was Oracle in this story, but “after years of recovery and preparation, she is ready to step into her new role.” This also points to the Wayne Manor explosion being different, as Barbara was very much still disabled at the end of Arkham Knight and had not taken the years of recovery to return to Batgirl.

At the end of Arkham Knight, Batman tells Oracle he is preparing the Knightfall Protocol, while in Gotham Knights, it appears that this is her first hearing about the explosion.

Our final point about Gotham Knights being in a new Batman universe aside from the Arkham series is that Jim Gordon is dead. In the trailer, Bruce mentions that the Bat Family cannot trust the Gotham City Police Department since Jim Gordon’s death. This completely goes against the ending of Arkham Knight where Batman saves him from Scarecrow and walks away saying that Gordon was “There at the beginning, and now will be here at the end.”