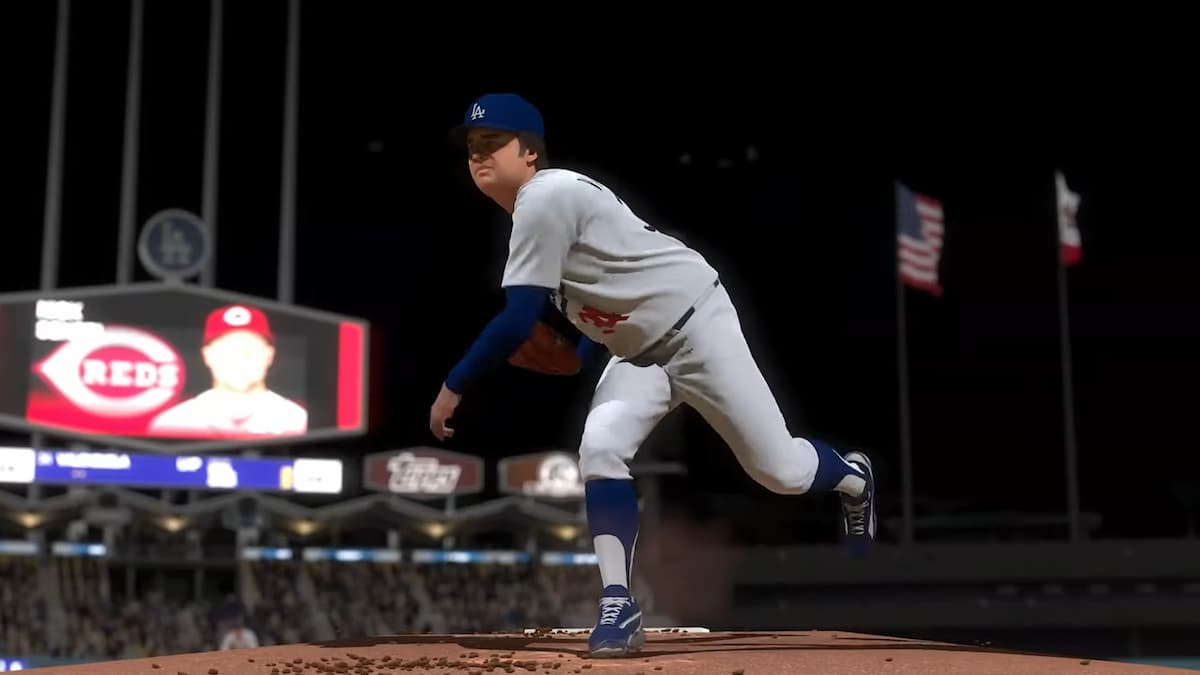 First off, it’s important to know the three main types of pitching mechanisms in MLB The Show 21: meter, analog, and Pinpoint. The meter mechanism uses, as you’d expect by the name, a meter that determines the accuracy and effectiveness of the pitch. To use the meter, simply select a pitch, determine the location, and press A on Xbox or X on PlayStation. Ensure that the top portion of the meter is filled, then hit A/X again once the line is in the yellow bar.

Analog pitching uses the right stick of the controller, and it offers more precision than traditional meter pitching. Pinpoint Pitching, which utilizes a mechanic that is quite similar to the one found in the old Major League Baseball 2K franchise, is new to MLB The Show this year. While it is the most difficult to master, it offers the most precision. And, it’s perfect for old Xbox MLB 2K players who are joining The Show for the first time, plus others who want to add a bit more control to their game.

Related: How Pinpoint Pitching works in MLB The Show 21

2. Get familiar with the pitches

Pitching mechanics are not the only part of the game that you need to get comfortable with. Make sure that you know which pitches your player utilizes, before jumping into a game. This tip is useful in both online and offline play, and here’s why: doing so will allow you to build a game plan and decide how to attack in an upcoming game.

We’ll elaborate more on why pitch arsenals matter so much later on, but we do want to point one more thing out before moving on: to check a pitcher’s repertoire, go to that individual’s player card.

3. Don’t get too predictable

In MLB The Show 21, you don’t want to get caught pitching in a predictable pattern. Sometimes, one could fall into a situation where one pitch is thrown towards one side of the zone, and then for the next pitch, the ball goes to the other side. While doing this can be helpful, as it can throw off the eyes of the opposition, it can make yourself more predictable if you do that over and over again.

This is why you want to diversify your pitch spots. Don’t follow the same pattern every time, and mix it up from time to time. For example, throw a bunch of pitches outside for one batter, and then go back and forth for the next hitter. Then, change your approach again.

This tip is geared more towards Road to the Show, but it can still be applied towards picking players in Diamond Dynasty as well. It’s important to pick pitches, generally speaking, that can stifle the opposition and make it hard to pick the ball up.

Several powerful pitches in MLB The Show include sinkers, changeups, cut fastballs (cutters), and sliders. However, you’ll want to set up these pitches, and we’ll get to that more in detail in a bit.

If you plan on using Pinpoint Pitching, be sure to move the right stick in a smooth, fluid motion. Don’t try to move the stick too fast or slow, or otherwise the accuracy of the pitch will be off. Instead, move it at a steady pace. You’ll know whether you’ve done when you see green lines pop up on the Pinpoint interface.

6. Try to trick the opponent

As we touched on earlier, predictability is a very bad thing. If the opposition knows a specific pitch is coming in a certain area, you’re going to be in a bit of trouble. In order to avoid being predictable, you’ll need to do a couple of things.

First, avoid using the same pitch over and over again at a particular count. For example, if you’ve used a fastball in a 1-1 count for three straight batters, try mixing it up and use a different pitch for the next hitter. Even if you don’t hit the zone, just trying a different pitch will throw the opposition off.

Second, look to pitch backwards as much as you can. Most of the time, players will use a fastball at the onset of every at-bat. While we don’t recommend throwing out this mindset completely, it does help to pitch backwards at times. However, in order to do so effectively, you’ll need to get the opponent thinking that a fastball is coming at the start of an AB. Try throwing a fastball at an 0-0 count two or three times, and then mix in a slider for the fourth time.

Lastly, mix up the locations of your pitches. We’ve hit on this earlier in our guide, but it doesn’t hurt to repeat it, as doing this can be a game-changer. Try painting one specific area of the plate during one at-bat, and then go back and forth between sides of the strike zone for the next AB. This will make the opposition think you’re going to throw it in one area, but you know that won’t be the case.

Pitch tunneling is more of an advanced concept in baseball, but if mastered properly, it can be a big boon for your game. Simply put, tunneling is a concept in which pitchers try to beat hitters by throwing two similar-looking pitches in the same spot in a row. An example of this would be to throw a fastball outside, followed by a slider in the same spot. Since sliders look very similar to fastballs, up to around 10 feet before hitting the plate, a hitter may anticipate another fastball. In reality, however, a breaking ball at a lower speed is coming.

Tunneling is a key concept to learn. But, it’s important to know how to set up. Cutters, sliders, and changeups all look similar to four-seam fastballs, so to tunnel correctly, throw a fastball, followed up by one of the three other pitches mentioned above, or vice-versa.

Some players might be cautious about throwing in the zone, and for good reason. After all, the goal for pitching is pretty simple: limit the other team’s offense as much as possible. You don’t want to give the opposition anything good to hit in the middle of the zone, but it’s also important to note that you just can’t live on the corners for every at-bat. At some point, an opponent will catch up to your tendencies. So much like with pitches, it’s important to mix up your spots and we can’t stress that enough.

9. Learn at the plate

If you’re struggling at the plate, takes notes as to what’s making you struggle. This is not just a great way to figure how to hit better, but you might be able to pick up on some things that you can then, in turn, use when you’re on the mound. Watching the game can help you, just as much as our list tip to you: practice.

Pitching takes time to master, so make sure to get as much game action as you can. It doesn’t matter if you play Franchise, Road to the Show, or Diamond Dynasty. Any game mode can be a great way to fine-tune your skills, and improve in MLB The Show 21.