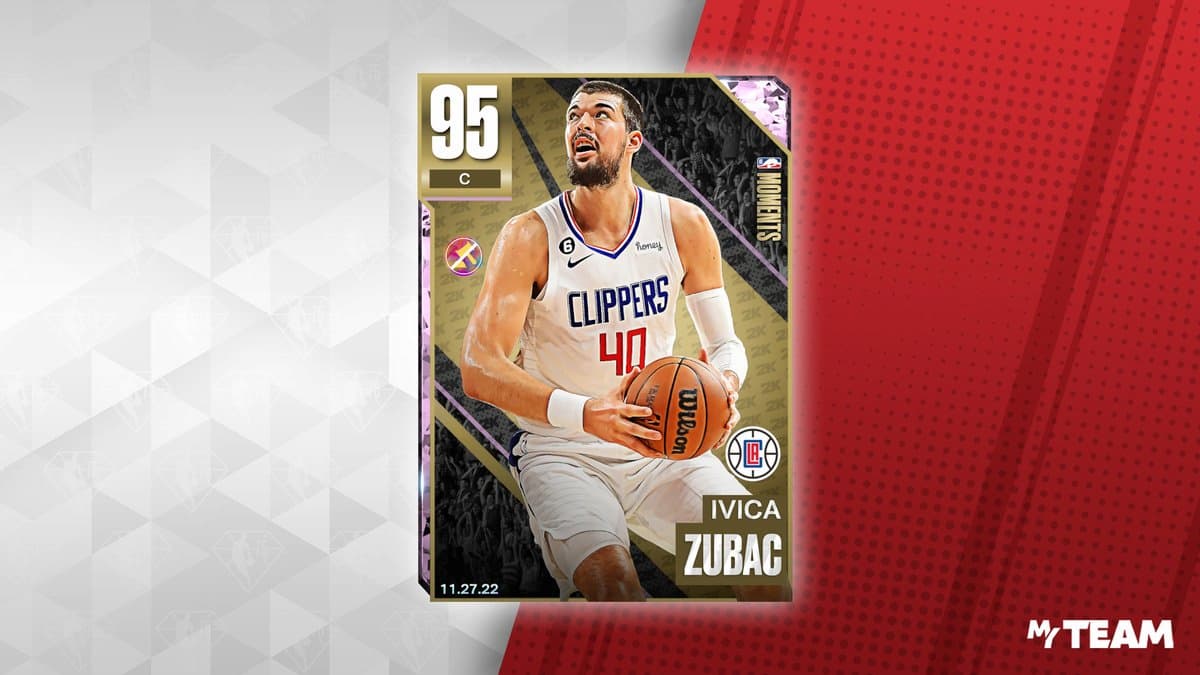 On November 28, a new Moments challenge dropped in NBA 2K23 and MyTeam. This one features Clippers center Ivica Zubac, and a new 95 OVR card that features the big man is now available for a limited time. What will you need to do to get the 95 OVR Zubac in NBA 2K23? Let’s take a look at the challenges.

How to get 95 OVR Moments Ivica Zubac in MyTeam

In order to get the Moments Zubac in MyTeam, players must complete four separate Agendas. These Agendas include objectives that need to be completed in one of MyTeam’s various online and offline modes.

Here’s a look at the four Agendas, plus the rewards for each:

Like with other Moments and Takeover challenges that dropped in the past, our advice is to work within the single-player game modes, particularly Challenges. This will allow you to rack up stats, without having to deal with the “sweats” in online play.

You will need an Ivica Zubac to complete this challenge. As of this writing, the only other Zubac card available is the Series 1 which can be found in the Clippers Starter pack at the Token Market. Also, be mindful of that 20 rebound challenge. It is a long one, which makes the Challenge mode your best friend. The reason being is that many Challenge games have 12-minute quarters and can be played on the easiest difficulty.

Upon completing the four challenges, players will then receive the 95 OVR Moments Ivica Zubac. This card will leave the MyTeam Agendas on December 1.