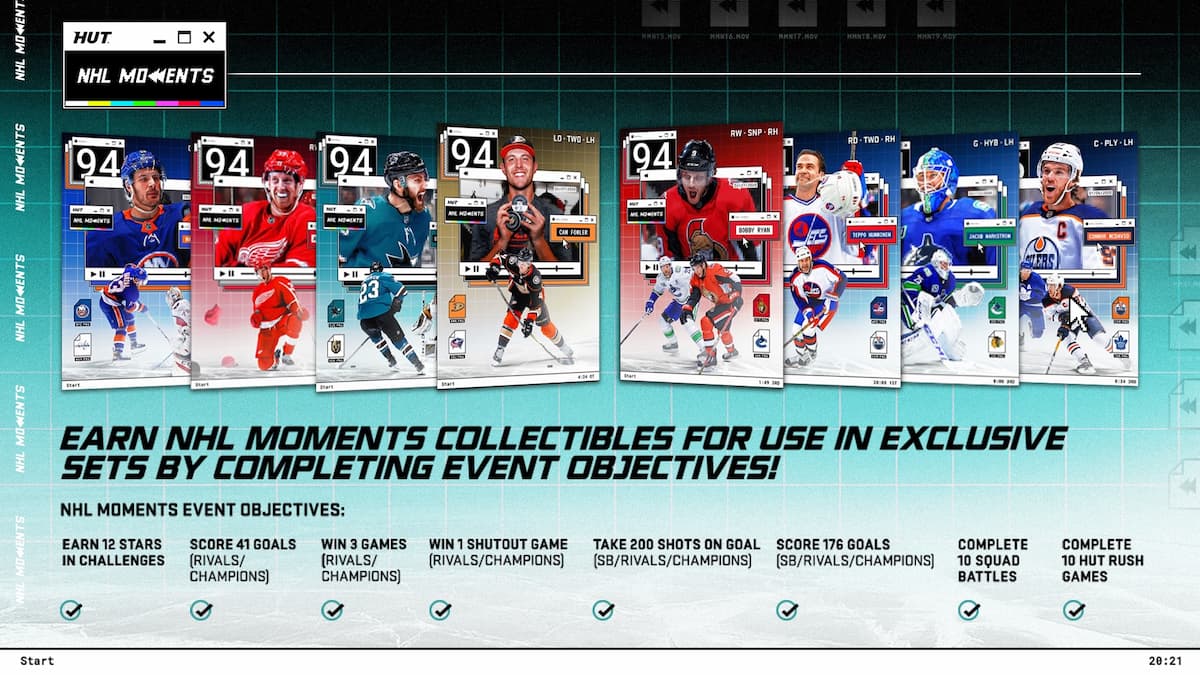 On March 12, EA Sports and the NHL 21 team released a new Objectives challenge, the second one of its kind this year. This time around, NHL players can obtain special NHL Moments Collectibles by completing in-game Objectives in NHL 21’s Hockey Ultimate Team (HUT). So, how does this event challenge work? Let’s go over what you need to know.

For this challenge, NHL players need to complete eight different objectives. Each of the objectives need be fulfilled in specific modes in HUT. The eight objectives are as follows:

As of March 12, only four sets that use NHL Moments Collectibles were available. The four sets go as follows:

Players who complete all eight will receive 2,000 Coins.

This challenge won’t yield the same kind of rewards as compared to the HUT Style Rush, nor will it be as simple either. While none of the objectives above are particularly daunting, you will need to play some online games in order to finish this challenge as opposed to the last Objectives challenge.

The good news is that some of these objectives can and will need to be completed in Squad Battles. This means that if you haven’t already finished the Style Rush challenge, you can get some games in Battles and move the needle towards finishing both.

Also, keep in mind that you can track your progress. Select the Objectives tab on the bottom-right side of the HUT Main Menu, while in the HUT Central section. Then, stay on the Objectives section and scroll down until you see the NHL Moments Event Objectives tab.

This challenge is slated to expire on March 26.