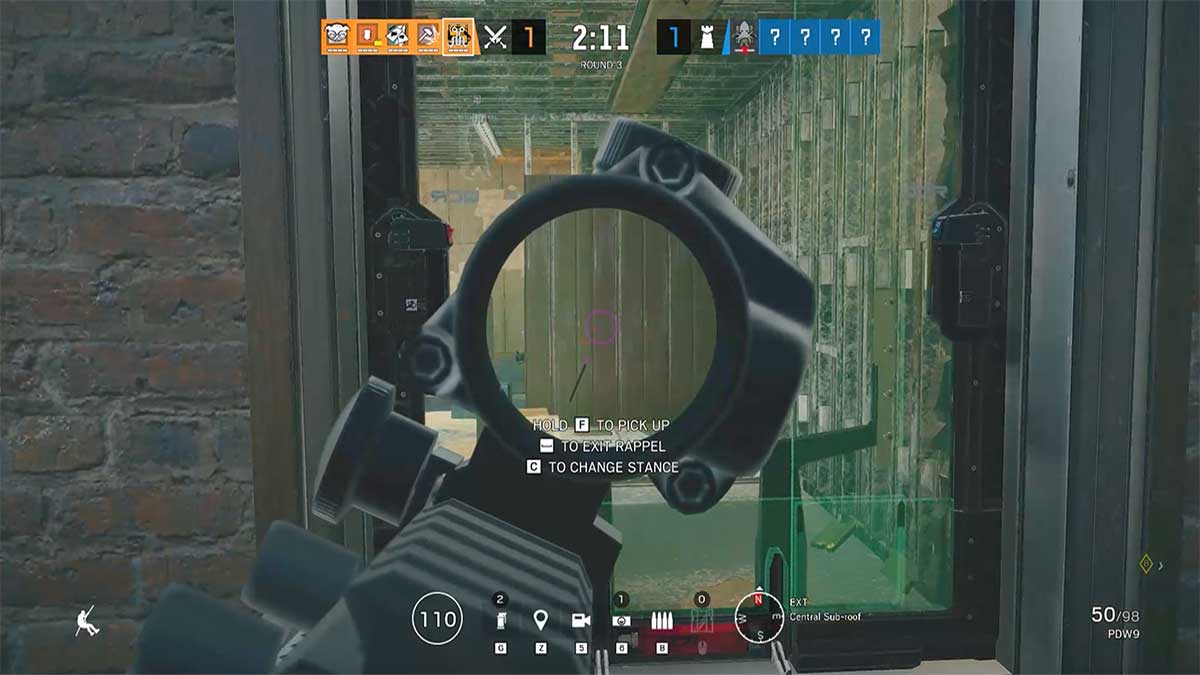 The new Operator coming to Rainbow Six Siege with Operation Crystal Guard is Osa. She’s a Croatian Attacker who has shown incredible prowess in all types of technology. She loves to build her own gadgets and find interesting solutions to common problems, which plays into the new device and strategies she brings to the game.

Osa is a two-speed and armor Attacker with a 556XI assault rifle or PDW9 SMG as her primary weapon. Her secondary is a PMM handgun. In addition, you can equip her with either the stun grenade or claymores, and her unique gadget is a bulletproof shield, of which she has two per round.

The Talon 8 Clear Shield is a bulletproof shield that anyone can see through. The only way to obscure it is by hitting it with a melee attack, which will cause it to shatter like all glass in the game. This shield can be placed anywhere on any map, whether that’s in the corner of a room, a doorway, or even a window.

Osa can break wooden barricades when placing the shield in a window and then lock it into place. This creates an impenetrable viewing glass that all Attackers can use to peer into a room, assess the threat, and enter from new angles while coordinating with whoever’s watching.

While walking around, Osa can quip the shield and use it to defend herself. It’ll stop bullets from hitting her in the head, but not from the waist down. Unlike other similar shields in the game, the Talon 8 Clear Shield is shorter and more compact. It’s perfect for crouching behind while working out what angle to go for on a shot, but it’s not a good idea to hide behind it for too long.

The shield can be destroyed by either an explosive such as a grenade or by shooting the small capsules along the bottom that hold it up. The latter will cause the shield to collapse, while the former will destroy it outright.

Attackers don’t generally require defensive positions because they’re usually the ones moving in against Defenders. However, this shield mixes up the formula by providing a way for Attackers to create a safe forward position in the middle of enemy territory. Defenders are great at hiding around corners, lying in wait to fire at any Attacker that comes close. This shield turns that tactic on its head.

With Osa at the front, Attackers can wait for her to place a shield at the top of some stairs and clear out any Defenders waiting for the team to move up. Unless they sacrifice a grenade or move out to get a better vantage point, Osa turns a defendable position into a tactical advantage for the other side.

Even in windows where laser grids or other defensive measures have been employed, the Talon 8 Clear Shield gives Attackers a window that helps them work out what to do next. For example, deploying the shield on a first floor window while an unsuspecting Defender waits by the door on the opposite side of the room could turn the tide of the battle. There are so many new possibilities with this gadget.

As a final resort, Osa can equip the shield and march into the fray. This might look insane, but creating that target for Defenders to focus on opens up new avenues for the rest of the team to come in and strike. In many ways, Osa could end up becoming the trojan horse of the Attacker lineup. Only time will tell.