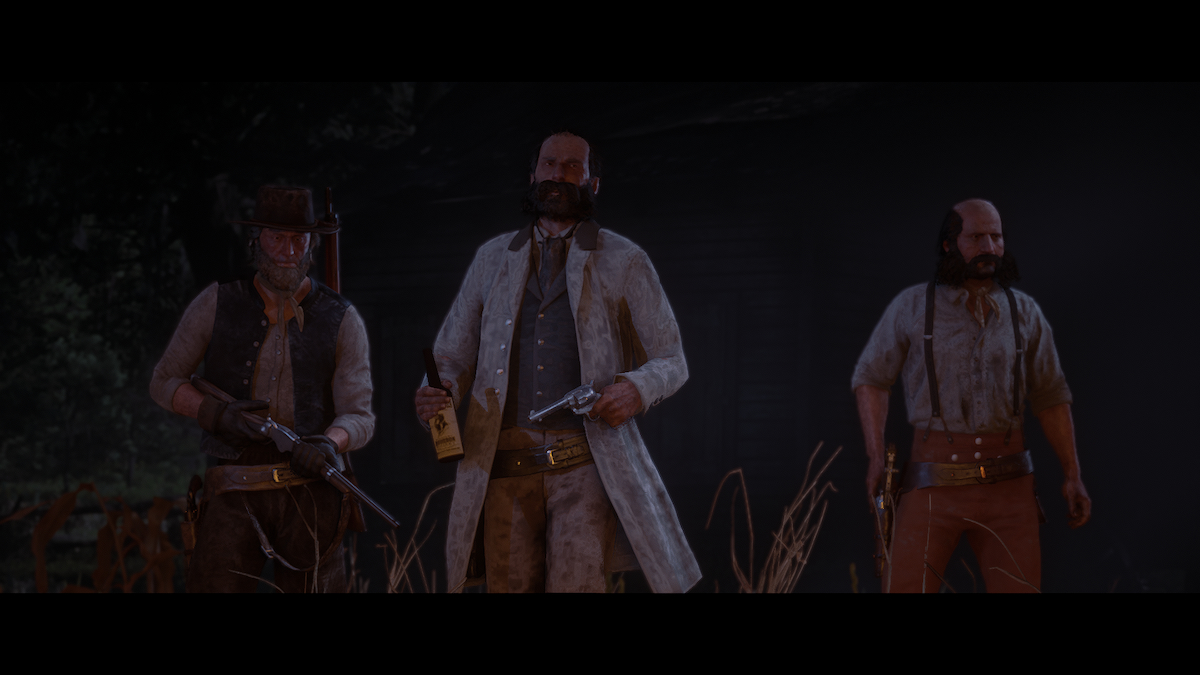 Red Dead: Online is packed full of outlaws. Whether they’re Del Lobos or the mud people of the swamp, players always have someone to gun. That goes double for players that look to earn their keep as bounty hunters. These cowpokes of fortune have a bevy of criminals to chase down for profit. However, there are many infamous bounties, multi-part missions that have players chase down multiple targets. One of the groups they can go after is the Bellingham brothers. Here’s how you can capture the moonshine swilling brother, Ned Bellingham.

Sorry to say, but if you want to get in on hunting down the Bellingham brothers, you’ll have to fork over some extra gold bars to Rockstar. Infamous bounties are only available to players that pick up the prestigious bounty hunter license for an extra 15 gold bars. It’s easy enough to buy though, simply head to your nearest bounty board and follow the prompts to pick one up.

Pick up the bounty in Rhodes

Unlike other bounties that you can pick up regardless of which town you’re in, infamous bounties are region-specific. As such, you’ll have to head to the small, proper town of Rhodes to launch the hunt for Ned Bellingham. Head to the bounty board there, and you should see his nasty mug on the rightmost poster. Pull it down and start the bounty.

Once you start the bounty, you’ll get a message telling you that Ned is overseeing moonshine production by a river. Simply follow the path to his operation, and once you’re there, cause as much mayhem as you can to draw Ned out. Now, the site is full of armed guards, but since you’re going to be blowing things up anyway, it’s best to go into this situation with guns drawn. Takedown anyone that gets in your way and either use your own dynamite or the conveniently-placed boxes of explosives to destroy all of Ned’s moonshining equipment.

Once you’ve blown up, shot up, or otherwise destroyed enough of his moonshining equipment, a cutscene will play showing a disgruntled Ned Bellingham stumbling upon the scene. Once the cutscene ends, he’ll be running over with his own posse of outlaws. Take cover somewhere and get ready for a firefight. Naturally, try to pick out which one Ned is and avoid taking him out if you want the full bounty paid back.

Once all the goons are down, and you have Ned hogtied, the rest of this bounty goes like many others. Put him on the back of your horse and ride to the Rhodes police station to collect your reward. Some enemies will pursue you, but taking them out from your horse is easy enough. While you’re riding in the swamps, though, be careful. A stray gator can easily spook your horse, and you don’t want to leave Ned tied up next to a giant hungry reptile.