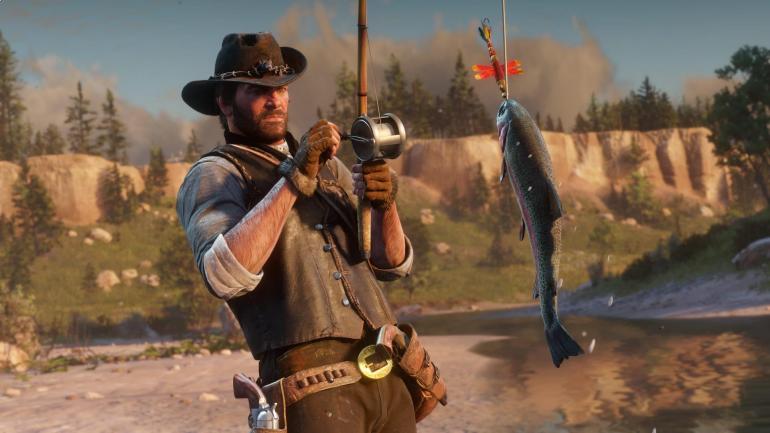 In the previous Kind and Benevolent Despot, Dutch and Arthur we are able to save Javier from the prison. In the next mission Hell Hath No Fury which is the continuation of Savagery Unleashed, the gang will now deal with the ongoing war on the island. To leave the island Dutch and Arthur will have to help Hercule in stopping the Fussar’s naval ship and his army of soldiers.

In the camp region, go in the fort and you will see Dutch discussing with the Rebel about the boat. But the rebel will tell you that you will have to help him in the war before they can get to the boat. Follow the gang to the top floor and you will see explosions. This will trigger the fight, you will be assisting the rebels. Shoot all the men who are approaching the fort, you will need around 50% accuracy for Gold Meal.

Next help the rebel to push cannon on the edge. In the cutscene, you will see an army of guards entering into the fort region. Dutch will plan to clear the men from the beach. Follow him, and start shooting the intruders. You will be in the outer region of the fort, be ready to activate Dead Eye. Keep following Dutch and kill the intruders.

Move the Cannon towards the ship and then fire. For Gold, you will need to hit the ship without missing a shot. Aim a little above the ship and your cannon shots will land on the ship. After hitting it seven times the ship will be destroyed.

After sinking the ship Hercule will tell you about the boat, walk towards the beach for the ending cutscene. The next mission you can play is Paradise Mercifully Departed. This mission will begin instantly after you are done with Hell Hath No Fury. For similar guides, tips and updates on the game do have look on our Red Dead Redemption 2 Wiki guide.