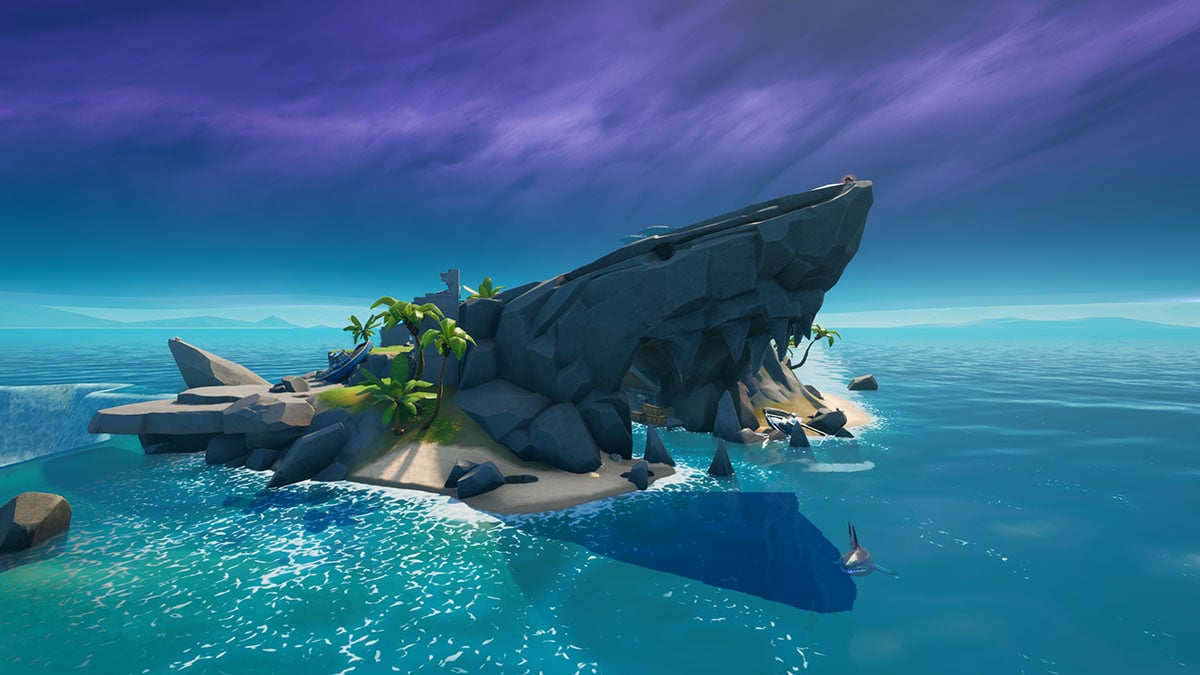 So, there is a place in Fortnite called Sharky Shell, which is news to us. It can be found in the northwest corner of the map, above Coral Castle. It used to be known as The Shark, but after the tidal wave hit the name was changed to Sharky Shell. Why? Because it was pretty much gutted and is now a wreck.

Frankly, we did not know this at all, so you learn something new every day. We are not saying that it was a bad POI, and this is why it has now been reduced to being a landmark, but it was certainly something that did not inspire us to visit it very much.

It’s in an awkward place and leaves you with a long trek to get to the busier part of the map. There is no Choppa there, although you can find some boats which will get you to Sweaty Sands in no time.

The area is currently stacked with loot, thankfully, so it’s not a terrible place to drop in to. It will be busy during Week 8 when one of the challenges is to the land here from the Battle Bus, and then make it to the Top 25 in that match. Our advice is to land near the mouth of the cave, grab the boat, and then get out of dodge. Let the rest of the server wipe each other out at Sharky Shell and you will have a much easier time getting to that Top 25 spot.