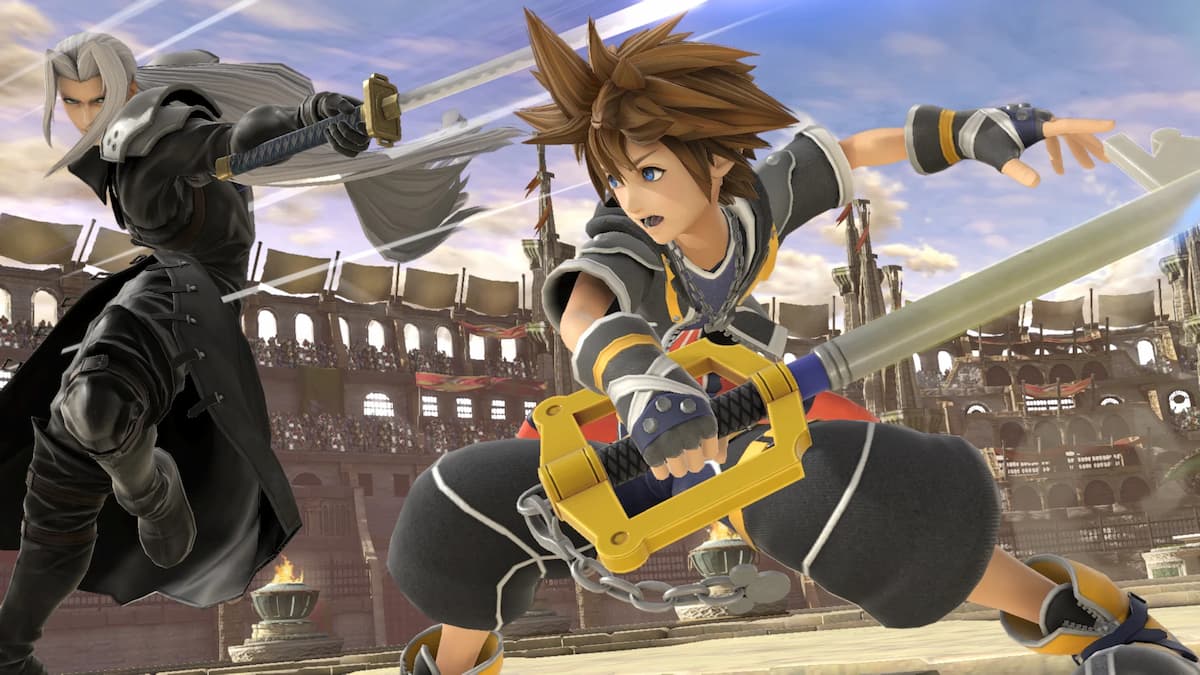 In a move most fans only dared to dream of, Sora from Kingdom Hearts is finally coming to Super Smash Bros. Ultimate. As with every Smash fighter, his moveset pays plenty of homage to his original game, and his build tries to mirror his feel in Kingdom Hearts. His moveset is relatively straightforward and easier to master than the Kazuyas of the Smash world. How can players best utilize Sora as a Smash fighter?

Sora’s base build is light and floaty, and his base jumps are quite high. This means that, weight-wise, Sora is a very light fighter — even lighter than Isabelle or Young Link — so he can be easily launched. Alongside his specials, this means he is near-unbeatable in the air when mastered. In particular, Sora’s Side Special, Sonic Blade, is a powerful tool for maneuvering around opponents. Sonic Blade allows players to move three times in any direction, as long as the first move is sideways. Sonic Blade is great for recovering after falling off the stage and can even be used to fake a fall. The move also includes a “locked-on component” for attacking enemies.

Sonic Blade is even more potent if used directly after Sora’s Up Special, Aerial Sweep. Aerial Sweep works very similar to Link’s Up Special: Sora will launch into the air while continuously damaging opponents with his Keyblade. Aerial Sweep also has a lot of launch power, making it great for potential KOs. Using Sonic Blade after Aerial Sweep is a seamless transition which allows Sora to get an extremely high jump. This combination is so potentially powerful, it can be preceded by a down smash or down tilt attack to force an enemy down, offstage, while giving Sora plenty of time to recover.

So Sora is clearly strongest in the air, but he has a number of other interesting properties as well. Four of Sora’s normal attacks — the neutral attack, side tilt attack, neutral air attack, and forward air attack – can become 3-hit combos. If all three hits are landed, the opponent may be launched. One hit will push the opponent back. Depending on which specific attack is used, the ratio of speed to attack power varies, but the forward air attack is best for launching opponents off the stage.

Sora’s side smash is also very useful for KOs. The flash from the Keyblade in Sora’s up smash is great for launching opponents high in the air, but it leaves Sora vulnerable. It pairs well with the down tilt attack. Sora’s down smash sends shockwaves, which could hinder opponents hanging off the stage.

Sora’s neutral special is Magic and comes in three variations: Firaga, Thundraga, and Blizzaga. The three moves cycle in usage, and players can keep track of which one they’re on above Sora’s damage percentage. All three have different properties, with Thundraga having a far reach, Firaga enabling many consecutive shots, and Blizzaga having the ability to freeze opponents.

Sora’s down special is a Counterattack modeled after Kingdom Hearts gameplay. Counterattack will counter anything from the front, but it’s much iffier at countering attacks from behind. Projectiles will not be launched at the original opponent, but rather will deflect behind Sora, which could get a random fighter in trouble.

Overall, Sora excels in the air, but he’s also a very flexible and straightforward fighter. Try to use his lightness and speed to avoid getting launched.