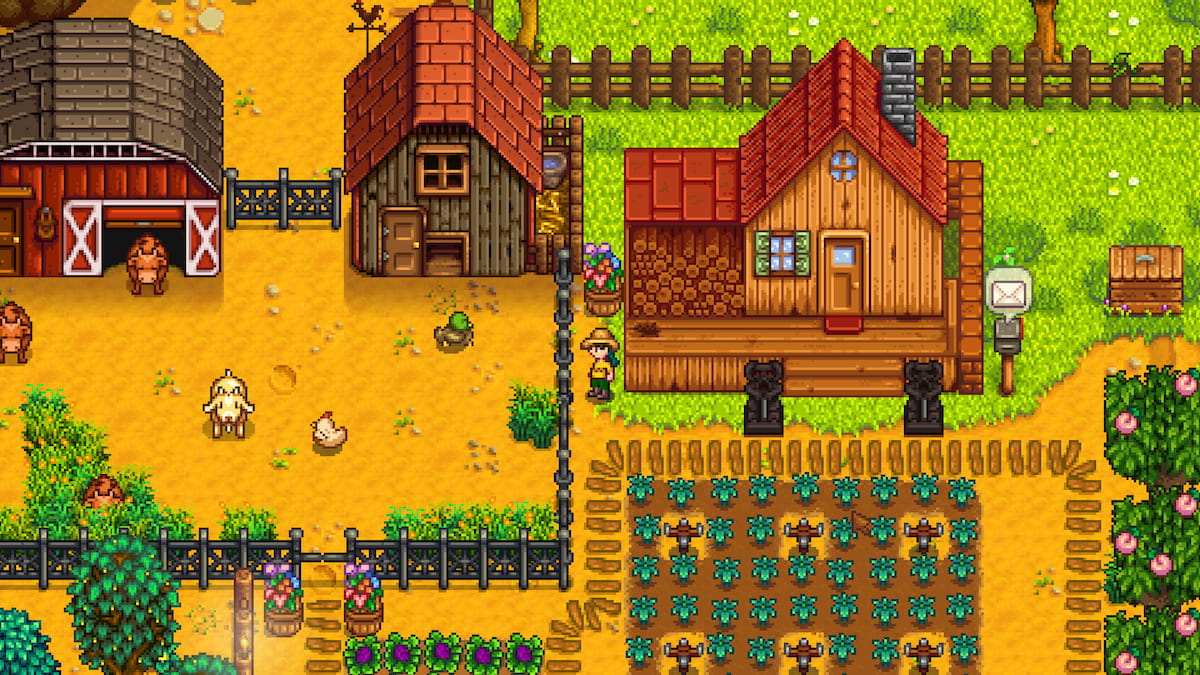 No matter your taste, Stardew Valley has a romance option for you. Elliott might live on his own in a simple shack on the beach, but he has ambitions beyond his humble surroundings. The mechanics for winning his heart are the same as every other eligible singleton in Stardew Valley, but he tends to be pickier about gifts than most people.

Our Romance Guide for Elliott in Stardew Valley has everything you need to know to avoid offending this dashing young writer.

Elliott lives in the quaint little shack near Willy’s shop on the beach. Most days, he tends to stay inside and do his writing, but he often can be found on the beach, in the saloon in the evenings, or getting supplies in the General Store. Because Elliott’s house is only one room that counts as his bedroom, you can’t enter his home at all until you have two hearts unlocked with him. Also, Elliott doesn’t leave his house at all when it is raining, so you’ll always know where to find him on those days.

Though you can slowly raise his heart level by talking to him, you’ll need to give him gifts that he likes to speed up the process. Like everyone else in Pelican Town, he has items he likes and items he dislikes.

It takes 250 Friendship Points to increase Elliott’s heart level by one. Remember that giving a gift on his birthday, Fall 5, will increase the bonus offered by 8x.

Giving these gifts to Elliott will offer a massive 80 friendship points reward.

Giving Elliott these gifts will increase her heart level by 45 points.

Giving the following gifts will get a neutral response from Elliott and increase his heart level by 20 points.

All other gifts are considered either disliked or hated gifts and will decrease Elliott’s heart level. Avoid giving him anything, not on the above lists.

As you get to know Elliott, your Friendship Level will increase slowly, eventually unlocking new Heart Events to dive deeper into this passionate artist’s life.

Enter Elliott’s cabin any time he is there.

Elliott will explain that he originally came to Pelican Town to become a writer and will ask what kind of novels you like to read. Your choices are:

Enter the Stardrop Saloon between 3pm and 10pm when Gus is there.

Elliott will enter and order both of you a drink to celebrate his progress on his novel. You’ll be able to propose a toast with him.

Unlock this event by entering Elliott’s home when he’s there.

Elliott will be playing the piano and lamenting the difficulty in finishing his novel. You can respond with several different prompts, none of which will impact your Friendship Level with Elliott.

You’ll receive a letter from Elliott asking you to come to the Museum between 1pm and 7pm.

Elliot has finally finished his novel and has invited you to a reading of it. There are no choices to make here, but the text of the novel will change based on what genre you chose during the Two Heart Event earlier.

Elliott will send you a letter saying he has had an idea. Head to the beach between 7 AM and 1 PM on a day when it is not raining.

When you meet Elliott on the beach, he says that he has fixed the rowboat and wants to take you on its maiden voyage. Once you’re out on the water, he’ll thank you for all your support with his novel. Overcome with emotion, he’ll lean in to kiss you, giving your character the following responses to choose from: