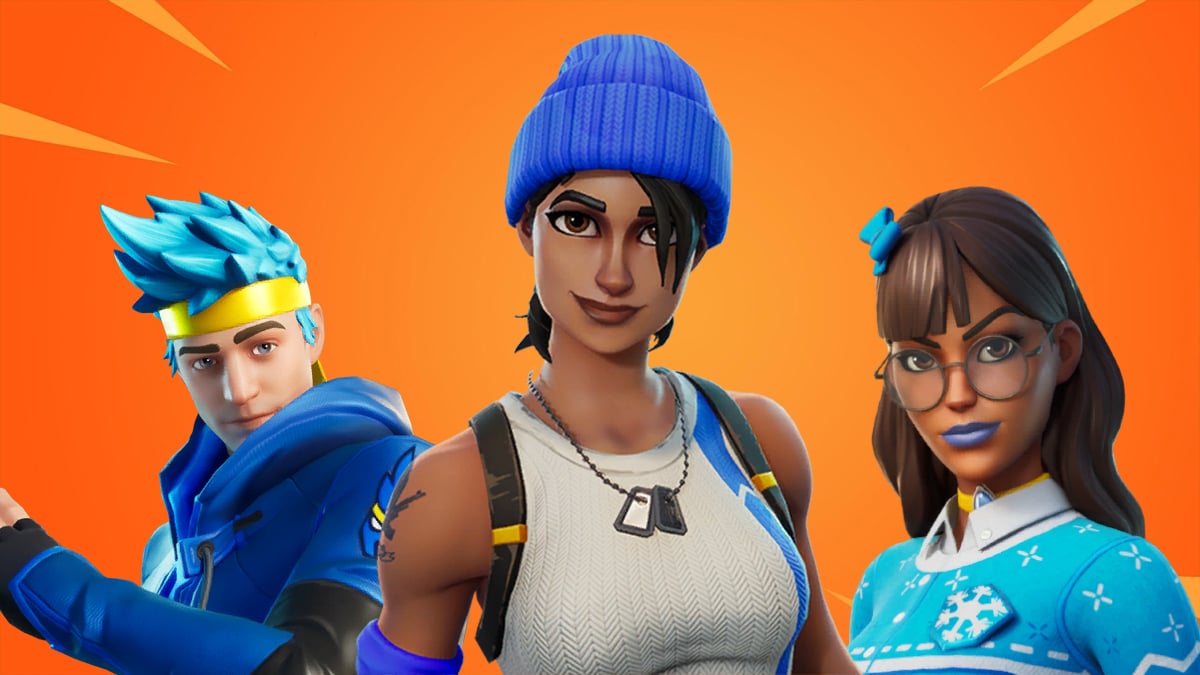 Red vs blue is the classic shooter match-up, but if you don’t want to rock an aggressive red costume, then blue is the way to go. Blue is a color of cool composure, though there are still some pretty fierce blue costumes in the Fortnite closet. Here are the ten best ones you can wear in alphabetical order.

Isabelle first came into the spotlight as part of the Oakwitch Academy set. A few months later, her courses in ice magic were complete. This is as close you’ll get to slinging icicle spells in Fortnite.

Sometimes you just have to go back to basics, and that’s what Blue Team Leader is. We just talked about shooters being a perpetual struggle of red vs blue, so why not rock the signature look of one of those teams?

Sure, Cap is technically red, white, and blue, but one of those colors is a lot more prominent than the others. With Wolverine showing up on the list of the best yellow-colored skins, we just had to include a superhero here too. This is America’s ass skin.

Also on the yellow costume list is Cluck the hatched Easter egg, so why not give the Easter bunny some love too? The pastel blue look is really slick, and whoever decided to take the term “bunny suit” in a double-meaning direction deserves a raise.

End of the Line Set

It might be blue on black, but the neon blue highlights of this set really pop. They mimic the look of the Tron movies, and there are a total of 10 you can equip. As a bonus, there’s a sweet Light Cycle glider to let you tumble to the ground in style.

Nothing says cool and composed like a wild west desperado in a ten-gallon hat. The Fortnite team decided to take this a step further by making the Frigid Foregoer skin literally cool, with icicle accents across his hat and duster.

First of all, that name is hilarious. You’re not fooling anyone, Bill. Human Bill has a few different looks, but the best one shows off his full alien beach bod. He might want to Sharpie on some nipples if he’s trying to pass as a human though.

Ninja owes a lot to Fortnite: it’s the game that caused him to gain major traction and become basically the biggest name in video game streaming. That success fed back into Fortnite, helping to make it the phenomenon that it is today. Even if you’re not a fan of Mr. Blevins, there’s some real history in this skin.

You’ll find Rippley on the list of the best meme skins in Fortnite too. The ameboid design is both silly and slick, with the most gelatinous shade of blue on this list. The fact he’s basically a living can of Slurp Juice is a nice touch.

Fortnite changed forever at the end of Chapter 1, as a black hole sucked in the entirety of the island. This top-tier skin commemorates the event, representing the black hole with a flourish of blue energy over a cosmic, starry body.