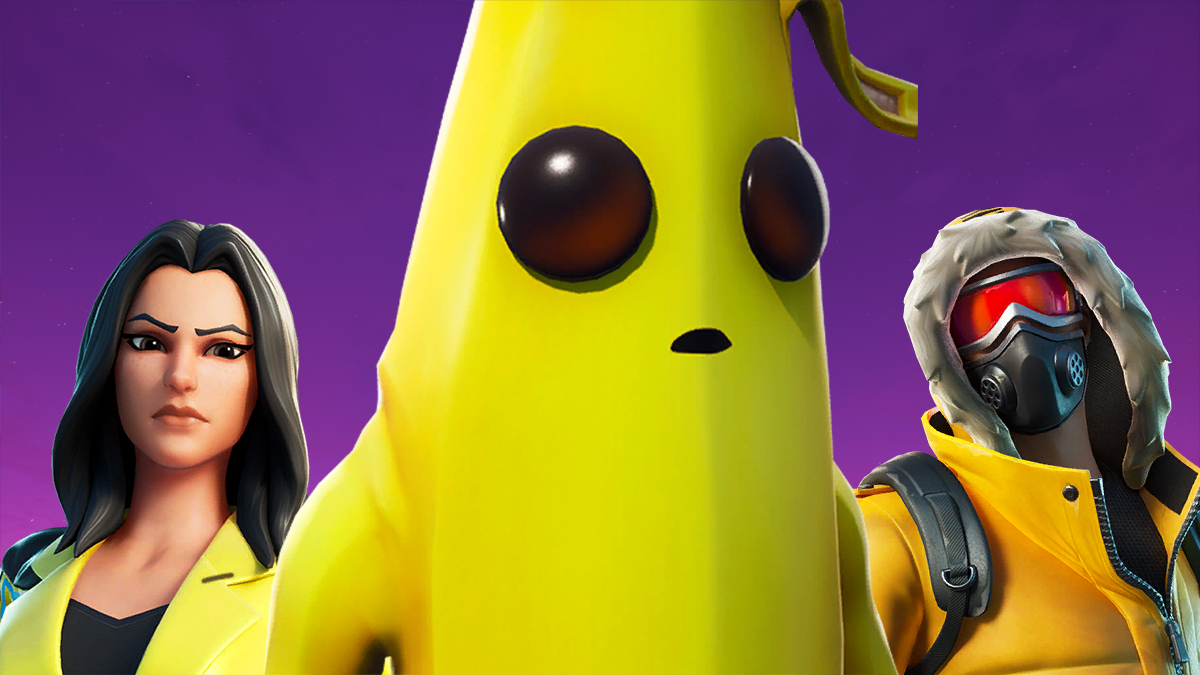 Fortnite has a massive number of skins, so choosing a look can be difficult. One way to narrow it down is to go by color. If you’re looking to wear something yellow, we’ve got you covered. Here are the 10 best yellow-colored skins in the game.

Since we’re going in alphabetical order, we’re starting with real-world hip-hop artist Anderson .Paak. He and fellow Silk Sonic member Bruno Mars joined Fortnite early in 2022, and Anderson rocks a smooth yellow jumpsuit and a bucket hat for one of his two looks.

Caution was added to the game as part of the Beacons set a few years ago. Yellow is the color of real-life caution, as any traffic light will tell you. This skin is for players who want to remain alert to the dangers around them, and Fortnite certainly has plenty of them.

Cluck also made the list of best meme skins in Fortnite. He’s literally an Easter egg, albeit one that hatched into a full chicken. The yellow Marshmallow Peeps’ coloring really brings the whole look together.

Caution isn’t the only skin where the color represents impending danger. A crash test dummy’s life is a series of dangerous tests, yet Dummy manages to remain a pretty chipper chap. The air freshener is a nice touch too.

Fortnite was clearly going for a Five Nights at Freddy’s vibe here since these two skins look like they could join that series’ roster of scary characters in the right context. At the end of the day, the rusted yellow coating says, “don’t mess with the ducks.”

Min-Joon was celebrated from the moment he was revealed. His old-meets-new design made him a strikingly cool swordsman, bringing Overwatch’s Genji to mind for some. The contrasting colors of black and yellow reinforce the clashing design philosophy.

You know Peely was a shoo-in for this list. Bananas are yellow. Peely is a banana. Peely is the face of Fortnite for many (he also made the list of meme skins). This list would truly be incomplete with this potassium-rich inclusion.

Real talk, this outfit just looks super comfortable. It’s like something an athlete would wear in the locker room after a game. It came to Fortnite as part of the Early Explorers Bundle, and that name would imply that this is indeed what an explorer wears when they’re not actively climbing cliffs or spelunking in caves.

Wolverine was another must-have on this list. The blue-on-yellow X-Men costumes are iconic, and they fit right into the world of Fortnite. They pop on the comic book pages, and they pop in the middle of a battle royale too. Those who want to see this mutant in an alternate look should check out the Wolverine Zero Crew Pack.

It says “yellow” in the name, so how we were going to skip this one? Real talk, other than Recline Raider and perhaps Anderson .Paak’s outfit, this another look that you could totally rock in the real world. Definitely take the gun holsters off before your business meeting though.