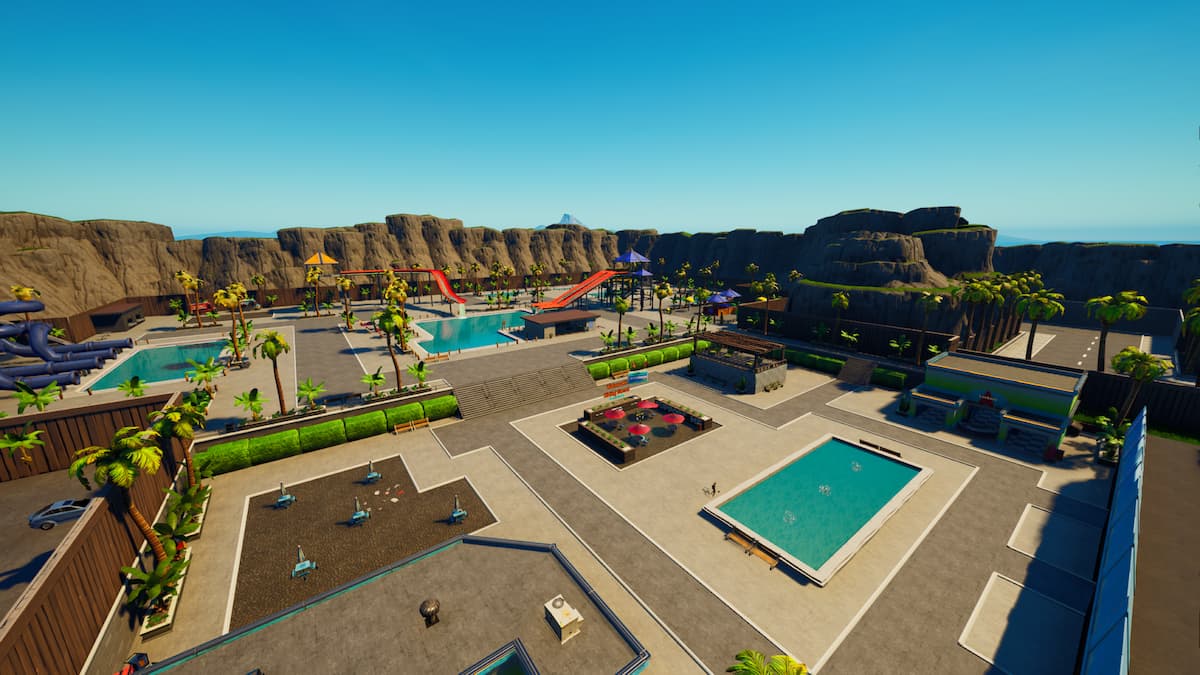 Fortnite’s Creative Mode gives players the power to enter and explore hundreds of user-created maps. Although map codes for Prop Hunt or 1v1 games can be stunning, it’s not hard to argue that Hide and Seek maps are greatest Creative has to offer because a majority of them are large sandbox maps that never get old. Though, Hide and Seek maps can be tough to find, as most of the mode’s maps are rarely featured in the main menu. So, to make your search much easier, here are the 10 best Hide and Seek codes in Fortnite in alphabetical order.

A far departure from most maps, this Alice in Wonderland location is a sprawling maze with everything from bushes to buildings to hide in. Its design also deserves recognition, featuring four colorful biomes at every corner of the map. Despite its looks, we recommend Alice in Wonderland Hide & Seek Maze to veterans hiders, as running away from enemies in its narrow paths is no easy feat.

Mtl_rellik’s Carnival Hide and Seek holds such a high level of detail, we wish anyone playing as a seeker only the best of luck. On one side of the map, players can explore and get lost inside of a fun house of mirrors, a multi-level bounce house, and a massive apple bobbing pool that you can dive into. Most notably, there are also bouncers throughout the carnival to help hiders reach the top of its towering Ferris wheel.

If you already want to get into the holiday spirit, Giant Gifts is a gorgeous location set in a living room on Christmas Day. It may sound too small for a competitive match, but the twist is that each player is shrunken down to the size of an ant. That means you will be able to hide in everything from toy trains, couch cushions, and even underneath the Christmas tree. Those successful in their role can even earn disguises and helpful gadgets for later rounds.

Halloween Hide and Seek Mansion may be one of the oldest Hide and Seek maps, but this classic never seems to lose its appeal because of its heavy emphasis on horror. The map is shrouded in a misty haze with pumpkins and spider webs almost everywhere you turn, giving seekers the option to use a flashlight, arguably the best tool for a map of its kind. Luckily, hiders can explore and camp in its mansion or rivers to gain the upper hand.

Modern City Hide and Seek gives Hide and Seek fans full reign to a downtown intersection, so you can expect it to look awfully similar to Coney Crossroads. The major difference here is that its structures are a restaurant, bank, and hotel, each with hard-to-spot areas that give added difficulty to seekers. Players feeling brave should look to journey to the center of the location with it leading to an expansive underground construction site.

There are hundreds of mansion maps in Creative Mode, though there’s not one quite like Modern Mansion. This location features a small island with a wide four-story home and plenty of rooms to hide in. In addition, hiders also have a swimmable pool, tennis court, numerous garden areas, and a helicopter pad to blend and camp within. Even if you’re simply looking for a sight to see, Modern Mansion is surely worth exploring.

Those who have played Fortnite since its initial launch may want to go nowhere else but Pleasant Park. This map is inspired by the former battle royale point of interest of the same name and functions almost as a replica. For one, each home built around its main park is molded exactly like those from the retired POI, and you can bet there are tons of rooms to remain hidden in throughout every one. This may put seekers at a disadvantage, but the location is boxed in by walls to ensure hiders cannot stray too far.

Although it doesn’t offer much space, The Castle’s main building is one impressive masterpiece. It has five floors, each bearing a maze of narrow hallways, doors, and rooms, and even holds some stunning visuals as every room is handcrafted with an ominous medieval theme. Aside from the castle, the opposite end of the map is home to a minuscule pool house that some seekers may never even notice.

Players desiring to take their intense Hide and Seek matches to open waters will likely have a blast on ajcplays’ The Yacht map. As advertised, this location is a six-floor ship that sports countless decks and control rooms that are tailored-made for hiders. As great as this is, The Yacht truly separates itself from other Hide and Seek maps with its Easter eggs and hidden areas. We won’t spoil where these might be, but be sure to crouch when you find doors that don’t seem to open.

Waterpark Hiding Game isn’t simply a slide with some water. The creation proves it is much more with 10 slides and a handful of swimming pools players can dive under. You can even enter gift shops and restrooms located on the outside corners of the map to keep your position concealed. It is also one of the few waterpark maps that let players leave the area to hide near its neighboring streets. Due to its overwhelming size, it is probably best to bring more than two players to this vast summer paradise.